We’re just back from a two week family holiday, and we chose well. We chose well in terms of our location – Lemnos is a fertile Greek island in the north Aegean, producing amazing cheeses, wines and local honey. Those three products came together to dazzling effect in a tiny beach restaurant near the main port of Myrina. Deliciously crisp fried cheese pies drizzled in thyme honey and accompanied by a glass of local organic white wine is a taste memory that will linger. 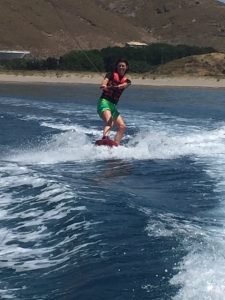 We chose well in terms of the type of holiday we plumped for – an active beach holiday is good for both body and soul. With sailing, windsurfing, water-skiing, tennis, cycling and a full fitness programme laid on there were no excuses for lying flat other than to recover. And as a novice sailor, trying to keep a Laser Dinghy upright in unpredictable gusts required so much concentration that there was no option but to live totally ‘in the moment’.

And we chose well in terms of the timing of our holiday, although we didn’t know it when we booked. Having dispatched our postal votes on the way to the airport we could legitimately ignore the final week of election campaigning. There was sporadic chat around the pool about the impact of Theresa May’s diminished authority on Brexit negotiations, but conversations soon drifted to more pressing matters, like the chapel in a cave we had biked and hiked to see that morning, or to compare bruises after capsizing in the bay. 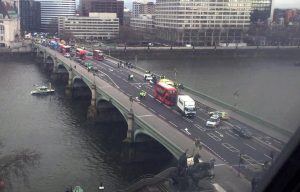 But bad news still filtered through. We stared in disbelief at our phones as news broke of the London Bridge terror attack. We learned with horror of the devastating loss of life caused by the Grenfell Tower fire, and watched the rising death toll and the apportionment of blame. And in a quiet moment I sat by the pool and watched video footage of Manchester bombing victim Eilidh Macleod’s coffin being carried across the beach at Barra before her burial.

But we were on holiday, and with so much else to do and explore, we weren’t sitting in front of screens or in earshot of broadcast news all day every day, as reporters issued minute-by-minute updates and rival politicians pointed political point-scoring fingers of blame. Being voluntarily divorced from 24 hour rolling news was a blessing; that was a holiday in itself. News highlights – twice a day at most – were enough to keep us informed of what was going on. Isn’t that how things used to be? 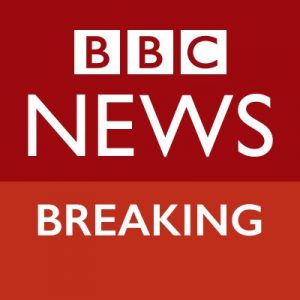 Do we really need 50 broadcast journalists at the scene of every tragedy, each reporting the same details, each trying to get an interview with the same eye witnesses or police officers, each prying further into the personal lives of the victims in order to feed the hungry beast of 24 hour rolling news? None of us needs these constant updates or minute details, yet we feel compelled to watch, or to refresh our screens. How soon we hear each detail makes no difference to the outcome or impact.

There is no doubt that my post-holiday mood is lighter and more carefree not just because of the break from work and the benefits of fresh air and exercise, but because of my break from total news immersion. Little of what we are subjected to via broadcast media and the portable screens that are in our hands, pockets and bags 24/7 is heart-warming or life-affirming, and just because we know that it has happened – immediately – doesn’t solve the problem.

So I wonder whether I have the discipline to limit myself to the same pattern on my return to real life. Psychologists are recognising a correlation between never-ending exposure to catastrophe and terror, and stress and depression. Some go so far as to recommend a total ban on current affairs, others suggest a ’30-day news detox’ to help ‘reset the system’.

But sticking our collective heads in the sand – even temporarily – doesn’t make the world’s problems go away, nor does it help us, as an electorate, to collectively choose the leaders who might best help move us beyond our current situation. Keeping ourselves informed is part of our duty as citizens, and it helps us to each put our own lives into a broader perspective. But there’s no need for us to catch every bulletin, watch every update, and follow every live news feed.

So I am heading back to the 80s – or back into holiday mode – as far as news is concerned. I’ll be updating myself a couple of times a day and that will have to do. And while I’m doing that I’ll be trying not to dwell on terror and fear, but to do as American children’s TV presenter Fred Rogers famously advised, and ‘look for the helpers’. There are terrorists and fanatics in our world, but they are far outweighed by the helpers – members of the emergency services and health workers whose ranks are bolstered by citizens with the instinct to run towards a blast or explosion, in order to do what they can for those injured. 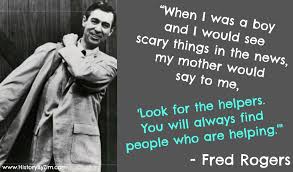 If my holiday has taught me anything, it’s that an insatiable desire for 24/7 rolling news isn’t doing any of us any good.