I opened the door to my postie on Monday morning and was pleased to see him back. But where had he been? On holiday? Moved to another route?

No – our postie had been in hospital, and to prove it (he was still wearing shorts, in spite of the clocks having gone back) he showed me the bruises on his leg. I took his word for it that they extend over the whole of the left side of his body, as he told me that he’d been involved in an accident. 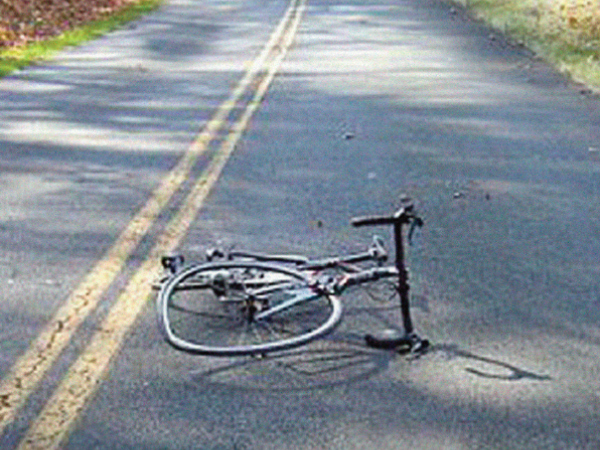 Think posties and accidents and you might immediately think of dogs, but this was nothing to do with his work; in fact he had finished his rounds and was cycling home when it happened. A car had collided with him at a busy junction as he was cycling uphill, knocking him off his bike, projecting him across the road into the opposite carriageway and wrecking his bike in the process. Had there been a vehicle coming in the opposite direction at the time he might not have been on my doorstep to tell the tale. 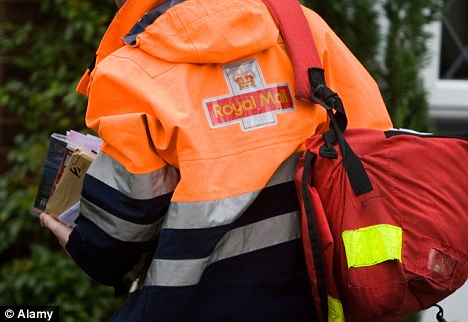 My postie was still wearing his work jacket when he was hit. You know the type, bright orangey-red and covered with silver reflective panels. Hardly camouflage. He also had a bright bike – light green in colour. He had noticed the car approaching the junction as he was cycling and had reasonably, but wrongly, assumed it would stop.

Police and ambulance were called and, as he had spiking blood pressure, obvious injuries and suspected concussion (later confirmed), the paramedics were taking no chances. They asked the profusely apologetic driver to leave the ambulance so they could get my postie to Raigmore to be checked out. He was kept overnight for treatment and observation.

Unfortunately this is not a one-off situation. Far too many cyclists are knocked down, injured and killed on our roads, and, with the clocks having just changed and the dark nights here for another six months, my fear is that accidents will become even more commonplace during winter.

By his own admission my postie wasn’t wearing a cycling helmet – he knows now that he should have been. But a helmet, while it might have protected his head and lessened any concussion, wouldn’t have prevented the accident from happening. 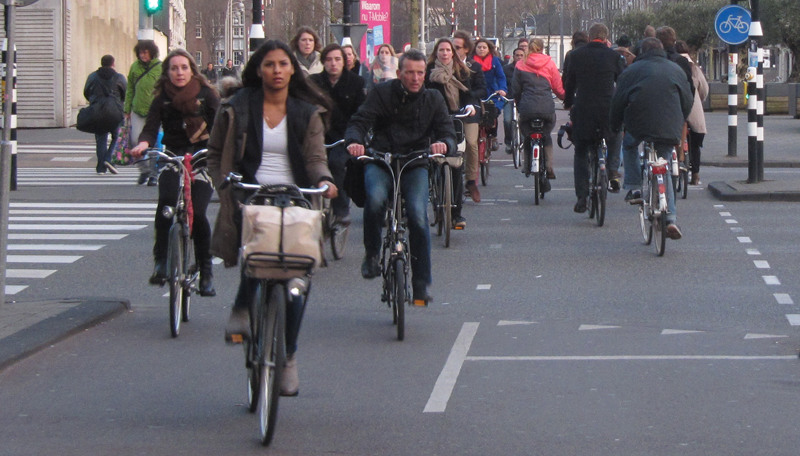 Cyclists in Amsterdam. Safety in numbers, and not a helmet to be seen.

I regularly cycle throughout Scotland, and cycled on holiday this summer in France and Greece. In both those countries – and even more so in the Netherlands, where I have cycled on several occasions – I have felt safer and less threatened by motorists than I do at home. European drivers consistently seem to respect the cyclist’s right to share the road, giving both a wide berth and time. In fact, as “Brits abroad” in Greece and the Netherlands in particular, we were easy to identify primarily because of our helmets. The locals felt safe enough not to bother, even on mopeds in Greece.

There seems to be a mentality in this country that when some drivers get behind the wheel they feel they “own the road”. There is a common misconception that by paying “road tax” they have a greater right to use roads than cyclists. Nothing could be further from the truth – road tax was abolished in the UK in 1937 and replaced by Vehicle Excise Duty, which is a tax on cars, not roads, and it goes straight into the general Treasury fund.

Our roads are getting much busier. I know, as I cycle around Inverness, that I can cross the city centre far more quickly by bike than I can by car, and that’s without skipping red lights, riding on the pavement or sneaking up the left-hand side of stationary traffic. Perhaps it’s the relative agility in traffic that I have as a cyclist that makes some motorists act aggressively towards me. Perhaps they wish they were on two wheels and making progress, rather than on four wheels going nowhere. But instead of taking out their frustrations on cyclists, they should thank us. If cyclists were all in cars instead, the queues at junctions and lights would be even longer.

I hope my postie makes a speedy recovery – he’s back on his (old) bike, helmet on head, but nervous now in traffic, he says. And I hope the driver of the car is relieved that his injuries weren’t more serious, and will be more careful in future.

But what we need is a change in mind-set. Cycling is terrific. It’s great exercise, fabulous for the environment, and an excellent way to build a little fresh air into a working day. Investment is (slowly) bringing more cycle lanes into our towns and cities, which is always welcome – but, until the minority of motorists who consider cyclists to be lesser beings are educated to change their ways, people like my postie are still going to be knocked to the ground. And next time it could be more serious. 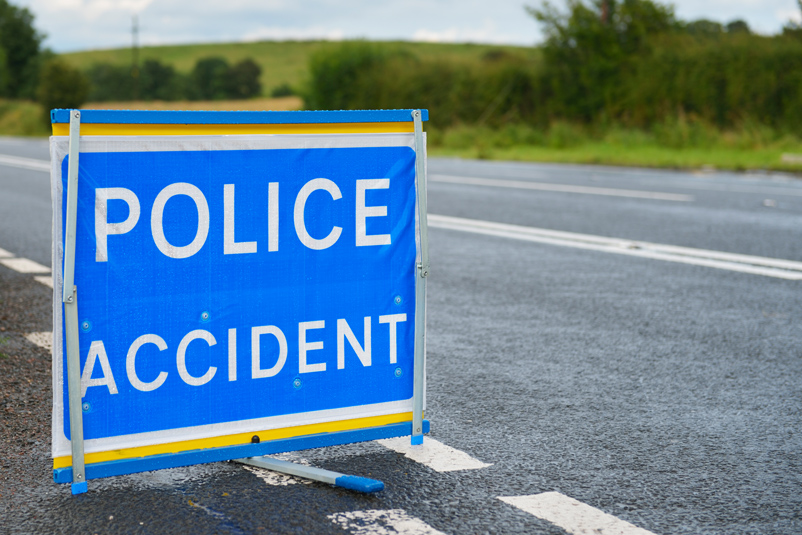