I didn’t make it to Belladrum last weekend, but all the photos and videos posted by friends on social media gave me a pretty good flavour of what I missed. Lewis Capaldi’s blend of ballads and banter seems to have won over the Tartan Hearts, closely followed by Peat and Diesel. There was warm love for Colonel Mustard and the Dijon 5 and for Johnny Marr, and in true festival fashion, there were one or two who had a few too many shandies. I’m thinking here of the video of the bloke who had come to watch his fiancée’s performance in Highland Voices Choir, and who was ‘a little unsteady on his feet’. By Monday morning it had been viewed more than 32,000 times… I hope he’s been forgiven!

And the sun shone at Bella. I should have been there. But don’t feel too sorry for me – instead I was in Edinburgh for the weekend. I love the city when it’s in full, chaotic Festival flow. It lifts my heart to wander the Royal Mile watching world class street theatre and hearing all the buskers, and I love the chance to catch shows that I’d never usually get to see; shows to make me laugh and shows to make me think too.

Instead of Bella, some eye-opening drama 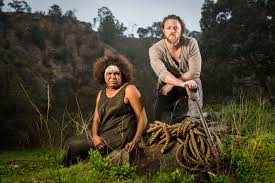 I was warned to take tissues to Sydney Theatre Company’s adaptation of Kate Grenville’s novel ‘The Secret River’. The novel has been on my bedside pile for maybe four years, still waiting for its spine to be cracked, so this would be the chance to find out what it was all about.

The story is set in the early 1800s. Londoner William Thornhill has been convicted of theft and sentenced to hang; instead he is deported ‘down under’. After four years he is pardoned, but he has few prospects of affording a passage home. But why come home when there is land in Australia that’s just there for the taking? Sure, there are a few ‘savages’ on the land (the play does not shy from using the language that would have been used at the time), but surely they can be persuaded to move along? Thornhill finds a fertile 100-acre patch on the banks of the Hawkesbury River and stakes his claim. He is only one of many who did so – 162,000 British convicts were deported to Australian penal colonies over an 80-year period.

There’s a struggle, of course, between the white settlers and the indigenous people. The settlers have guns. It doesn’t end well. But of course, we know that it doesn’t end well. The white colonisation of Australia – Captain James Cook ‘claimed’ the land for Britain in 1770 – lead to violent massacres and large-scale displacement of First Nation people from their land. The settlers brought diseases to which the indigenous people had no immunity and they brought alcohol, tobacco and opiates, causing addiction problems from which, it is said, some communities have never recovered. 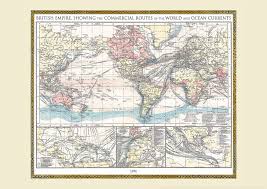 We did this. British people, by arrogantly imagining we were better than indigenous people the world over, shamefully ruined countries and customs and ways of life. And although I have always known that – at primary school our teachers proudly showed us all the pink bits on the map and applauded the brave explorers who founded our Great British Empire – until I sat in that theatre on Sunday evening, and watched the story of two families unfold before me, I didn’t fully understand it.

Displacement of people from their own homes and lands has not just been the fault of we Brits throughout the years – the Romans and the Vikings were at it too, and the Spanish and the Dutch… even the Belgians carved their slices of empire from wherever they could land. From the Russians and the Nazis and the impossible question of Israel, our history is full of stories of unrest and war, of conquering and occupation, of colonisation and settling, regardless of the rights of those who were there first, or who are there now.

What makes some of us think we are better than others?

There must be something deep within our psyche as humans that makes us want to stride out and conquer; to own and occupy, and for some to think we are better than those they seek to overpower, merely because their ways are different, or we can read and write, or we have bibles or have a lighter tone of skin.

The Secret River didn’t make for a night of fun and frivolity (although there was plenty of that elsewhere at the Fringe), but three hours flew by, and my goodness the play made me think. I’ll be cracking the spine of that bedside novel soon.

And for some light relief, I’ll be booking my tickets for Bella 2020 as soon as they go on sale*. With the change of dates, I can do it all. And for the bits I miss? There’s always social media and YouTube!

Got any feedback? For that or anything else, contact me here.