If you’ve not yet watched BBC ALBA’s hour-long documentary about Charles Kennedy, can I suggest you add it to your TV watch-list?

‘Charles Kennedy, A Good Man Speaking’ profiles the late Highland MP from his upbringing in the family croft at the foot of Ben Nevis, through to his burial in its shadow five years ago. Kennedy died at the age of 55, just three weeks after losing his Ross, Skye and Lochaber seat to the SNP’s Ian Blackford. He had served his Lochaber constituents through name changes (both constituency and party) for 32 years, after first winning the seat at the age of 23.

I met Charles Kennedy a handful of times, the last time at a dinner I was hosting in Inverness just a few months before his death. He was a popular man, always genial and entertaining in company. BBC ALBA’s documentary left me mourning afresh a Highlander with sharp intelligence, a canny political brain, and more principles than I can find as I cast my eye over the current Westminster cabinet.

It’s a timely reminder not just of the man we have lost, but of a vast change in our country’s political profile. And if we use his political integrity as a standard by which others should be measured, I’d suggest there’s a fair bit of catching up required before others can reach his mark.

He spoke for me

In the early 2000s, when Kennedy was leader of his party, I felt he spoke for me. He believed in good education – Lochaber High School and Glasgow University had served him well – and argued for higher taxation to fund it. He led his party against the Iraq War, and history has proved he was right. And he was passionately pro-Europe.

I wasn’t the only voter to be attracted to the fairness and decency of his politics, to his integrity or to his apparently straightforward policy of doing the right thing. As he led the Lib Dems through two general elections, he achieved his party’s greatest number of seats since 1923. There was clearly an appetite amongst the electorate for something between the cavalier shininess of New Labour, and the dusty, selfishness of the Tories. We found it within the reasonable electoral promises of the party in the middle.

Of course, Charles Kennedy wasn’t the perfect politician – that simply doesn’t exist. A regular on ‘Have I Got News For You’, he earned the nickname ‘Chatshow Charlie’, but look what a platform and profile it gave him. Here was a politician who understood how to communicate, not just with a TV audience, but with his constituents and his opponents too. By contrast, I’ve just had to resort to Google to remind myself that Ed Davey is the current leader of the Lib Dems. Davey’s only been in post for six months, and it’s harder to make your mark in opposition with only 11 seats during a pandemic, but still… 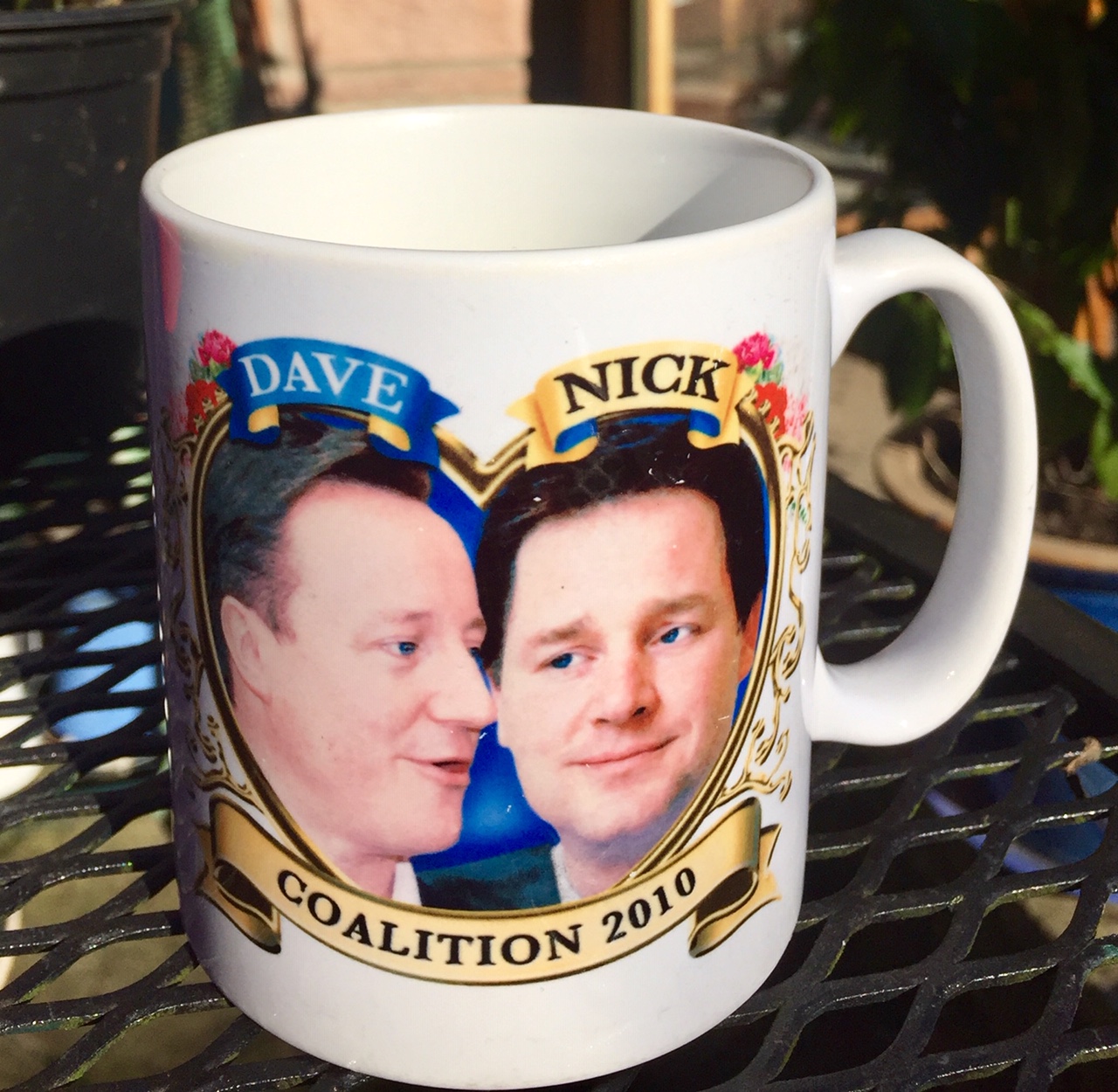 Want it? Make me an offer…

Ah, that word opposition. The Lib Dems have found government to be fairly elusive over the last century, but as kingmakers their influence has been felt in Scotland, with changed to tuition fees and electoral reform. Then again, who can forget the Cameron-Clegg engagement announcement in Downing Street’s Rose Garden in May 2010? It seemed so incongruous that I panic-bought an ironic commemorative mug. It’s still somewhere at the back of the cupboard.

Kennedy opposed that Cameron-Clegg coalition, albeit from a much weakened position, and it was the start – in my mind at least – of the party’s slide to its current lowly position. How different things might be today if the pact had been with Labour. For starters, we might not have had to suffer Brexit.

‘What if’ doesn’t get us anywhere

But ‘what ifs’ and ‘wonderings’ don’t get us anywhere. Kennedy struggled with alcoholism, his performance as party leader and politician diminished as a result, and he was forced to resign. He lost his seat, his career and ultimately his life.

His was a short life, but a life well lived. What the documentary tells us, alongside the story of a man, his strength as a politician and his deep-seated humanity, was how respected he was by his colleagues, his constituents, and his sparring partners. And it also shined a light on how deeply damaged he was by his political detractors.

With the benefit of hindsight, it’s clear that politics is poorer for his demise. I wish politicians could all channel a little bit more Charlie.

This is published by Highland News and Media in six of their newspapers across the north of Scotland. If you can, please support print media and the future of independent  journalism by buying a paper!

If you’d like to receive my column in your email inbox every week, why not subscribe? It’s completely free, with no spam, ads or other undesirables. Just pop your email address into the widget on this page here.