Last weekend my Facebook feed was full of runners. On Saturday I saw their ‘one more sleep’ posts and their last requests for sponsorship. On Sunday morning I saw their ‘breakfast of champions’ posts. And on Sunday afternoon my feed was full of relieved smiley faces, finishers’ medals and messages of thanks.

It could have been the weekend of any mass participation event and goodness knows there are plenty of them, from Beast Races and Tough Mudders through cycling sportives, the Highland Cross, Race for Life or any number of hill runs, half marathons, Kilt Walks and more. It’ll soon be the season for turkey trots, New Year Loony Dooks and The Strathpuffer. And so, the year continues. 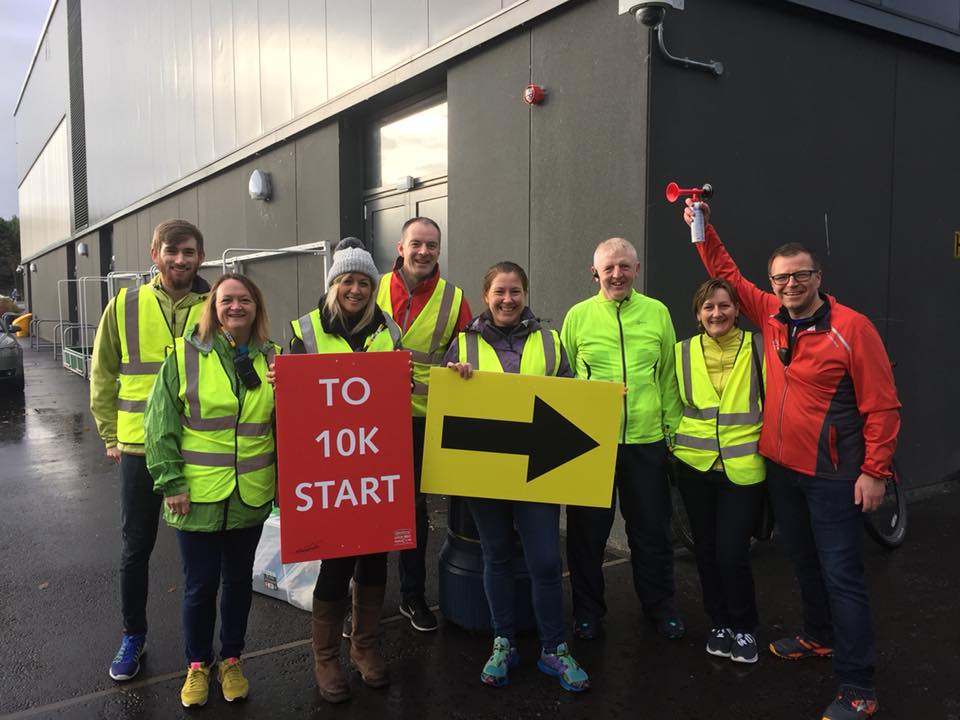 Last weekend was the biggest sporting event in the north of Scotland – the Baxter’s Loch Ness Marathon and Festival of Running, and it welcomed over 8000 participants to the Highland Capital from 48 countries around the world. In spite of a dodgy forecast it turned into a perfect day for it; cool and crisp, with barely a breath of wind.

I’ve been there for every one of the 17 festivals since the first, either broadcasting, participating or commentating. This year I was back on the microphone for the 10K, making sure the 2000 runners at the starting line had their race numbers correctly attached, got their bags onto the right transport lorries, and were funnelled into the start gate in approximately the right order, and on time. And I shouldn’t say this, but it’s one of my favourite working days of the year. The atmosphere is always electric and, feeding off it, I get the best runner’s high without even breaking sweat. 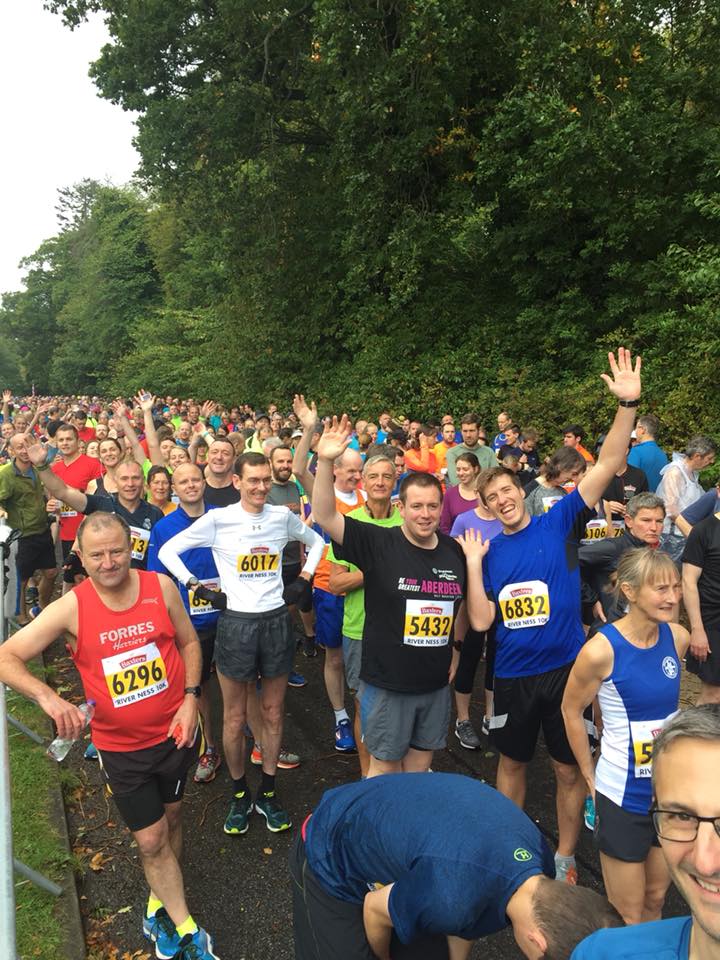 My 10K commentary notes contained details of the course records and of the runners who were expected to gain a podium finish. The elite athletes put us to shame in terms of pre-race training schedules and on-the-day performances, and they deserve all the plaudits and adulation they receive. But for me, as usual, it was the charity runners, the first-timers and the people who had come ‘to run in Scotland’ who made my day.

I always get to the start line early because that’s when there’s time to talk, and to hear the stories. It was humbling.

I spoke to Jacob from Norway. He couldn’t believe how beautiful – and cold – Scotland was.

I spoke to Mark Leinster, wearing army fatigues and fundraising for the charity Combat Stress. Mark was running with a 35lb back-pack and an eight-foot-tall flag pole bearing a Union Flag. The flag was at half-mast out of respect to the many veterans – some of them Mark’s friends – who have lost their lives to suicide because of PTSD. Mark was open about his own struggles; the charity has helped him to rebuild. On Sunday he was giving back.

I spoke to Becky. She and her husband, Mum and two younger children had driven to Inverness overnight from Brighton. Her husband was running the marathon, Becky was tackling the 10K and Granny and the kids were doing the 5K. They were running in memory of Becky’s son Alex, who died of cancer just before Christmas. He would have been 14 in January. The family had been supported by the Teenage Cancer Trust and the whole family were fundraising to give back. As Becky said, “Running was my way of coping with Alex’s illness and his death. When I run, I feel closer to him.” She showed me his photo on her phone. He was a handsome lad. We hugged.

Of the other runners over 200 were fundraising for MacMillan, many more for Alzheimer’s Scotland, Maggie’s Highland, The Highland Hospice and Cancer Research UK. There was a sea of red t-shirts as over 100 Highlanders, rallied by STV’s Nicola McAlley, took part to raise money for life-changing treatment for Nicola’s four-year-old nephew Sam. And there were many, many others.

Last year over £600 000 was raised for charities by runners taking part in the festival; it’s likely to be a similarly impressive sum this year too. But it’s not just about the charity runners and the elites – the field was packed with people for whom Sunday’s run was their own personal Everest – people who had overcome anxiety and depression, people who had beaten cancer or were running in spite of it, people who were celebrating getting a replacement hip.

For everyone who shared their story, there were 100 others who kept their reasons for running to themselves. But whatever your reasons, you all did it. Wear that medal with pride. You have my utmost respect. 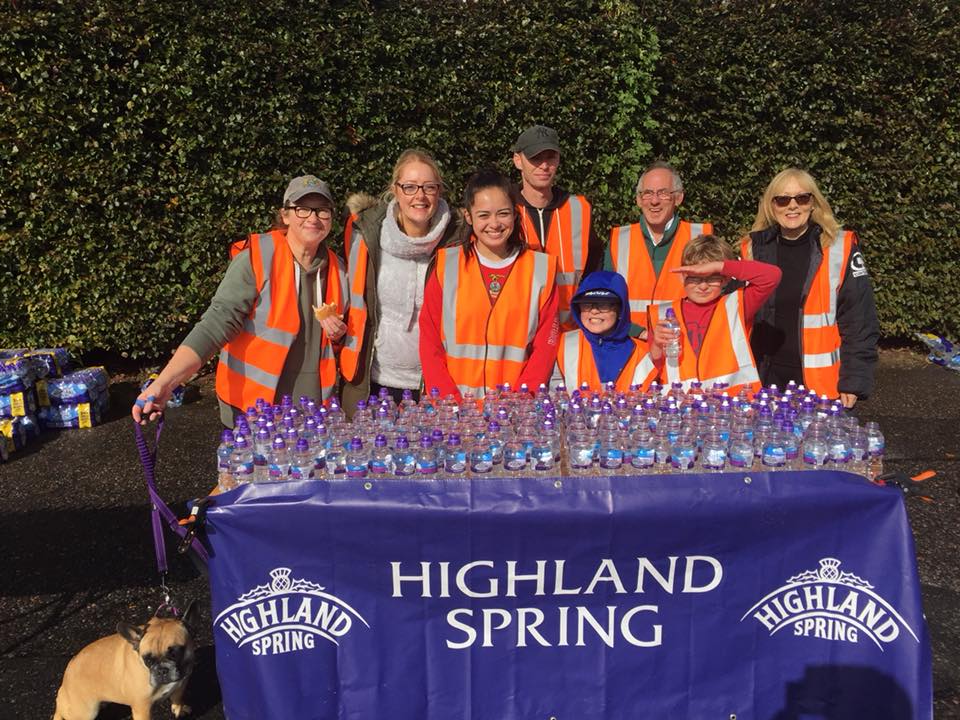 This post first appeared in Seven Days, published by SPP and issued with The Inverness Courier, The Northern Scot and four other titles across the north of Scotland, week ended 28th September 2018.