There is no doubt about it; during spring and early summer my neck grew six inches. I was trying really hard to stick to all the rules about staying at home, washing my hands, wearing a mask and social distancing, but became convinced everyone else was flouting them. I looked for rule-breakers everywhere. Finding them made me resentful and angry.

Piling my supermarket trolley high with all the supplies our family needed for the next ten days, I couldn’t help but judge the couple in front of me at the checkout buying just a handful of treats. Food for the week? Hardly!

Don’t get me started on people who didn’t sanitise either hands or trolley, or who asked to ‘Just squeeze past’ in the veg aisles, then handled every cauliflower on the shelf. God help me if they wore their mask under their nose. 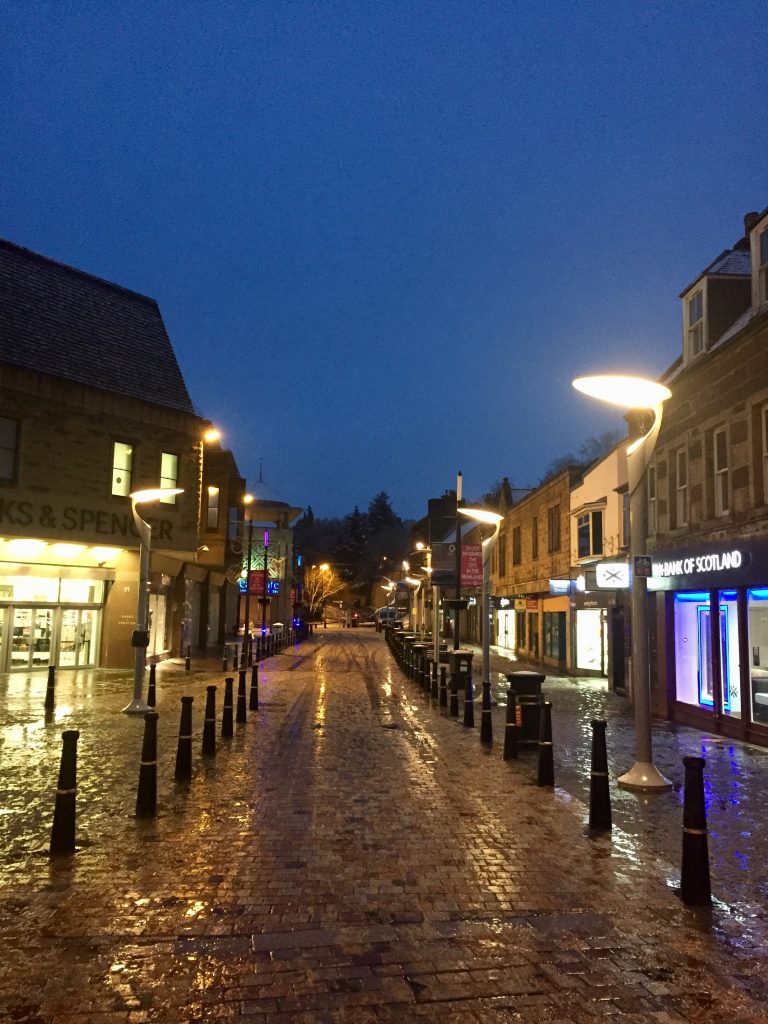 Compliance in Action; Inverness city centre at 4.30pm on Monday.

But however much they stressed me, the examples I witnessed were rare. The vast majority of us were, and still are, sticking to the rules as best we can. Apart from a few widely-reported parties and nights out, most of us are decent, sensible, and community-minded enough to be doing our bit by staying at home, working from home, and educating our kids at home, however tough it might feel.

After all, as we keep being told, hiding from the virus till the vaccine is rolled out is the only way we’ll get back to life with pubs, restaurants, theatre, live music, a vibrant economy and – vitally – hugs from our family and friends.

Sticking to the rules isn’t working

For almost a year the message from our governments, both sides of the border, has been the same; stick to the rules and we’ll beat the virus. But – and I know this won’t be popular – simply sticking to the current rules is patently not working. Infection rates are increasing, and Covid-related hospital admission rates are higher than at any time since the pandemic began. All of this begs the question; have our governments ever acted robustly enough in the face of this pandemic? Are our restrictions tight enough? How are the rules being enforced? 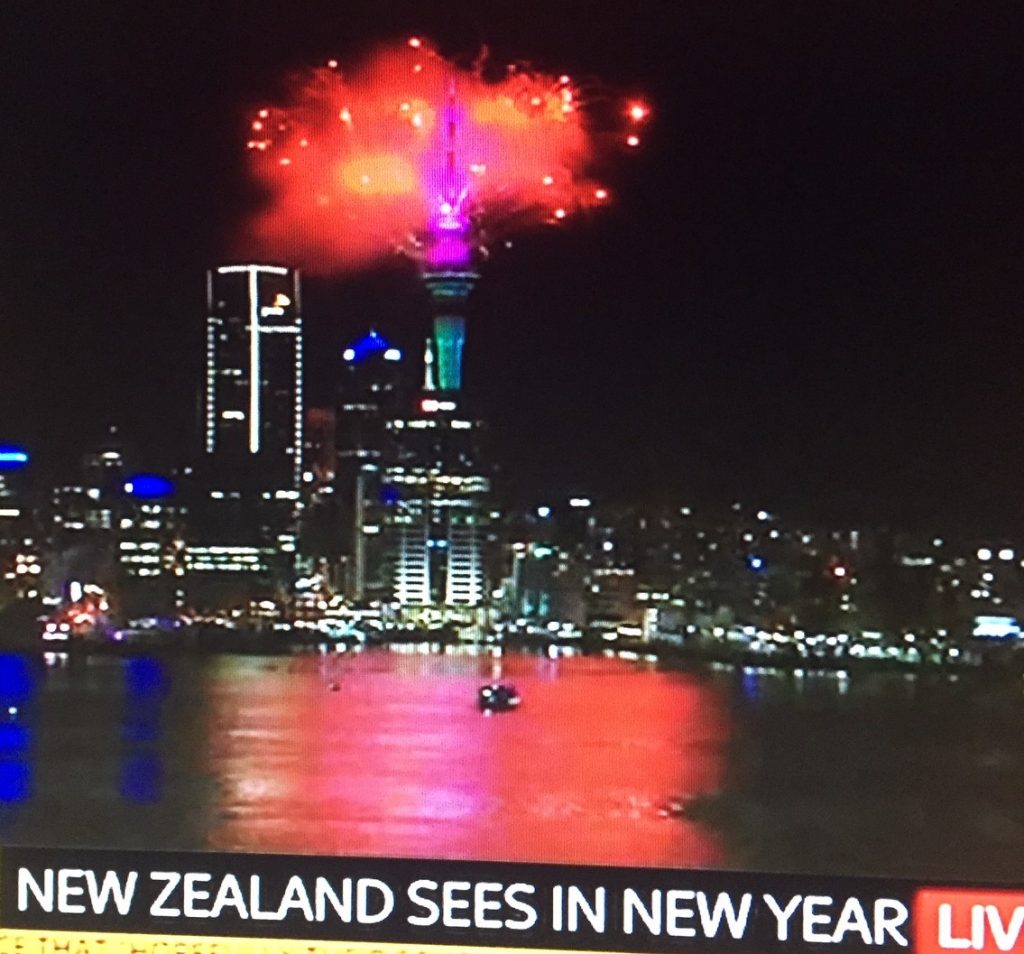 New Zealand deserved to be celebrating the New Year. With decisive action from our government, it could have been us.

At 11am on Hogmanay the TV was on in the background as I did my usual mad cleaning before New Year. Like everyone else in Scotland, our Hogmanay plans were low key – something nice for a family dinner, then a couple of hours of what Daughter #1 optimistically calls ‘organised fun’ before a dram or two at the bells.

On the telly, 2021 was being welcomed in Auckland with a massive firework display. The city’s streets and harbour were buzzing with t-shirted people in their thousands. They were hugging. They were celebrating. It was everything a Hogmanay should be.

And they deserved to be celebrating. Having swiftly closed borders, and only allowing non-citizens to enter the country under the strictest of conditions (and with quarantine), New Zealand has had no community transmission of the virus since mid-November.

I applaud New Zealand, but my admiration was, and still is, tinged with sadness and jealousy. Why not us? As another island nation, couldn’t the UK government have swiftly closed our borders to similarly protect us from the spread of the virus? Apparently not. Apparently, we Brits wouldn’t have taken well to our freedoms being curtailed. And apparently closing our borders would have had too big a negative impact on our economy.

We dithered, with terrible consequences

Instead of swift and decisive action from which we could already have recovered, we dithered. Only now, (ten months too late, in my book) are passengers travelling into the UK required to provide evidence of a negative Covid-19 test. I can’t comprehend why this hasn’t been in place all along.

New Zealand isn’t the only country where swift action has reaped dividends. Spain isn’t out of the woods yet, but their first lockdown was immediate, harsh and rigorously policed, with people being fined €1000 for taking too long to drive home from the supermarket, or for not being able to prove the dog they were walking was their own. These stories came from my Dad who lives part-time in Andalucía; he feels safer there than in Scotland.

Having more restrictions is absolutely the last thing I want. I know I’m in a better situation than most, having family at home, and still with some income coming in. But if acting decisively beats the virus, saves lives, allows the economy to reopen up again and lets the NHS get back to treating non-Covid patients, that’s a bitter pill I’m prepared to swallow.

This is published by Highland News and Media in six of their newspapers across the north of Scotland. If you can, please support print media and the future of journalism by buying a paper!

If you’d like to receive my mutterings in your email inbox every week, consider subscribing. It’s completely free, with no spam, ads or other undesirables. All I need is your email address, which I’ll never sell.

Constructive feedback and comments are welcome, as are your stories and plans. Stay safe and well.