“As much as we might think we know about the impact that Maggie’s Highlands and The Highland Hospice must have on the people who turn to them for support, we haven’t got a clue. Until you’ve needed them, turned to them for help, and been embraced into their care, you can’t possibly know how valuable they are, and how lucky we are to have access to them.”

These are not my words, they’re the words of my friend Sasha, who I met for coffee in Inverness on Saturday morning. Sasha and I have caught up several times since her husband Des died of cancer just over three years ago. We always talk about Des when we meet, but this time – bar some chat about house-sitting, and a coat I’d bought that’s too small for me, we only talked about Des. That’s because I’ll be interviewing Sasha at The Big Highland Auction, which will take place online, and in person, at Dingwall Auction Mart on Saturday 27th November. 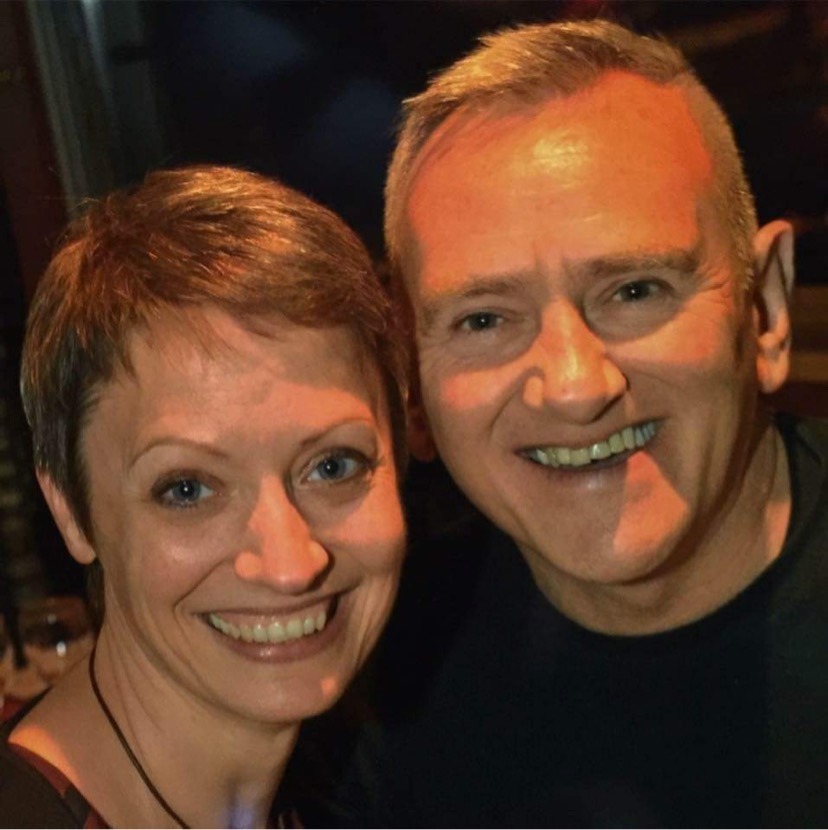 Sasha and Des, celebrating their wedding anniversary in Paris, December 2016

I know Sasha and Des’s story. I know their love story, their holiday stories, their theatre stories, and their Hawick and Barcelona stories. I figure in a few of those stories too, as do some antique port glasses we filled and refilled too far often one night. There’s another story about bungee cords, and there was always song and always laughter. And at the end of the night? One for the ditch. As if that final one was ever needed…

Des loved life. And then he was diagnosed. And his love for life continued. It might even have strengthened. He remained vital, funny, adventurous and zesty, until his body gave out. His spirit lives on, of course, in the memories of all of us who knew him, and in the way in which he made our lives better. No matter what pain he was in, or what fresh prognosis he had just received, we always felt valued and important in his company. The word ‘flirt’ could have been invented for Des. I’m smiling as I type.

The charities allowed them to carry on living

Neither Maggie’s Highland nor Highland Hospice could have saved Des’s life, in fact, no-one could. Not the brilliant and dedicated staff at Raigmore, not anyone. But what the charities did do, Maggie’s initially, and later the hospice, was they allowed Des and Sasha to carry on living during a terrible, terrible time.

Maggie’s were there with the widest range of both practical and holistic support; advice on financial matters, when it became clear Des wouldn’t be able to carry on working, and psychological support, which they both leant into. There was nutritional advice, too, plus Tai Chi classes. Crucially, there was a kettle and a place to sit, be sad, be alone, or be together, or to talk over fresh news, just delivered from Raigmore next door, in an unhurried way, with someone who completely and utterly understood.

And the Hospice, when that time came, gave them both a safe environment in which to live while Des was dying. It gave them happy memories, which have nourished Sasha for these past three years. It was their sanctuary.

A safe environment in which to carry on living

As Sasha says, “The Hospice was just such a safe environment to be in when our world was falling apart. As much as I’d have loved to have him at home, I felt safe there too.

“The hospice staff took all the responsibility. Des was where he needed to be, so we could relax into being ‘normal’. There was so much laughter, in spite of everything. Des was desperately ill, but they still let him go out for a pint. We nipped across the bridge to The Glenmoriston, and even made it to La Tortilla once or twice. Then they moved a bed into his room for me so I could stay all the time. It was like being amongst friends.”

Sasha still finds it tough. It’s almost incredible that Des has been gone for three years. She still counts some of the hospice staff as friends, and still pops into Maggie’s, saying that without their support over the last three years, she would have crumbled.

Sasha will be talking before the start of The Big Highland Auction. They aim to raise £150,000. Sasha just wants people to understand the impact the charities had on her and Des’s lives, and how unbelievably lucky we are to have them. But they need funding.

Christmas is coming. Why not check out what’s available in the auction?
https://thebighighlandauction.co.uk/

Thanks for reading.
You can also find this column weekly across six of the titles owned by Highland News and Media.
Comments, thoughts, feedback and ideas all welcome :)