It’s that time of year again. As university terms start across the country, parents and their almost-adult off-spring will be stuffing bedding, clothes, books, laptops and family packs of pasta into the back of estate cars, and spreading out across the country to off-load precious cargo, maybe not to be seen again till Christmas. By the time you read this Mr Marr and I will be childless again. But this is the fourth year that we’ve been saying our goodbyes. And it’s almost getting easy. 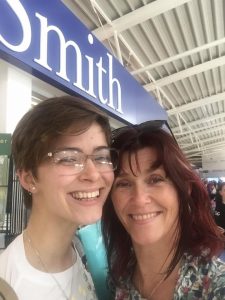 Daughter #1 flew from Inverness to Amsterdam. To our surprise (and hers) she was accepted onto the Universities’ Erasmus scheme, and will be spending the third year of her course studying in Utrecht. Before you ask, no, she’s not spent this summer doing a crash course in the Dutch language – the university teaching is all in English. At least we think it is…fingers crossed she checked the small print…

Daughter #2 is still in Greece, although due back home any day. While we were there on a water-sports holiday in June she fancied the idea of working as a kids’ club rep, so spent an afternoon in the bar filling in an application. Within a week of our return home she had a job offer, and has spent the summer dragging 6-12 year old kids around the seaside resort, getting involved in pool games, kayak races, tennis fun and face painting. Lots of face painting. She flies back to the UK just in time to start her second year at Glasgow University – if we’re really lucky we’ll get to do her washing before we drive her and assorted belongings down to her student flat.

So how are we feeling about all this upheaval? Remarkably calm and – truth be told – quite looking forward to having the place to ourselves again. Which is a far cry from the situation we were in three years ago.

Rod Stewart got it right when he sang ‘The First Cut is the Deepest’. It’s not just about heartbreak in romantic relationships  – the first time your first child decides to up-sticks and leave (whether to University, to take up a job at the other side of the country, or, as in our case, to travel to a fairly deprived part of Central America for a year ) the wrench can be almost overwhelming. If that’s you this weekend or next – taking your first child off to drop them in decidedly shabby looking halls of residence with endearingly eager looking flat mates, then you have my sympathy. But be assured – every parting gets easier.

In the weeks running up to Daughter #1 leaving us for the first time there was a stab of pain at the most unexpected moments – at the thought of her room being empty, at the thought of her teaching a class of 10 year olds all by herself, and at the thought of not knowing if she’d be ok. Putting her onto the flight was agony. Coming home afterwards the house seemed too big. I routinely cooked too much food, and as well as the very presence of her, I missed the sounds of her music coming from her bedroom, and I even missed hanging up her quirky student clothes. But in time we got used to her absence, and imperceptibly the three of us who were left behind occupied the gap which had held four. It helped to know she was happy and safe – good Wi-Fi kept us in close contact. 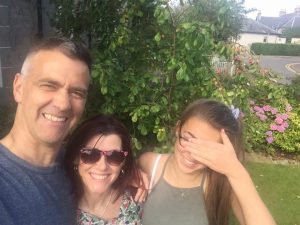 Each subsequent departure – no matter which child – gets easier. I think Daughter #2 felt a little unloved when I didn’t wail and gnash my teeth when we dropped her off for her first big trip away, but it didn’t mean I love her any less or wouldn’t miss her – I have – it’s just that I’m used to the goodbyes now, and used to covering over the gaps left behind. And from past experience – so far – they always seem to come back.

‘Roots and wings’ is a phrase that is often bandied about in situations like these. As parents, our job is to give our children a solid foundation of common sense and morality, and the confidence that they are wholly and unconditionally loved. Once we’ve done that our next duty is to set them free, to live the lives and to seek the adventures we secretly hoped they would.

Our children have travelled further and adventured more than I ever did – the chances are that their children – should they ever have any – will trump what their parents did. The world is getting smaller all the time.

But if this is your first goodbye coming up, then know that you’re not alone. And know that every parting gets easier than the last. This January, when we dropped both girls in Glasgow after Christmas, instead of driving back up the road to Inverness we checked into a hotel, ordered cocktails in the bar, and sent them a photo on our family group chat. There was a flurry of outrage that we’d be celebrating our freedom, then a suggestion that we’d like to buy them dinner.  We declined. One day you will too. 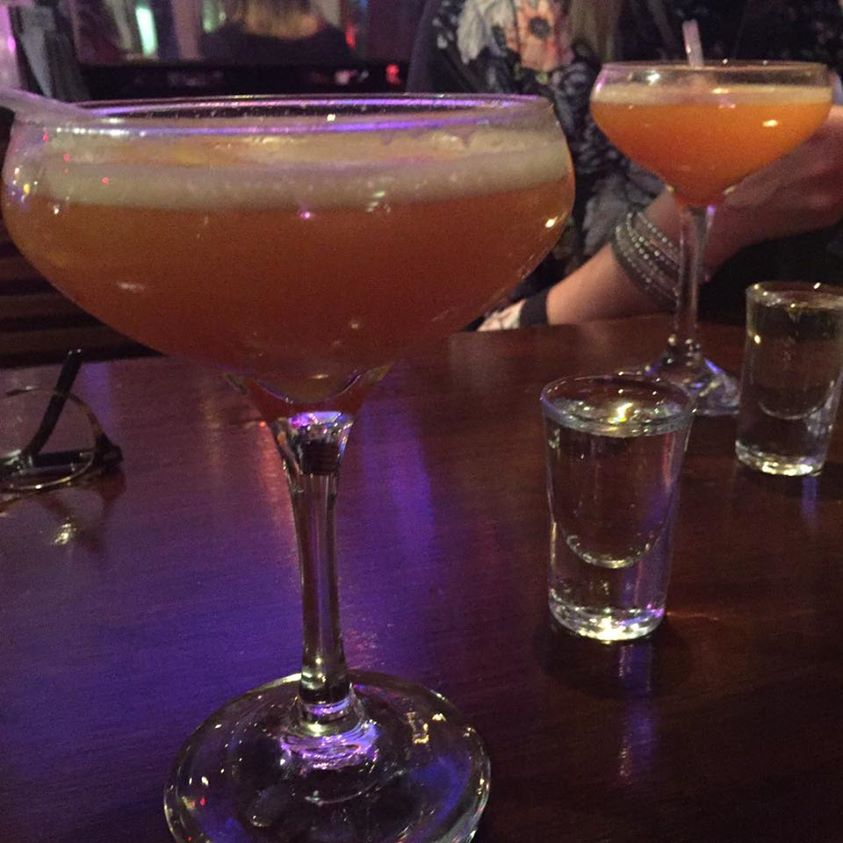