The bunting is down

Well, it didn’t take long to get that red, white, and blue bunting down, did it? That might be because we didn’t put any up. Did you? If you did, I didn’t see it. The only house I saw that was displaying any patriotic bunting belongs to the (Conservative) councillor who lives a few doors down. But the lights under the Ness Bridge in Inverness looked pretty, didn’t they?

A Platinum Jubilee is undeniably an impressive milestone for the woman who has royally reigned over us since 1952, but the wall-to-wall coverage of the nation’s ‘Four Day Weekend’ (tell that to healthcare workers, retail staff, and those in hospitality) pretty much passed us by. It wasn’t a deliberate snub to Her Majesty, more that we didn’t feel the slightest inclination to celebrate. What was happening in London or on telly seemed like nothing to do with us.

We had a better weekend than The Queen did 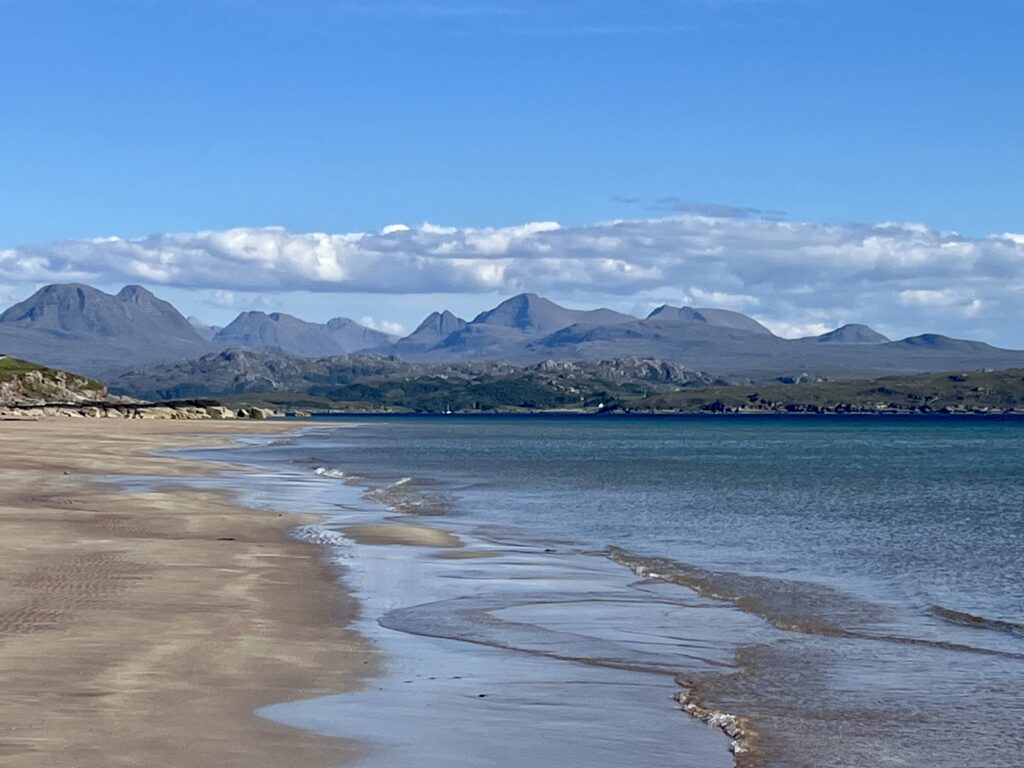 Glorious. You don’t get backdrops like this from every beach…

So, we opted for a weekend away on the west coast. Just the two of us, our motorhome, a campsite on the beach, and wall-to-wall sunshine. We sunbathed on golden sand, swam in turquoise sea, and snoozed on the beach. We ate well (not a cucumber sandwich or dodgy sausage roll in sight) and poured ourselves another glass of chilled white wine. It was blissful. You could go so far as to call our Jubilee weekend happy and glorious. I bet we had a better time than The Queen did.

We kept in touch with the highlights

Of course, we weren’t completely out of the loop. 4G meant we could keep an eye on the headlines. We watched as Boris Johnston was booed going into St Pauls for a service The Queen didn’t attend. I don’t blame her. Maybe, after a life of duty, this 96-year-old has decided to finally please herself.

We tried to keep up with who turned up to which event and who might be snubbing who (Harry and Meghan featured in most of those headlines) but it seemed more important to watch the changing blues of the sea and sky, to follow the swallows as they swooped and dived, and to notice the seals giving paddleboarders a scornful snort as they sank back under.

Hundreds of miles from the pageantry and pomp 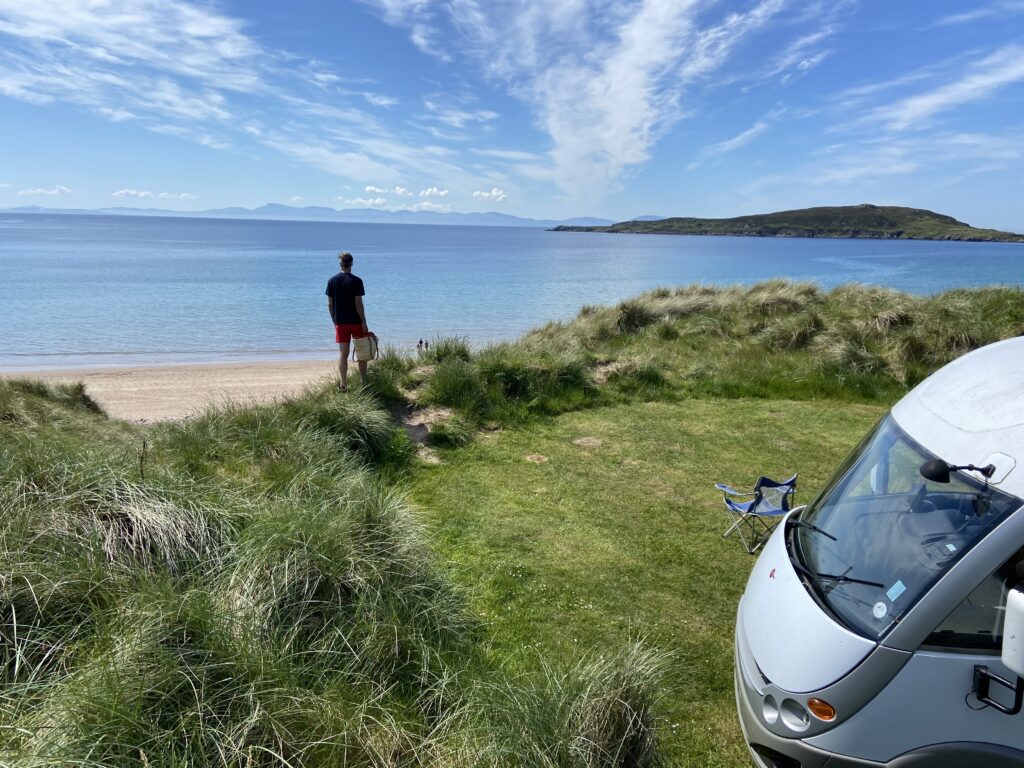 Our Ross-shire weekend was hundreds of miles from the concerts and the pageantry, the golden carriage parades, and the ‘who’s who’ of the Buckingham Palace balcony. ‘Platty Jubbs’ seemed of no relevance at all.

I have nothing against our Queen, in fact, I feel sorry for her. It’s the institution of the Monarchy that leaves me feeling uncomfortable; the opulence, the protocol, the apparent detachedness from typical human beings, the scarlet-suited guards wearing bearskin hats, the royal list.

For 70 years our Monarch has fulfilled a role that was foisted upon her by accident of birth. Hers has been a life of doing the right thing, of duty, of public service and of self-control. And as far as we know, unlike some of her children, she’s not put a patent-shod foot wrong.

The world was different in 1952

Elizabeth didn’t apply for the job; it only came her way because Uncle Edward failed to fulfil the royal duty imposed on him, and abdicated. And while it’s easy for us in 2022 to say she could – or should – have done things differently, we’re saying that with the benefit of 70 years of hindsight. The world was a different place in 1952.

The world was different in 1977 too. That was the year of Elizabeth’s Silver Jubilee, and to this ten-year-old, sitting cross-legged on the floor of the assembly hall at school, waiting to be presented with a silver coin, it was unbelievably exciting. A silver coin of my very own? From The Actual Queen? I have no idea where this treasure might be hiding today, but eBay tells me I could buy a replacement for £2.99 (plus P&P).

So, what has changed? Is it me, or is it Britain? Is it that I find the contrast between state banquets and food banks to be grossly unpalatable? Or has my childhood adoration of The Crown been chipped away by decades of scandal and apparent entitlement?

That’s lots to unpick. I may need another glass of white.

I’ll raise that glass to Elizabeth and commend her on a job dutifully done. And I hope that the next in line are from closer to home than to 1952. For all our sakes, Ma’am.

Sorry, Your Majesty, but I suspect we had a better weekend than you did…

This column is published by Highland News and Media in newspapers across the north of Scotland. If you can, please support print media and the future of independent  journalism by buying a paper, or subscribing online.