Are you one of those people who is good with names? Or maybe you never forget a face? If you have a talent for remembering names or faces – or both! – then I envy you, because I’m spectacularly rubbish at it. Is it that I forget to pay attention? Maybe it’s an age thing? Whatever it is, I wish I could be better at it. It would save me truck-loads of embarrassment.

The internet is awash with tips you can use to try and remember names and/or faces, and that both reassures and worries me. So many books and videos devoted to the subject makes me feel better –I’m clearly not the only one who struggles. But with so many suggested methods – everything from repeating someone’s name over and over, to associating them with a weird object – it all points to there being no easy fix. Of course, wearing my glasses would help – I regularly walk past friends, not because I don’t remember them, but because I can’t see them properly… 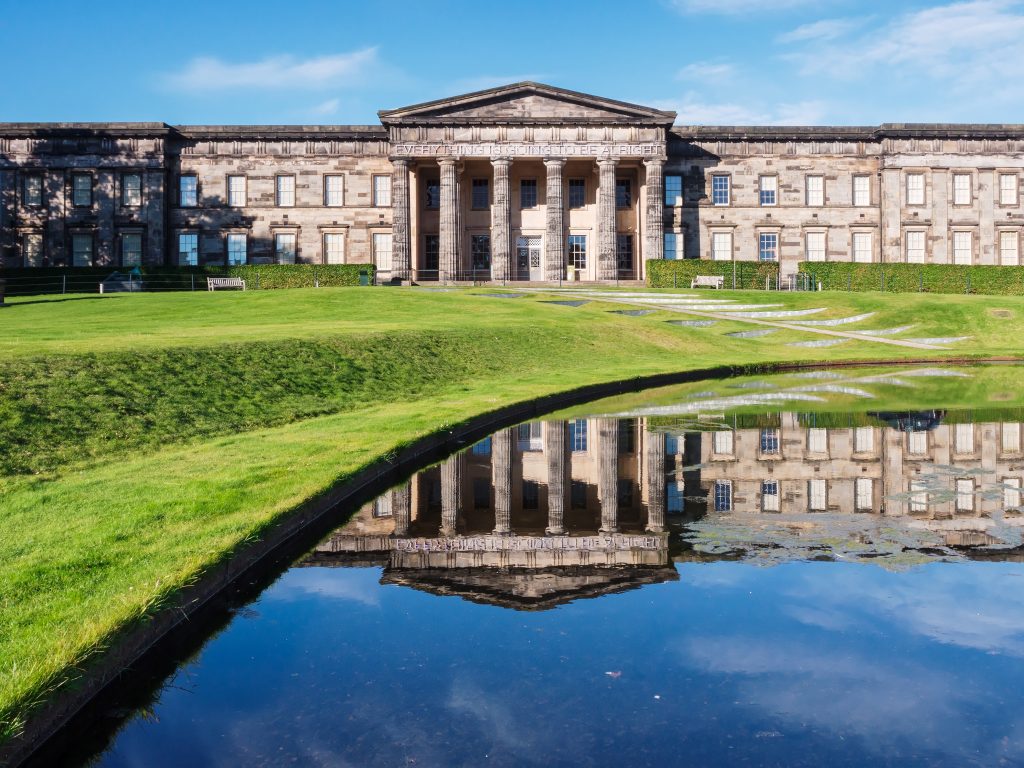 If you were to start making a list of everyone you can ever remember having met, how many names would be on that list, and where would you start? These thoughts occupied much of my Sunday after a trip to the Scottish National Gallery of Modern Art in Edinburgh. Unless you have a better sense of the absurd than I have, there’s quite a lot of the current exhibition that I’d recommend skipping, but one piece that grabbed me was a list of names on the wall in the staircase. 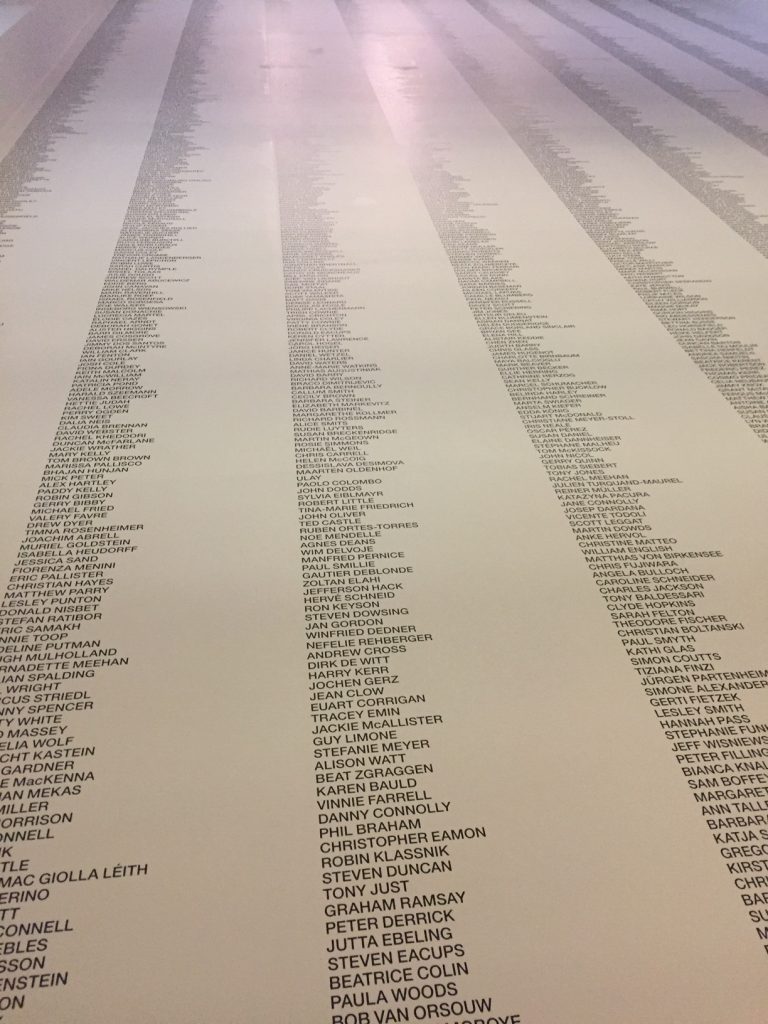 If I hadn’t needed to go to the loo, we might have missed it. At first sight it looked like the gallery’s benefactors, but on closer examination it was an installation – a list of all the people that the artist, Douglas Gordon, can remember having met. And with over 4,700 names – it’s continually being updated – ‘List of Names (random) 1990-ongoing’ is mesmerising.

Is this art? It was certainly easier on the eye than a lot of other things on the walls, but in plain black block capital typeface on a white painted wall, it hardly screamed innovation. Yet I can’t stop thinking about it – surely that counts for something?

The work was started in 1990 for an exhibition in Glasgow, when the artist named the initial 1,440 on his first list from memory. He was honest enough to note in the wee plaque on the wall that the list embarrassed him when it was unveiled. Just as I forgot the name of a former flatmate when she appeared out of context 15 years later, he had totally forgotten about some of his closest friends and made mistakes in the names of others. But knowing it is full of mistakes makes me like it more. It’s a more accurate reflection of how our brains function anyway. The list was moved to Edinburgh in 2002, by which time it had grown to 3,270. It is periodically updated – always from memory – most recently in 2014. 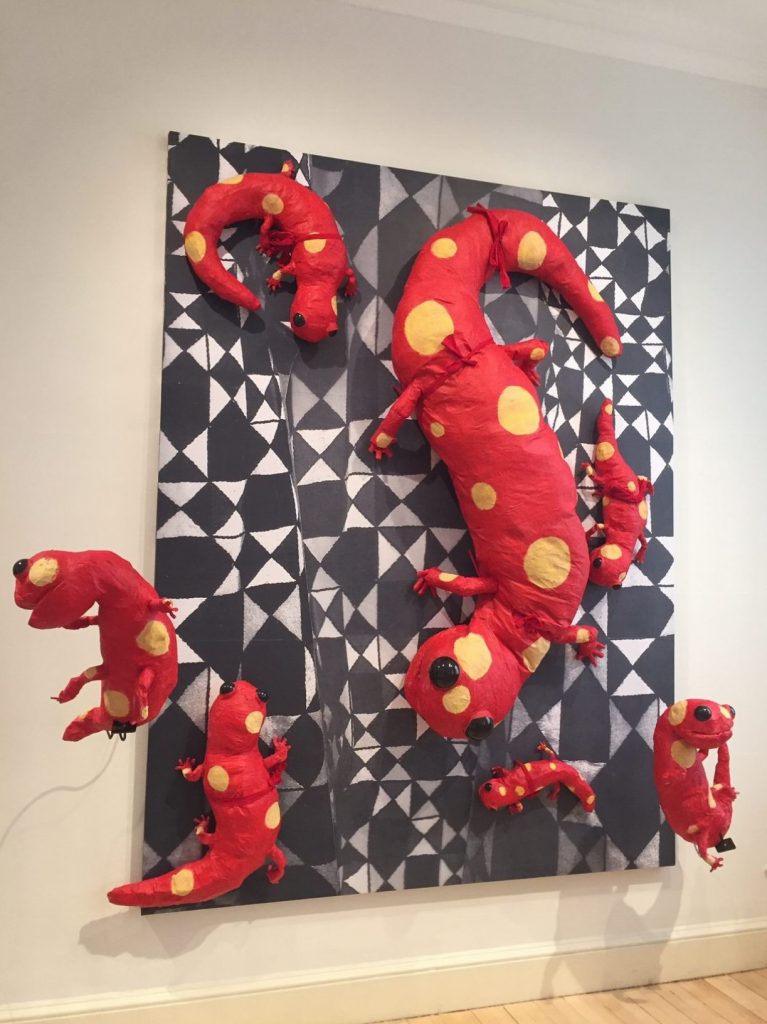 What’s the relevance of this sort of art today? In 1990, unless we wrote everything down, we had to rely on our memories. Those of us who have Facebook and Linkedin now have our own lists of names (random) in our pockets all the time – lists I find useful to look at when my memory fails. But it asks so many questions – how many people have any of us met, and how many can we remember well, or would we recognise today? On the flip-side, how many would remember us too? And if you had to compile your own list, where would you start – with childhood neighbours, primary school friends or current workmates? And how would you categorise, if at all?

If the definition of art is something that provokes a reaction and makes us think, then this more than succeeds – I haven’t stopped thinking about it since. But as a memory aide? I’m not sure I’d get away copying a list of my Facebook friends onto the stairs at home with a Sharpie. Mr Marr might think it to be vandalism.

This post first appeared in Seven Days, published by SPP and issued with The Inverness Courier, The Northern Scot and four other titles across the north of Scotland, week ended 14th December 2018.