How is President Trump working out for you?

It’s a fortnight since the ‘America First’ inauguration, and I’m curious. How is that working out for you? After a busy old time with work and family I was aware of the headlines but scanty on the detail. Until last weekend. Oh dear.

It was my turn over the weekend to catch the flu bug that’s been doing the rounds this winter. Saturday and Sunday saw me sent back to bed with a smorgasbord of remedies, most of them unpleasant. Knocked horizontal for a couple of days I reached for my phone to mindlessly fritter away some guilt-free hours on Facebook.

I was fairly sure I’d be asleep within 10 minutes. But I found myself wallowing in my online community’s collective despair. Because instead of the usual posts about bike rides, dog walks, food and sunrises, almost every single post was complaining about Trump. 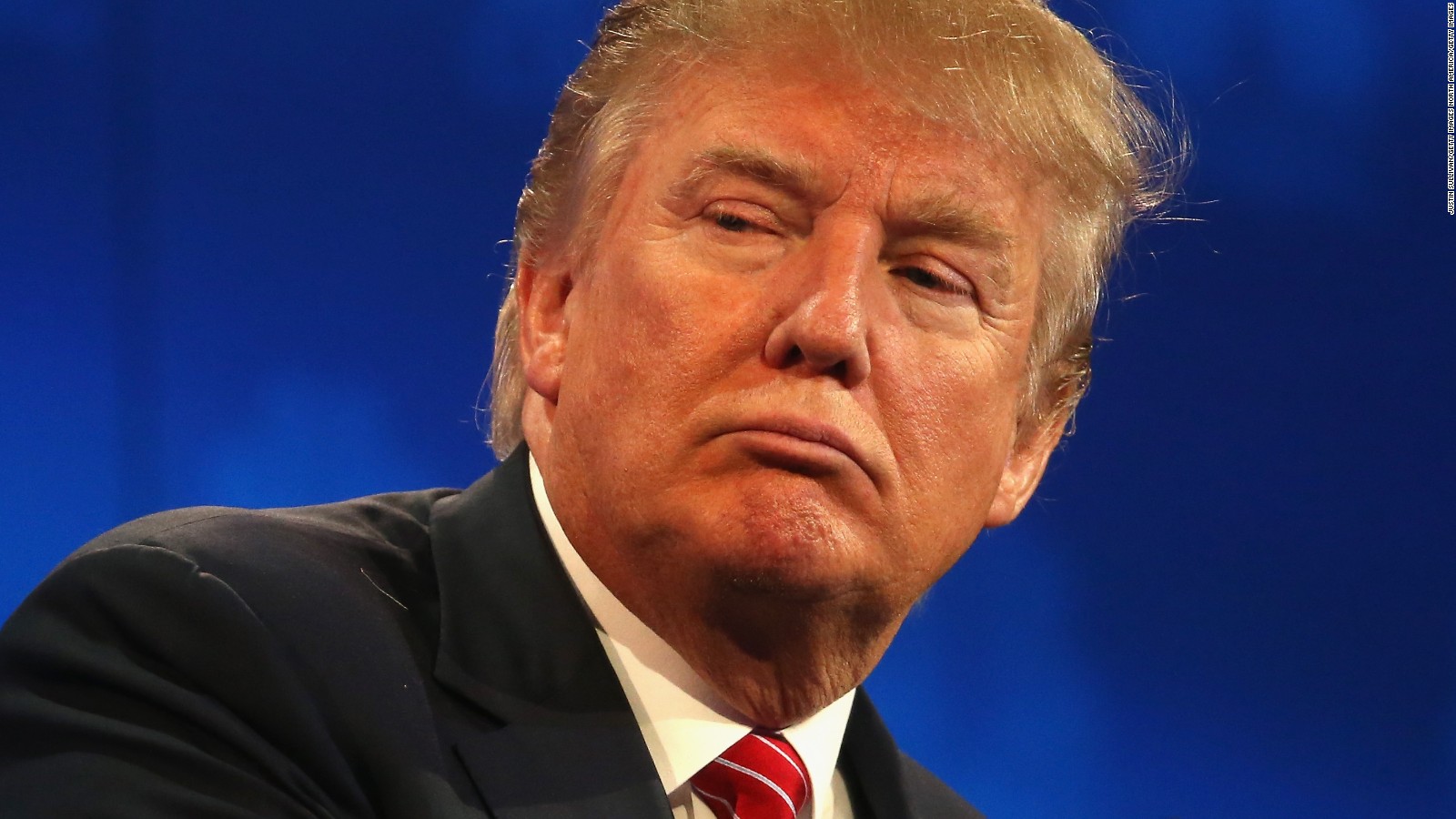 There was outrage at the headlines: the Mexican wall, the Muslim ban, the Dakota pipeline, the Trump-May hand-holding.

There was furiously expressed opinion: Theresa May was pandering to a bully, Trump’s invitation for a State Visit should be rescinded, and we should only negotiate with his administration if human rights criteria are met.

And there were calls to action: March here! Sign this petition! Sign another online petition! Email your MP demanding this! Donate here!

Reader, I got sucked in. One article led to another, and I got lost in an outpouring of helplessness. And the more I read, the more I had to keep reading, and the worse my headaches got. Was the paracetamol wearing off? Or were the politics wearing me down?

Eventually my phone battery died and I checked the time – I’d spent four hours fretting about foreign politics. Four hours – and what had that achieved? Nothing. Instead of recharging my phone I picked up a book, the next on my bedside pile. 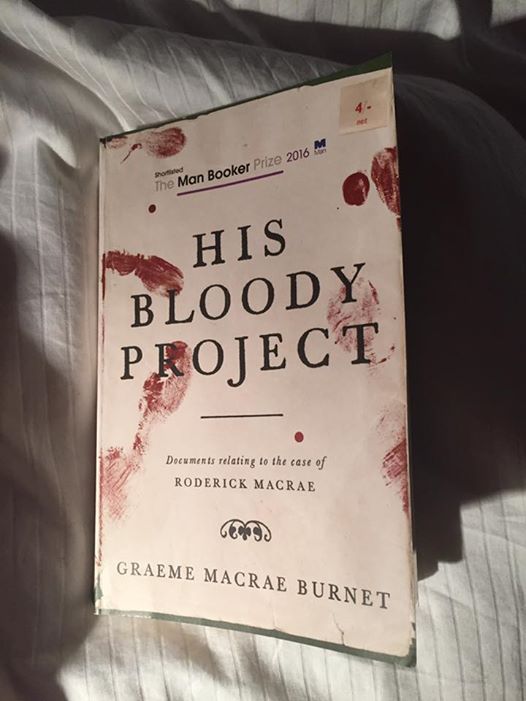 It says a lot for the current state of world politics that a novel about a gruesome triple murder could offer light relief, but in less than 48 hours from first picking it up, I had finished the magnificently crafted Booker short-listed novel ‘His Bloody Project’ by Scottish author Graeme Macrae Burnet. Set near Applecross in the mid-19th century, it is part courtroom drama and part treatise on the inequities of the crofting way of life. Weaving together witness statements, ‘contemporaneous court reports’ from The Inverness Courier and an account of his actions as written by the accused himself, this is a multi-layered novel which well deserves the recognition it has attracted. It also kept me blissfully ignorant of the news for a whole day.

And do you know what? When I came out of the mind-fog of my flu symptoms, recharged my phone and tuned in again to the TV and radio, nothing had changed. Monday evening’s headlines were just more of the same, telling of protests against Trump’s state visit being held across the UK’s major cities. By the time you read this there will have been more opportunities to feel outrage and more petitions to sign, but little, if anything, will have shifted on a global scale.

It’s a tough one to balance. As citizens and voters we each have a duty to inform ourselves of the headlines so that we know what our elected representatives are doing in our name. It’s also wise to keep half an eye on what their foreign counterparts are up to too, and to lobby or add your voice to a petition if we are strongly moved. Readings of Pastor Niemöller’s haunting poem ‘First they came…’ on Holocaust Memorial Day remind us of the dangers of doing nothing.

British citizens didn’t place Trump in the White House, but it doesn’t mean we can’t make our views known if we disagree with his policies. March if you want to, sign petitions, and donate to causes like the one which helped the Glasgow-Iranian vet fly home. Make donations to the American Civil Liberties Union, the body who challenged Trump’s immediate deportation order last week – there are plenty of options if you feel you need to help. But please don’t merely vent on Facebook and Twitter to a self-selecting audience of like-minded liberals (we all surround ourselves with people who share our views). That sort of behaviour doesn’t effect change.

As I write we’re less than a fortnight into what will be at least a four year presidency. So let’s try and pace ourselves. By all means keep up to date, but don’t just moan, do something about it. And take some time out every now and again – read, catch up with a box set, or go to the movies. Because simply being morally offended all the time is exhausting, and a little bit boring. And we don’t want that either.

Here’s something to cheer us all up…in summer 2015 over 1000 rock singers and musicians got together in Cesena, Italy to encourage the band the Foo Fighters perform a gig. The stunt worked – the band played there in October ’15.

But that wasn’t the end of it. The sound created by those 1000+ musicians, and the fun ‘Rockin’ 1000‘ had creating the appeal, has led to them recording a live album of rock classics which will be released this weekend. Log onto YouTube and search for their version of Nirvana’s ‘Smells Like Teen Spirit’ – there is no mistaking the sheer unadulterated joy of the massed instruments and voices.

You can thank me later. And can we get them here, please? 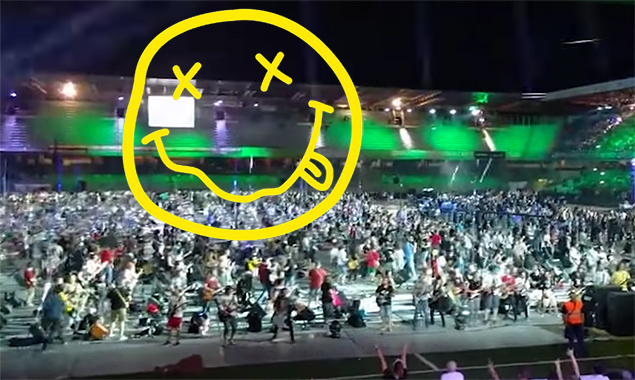