I have just looked back at my diary to see that I’ve worked every day for the last four weeks, apart from last Thursday. Before you think I’m going moan about being under pressure or being unable to get my work life balance in order, let me reassure you that I was – and am – quite happy with my lot. As those of us who are self-employed or run our own businesses will testify, it’s good to be busy. And I’m making hay while the sun shines – I’m not this busy all the time.

I am lucky to be busy doing work that I enjoy. In my line of work – at the moment there’s lots of writing, event hosting and coaching – I get to be creative. It’s not hard manual labour, nor do I have tricky relationships with bosses or colleagues to negotiate. My commute (from my bedroom to the conservatory) is blissfully traffic free, and my work environment is exactly as I choose it to be. Right now as I type I can hear the birds in the garden, the washing machine spinning, and the coffee machine sputtering.

A lot is written about work-life balance but if I am lucky enough to enjoy my work, where’s the harm? Well last Thursday made me wonder whether, even though I enjoy my job, the hours I spend at my laptop are making me one-dimensional. Where is my balance? Where are the times spent with family and friends? What are my passions in life? What will be said about me when I’m gone?

The reason I didn’t work on Thursday was because I was at the funeral of a neighbour and friend. Quite honestly – and it seems in poor taste to ‘rate’ funerals – it was the best I have ever attended. With warm, witty, articulate and laugh out loud tributes paid by Douglas’s wife, son, friends and colleagues, those colleagues representing many of the different facets of Douglas’s professional life, the 90 minute service flew by. There were spontaneous rounds of applause. The stories we heard were rich in detail and painted a picture of a man who – I now realise – I had hardly known.

On top of the sense of loss at his untimely death was a feeling, voiced by many at the reception afterwards, of missed opportunity. We had each mostly known just one Douglas, and the stories we had heard in the chapel had made us all realise that he had been so much more. It was Douglas the family man and cyclist that we knew, but he spoke little to us of his work or of his life before living in Inverness. How frustrating not to be able to talk to him now about the aspects of his life that we had only just found out about. 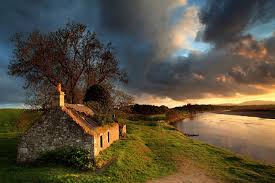 Why on earth did he choose to live under an assumed name in Dundee in his 20s? What were the circumstances of his climbing a Tayside pylon with a friend, each weighed down with a double-barrelled shotgun? And what did he learn during his years living in isolation by the side of a salmon river with only philosophy books for company?

A couple of years ago, while on a course, I was given the opportunity to write my own eulogy. After Douglas’s funeral I dug it out again and had another read. Admittedly among the lines I had written was mention of how much ‘she’ had loved her career, but the bulk of my words talked of the love I felt for my family and friends, of walks along beaches, skiing holidays, cycling trips and sitting round a table with those I was closest to, laughing, cooking, drinking, and laughing more.

I don’t grudge having worked solidly for this past month – I accepted the work and I choose to deliver it well. And I have managed to squeeze laughter, relaxation, cooking, friends and some fun into snatched hours here and there too. But funerals are not just a way of saying goodbye. They are a way of saying hello to renewed resolutions for living.

One of the things I have been working on these past weeks is the script for a conference and dinner I’m hosting in Edinburgh, which includes the final of a pitching competition. Three of the six finalists will be invited to join a trade mission to California next month, with a view to them expanding their enterprises into the USA. 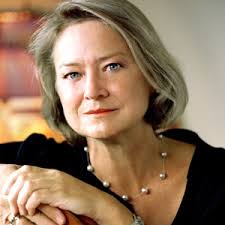 Two of the six finalists are from the north; Clare Campbell from Prickly Thistle, and Heather McDonald from Wooha Brewing. By the time you read this we will know if they have been successful – fingers crossed*!

One nugget which I will enjoy sharing from the stage during the Awards dinner is about our speaker, Kate Adie OBE, still one of the best known journalists on the BBC, although she retired as a war correspondent in 1994. (She also makes me feel better about my own work-life balance – I’m not sure she has ever taken a day off.) In the course of my research I discovered she still has the fragment of a bullet from Sarajevo in her little toe. I’ll be watching carefully for the hint of a limp.

*Success for WooHa – Heather McDonald WON a place on the trade mission to California!!