You’ll have heard the one about the journalist who walked out of an awards dinner because she didn’t like the jokes? There’s not a punchline here, because there is no joke.

A female sports reporter walked out of an event that left her feeling unwelcome in her own industry, generating a national conversation about what constitutes acceptable behaviour. It has highlighted what decent human beings already knew. In 2022 there is no place for, as another guest at the event described them, “sexist, racist and homophobic” jokes.

You’ve probably heard of Eilidh Barbour. She is a well-respected sports presenter for BBC and Sky. Earlier this month she attended the prestigious Scottish Football Writers’ Association gala dinner which was held in Glasgow.

The event was going well until the after-dinner speaker started. Awards had been handed out to, amongst others, Sir Alex Ferguson, Hearts keeper Craig Gordon, and Celtic boss Ange Postecoglou. Manchester City’s Caroline Weir was winner of the inaugural women’s international player of the year. Did you notice the word ‘inaugural’? 2022 was the first time a female player had been recognised. I get it. Sports writing is a male-dominated industry. 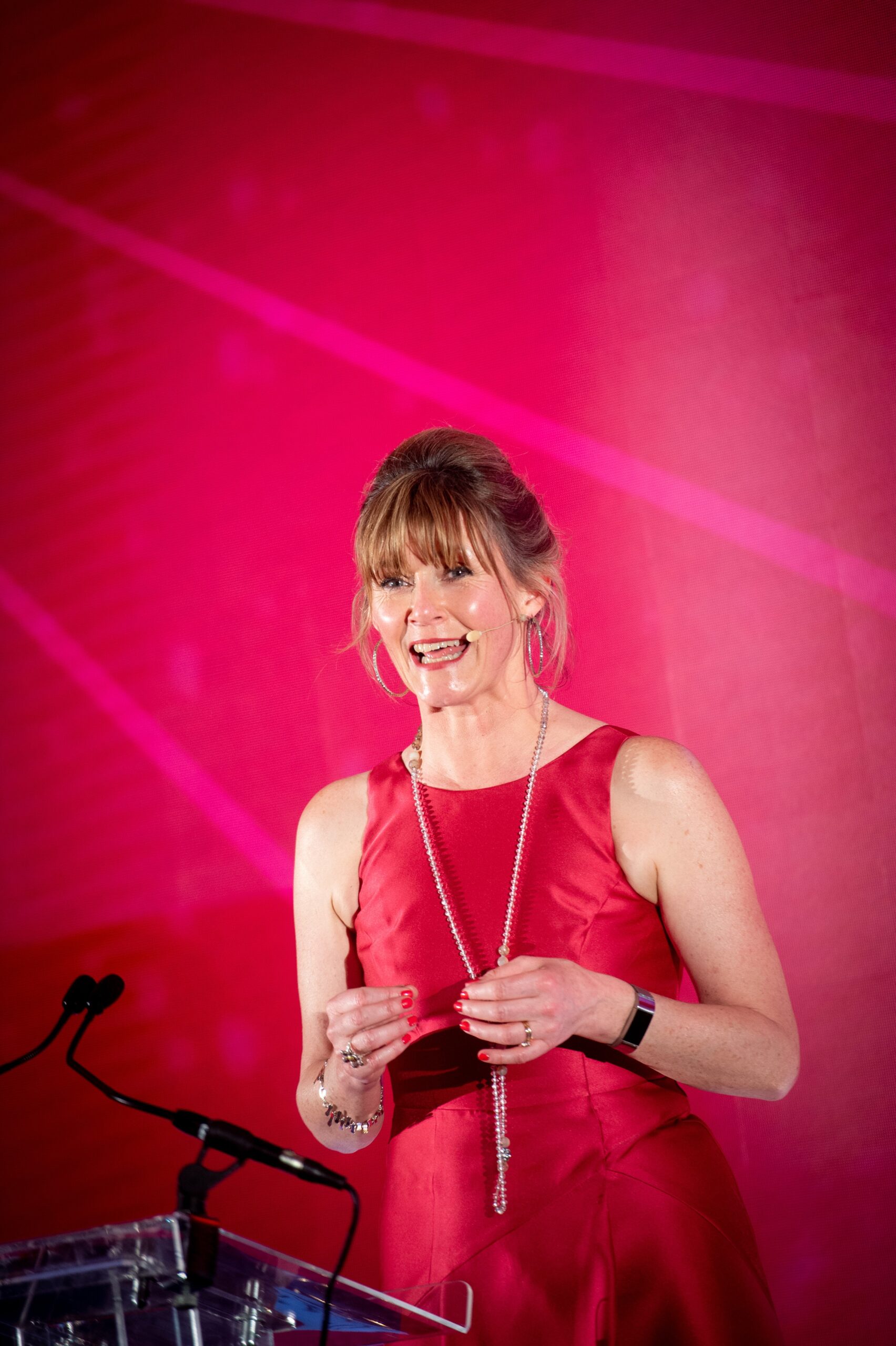 According to reports of the evening, within five minutes of taking to the stage, speaker Bill Copeland had made a slew of sickening racist, homophobic, and misogynistic comments, prompting at least two tables of guests to walk out.

Had I been there, I’d probably have left with them. And it’s not that I lack a sense of humour. I’m all for freedom of speech, I’m against cancel culture, and I understand that we don’t all find the same things funny. But a quick Google search led me to a heavily edited version of his speech. His comments were stomach-churning. The SFWA were swift with their apologies and promises to do better in future. But why was he booked in the first place?

Scores of speakers over the years

Most events, no matter the industry, will have an after-dinner speaker to round off the evening. As an event host for over two decades, I’ve introduced countless speakers over the years. Some have been brilliant (Elaine C Smith, Kate Adie, and a clutch of Dragons from the Den) and others have been very good indeed – funny, warm, insightful, and engaged with their audience.

To be fair, one or two have been pretty average. And one so was ill-prepared that she was unintentionally hilarious. I had to step up onto stage to rescue her just a fraction into her allotted time, and we dined out on stories of her ‘stage death’ for years. No names, there’s no need to be unkind.

What matters is how they make you feel

Often, I can’t remember the detail of jokes a speaker has told (such is my memory) but I always remember how they made me feel. Events organisers seek to engage a speaker who brings the feel-good factor. Someone who adds to the event, and allows them to sit back, warm in the knowledge that everyone has had a good night. Edgy is good. Offensive is not.

As an event host, what Bill Copeland’s unacceptable behaviour, and Eilidh Barbour’s highlight of it have given me, is serious food for thought.

The role of the event host is to welcome the audience and set their expectations for the evening. We make sure the client is appropriately represented, that their messages are clearly communicated. With awards, it’s our job to make sure all the right awards go to all the right people, and that sponsors are given suitable amounts of gratitude. We introduce or interview speakers and guests and thank them when they have finished.

What would I have done?

But what I’ve been asking myself since last Sunday, is what would I have done, as event host, had a speaker come out with a similar diatribe to Copeland’s? Where would my responsibility lie?

Is it with my client, who paid my fee and booked this speaker, presumably in the hope they’d create that ‘feel-good’ feeling we’re looking for? Is it with the minority of guests, like Eilidh, who were offended and walked out? Or is it with the others in the room who – worryingly – lapped up the jokes, chalked it up to ‘locker-room banter’ and didn’t see what all the fuss was about? Am I being booked for my skills, or my values, or both?

I usually have a thousand questions to ask a client when they ask me to host their event. I now have 1001.

his column is published by Highland News and Media in six of their newspapers across the north of Scotland. If you can, please support print media and the future of independent  journalism by buying a paper, or subscribing online.