With the Highland Council set to debate again the question of a Tourist Tax, many hoteliers and B&B owners are eagerly awaiting the outcome. If the Council go for it, they won’t be the first. Edinburgh City Council have already voted to impose a £1 a night Transient Visitor Levy, a move which they believe will generate £11 million a year for the city.

That money, Edinburgh say, will be used to increase spending where tourism puts the city’s infrastructure under strain. Crucially, they are pointing out that this is not a tax on business, it is a tax on tourists.

Clearly, I am not a tourist business, nor have I ever run one. But I am a tourist, and regularly, when travelling abroad, I am asked to pay a modest tourist levy, maybe €1, for every night I am staying in a hotel. That charge is always something I am fully aware of and am expecting to pay before I go – it’s usually asked for when I check in, before I get the keys to my room. 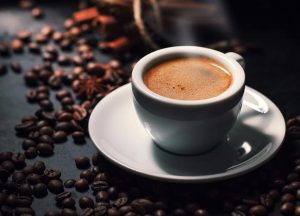 And so what? What can you buy for €1 these days? An espresso? Perhaps. A newspaper? Probably not. In the context of my overall holiday bill it’s a drop in the ocean. Frankly, if I can’t afford to pay it, I should be questioning whether I can afford to be going on holiday at all. Never once have I decided to go elsewhere when I have realised that a weekend break will cost the price of a round of drinks more than I was expecting.

The Federation of Small Businesses polled their members about Tourist Tax earlier this year and 73% of the Highland Businesses who responded were against it. They said it would have a damaging impact on businesses and would push visitors elsewhere. A spokesperson for FSB said that taxing visitors to ‘shore up budgets’ would threaten the existence of communities which depend on tourism.

Really? I doubt it. Would visitors to the Highlands seriously be deterred from coming here by an additional £1 per night? I can’t see it – not when, as reported in the past few months, the costs of hotel rooms, particularly in Inverness, have exceeded those in Edinburgh. If visitors are prepared to pay £305 for a double room in a 4-star Inverness hotel this Saturday night (I checked the price online, seeking to book ten days in advance) then surely, they would pay £306? Could it be that the real resistance from tourist businesses is that they don’t want to bear the costs of administering it?

Tourism numbers are up – hooray! Visitor numbers to Inverness Castle in July are up 28.5% on the same month last year. The numbers of visitors coming to the Highlands via Inverness airport has never been higher, and if the accents and healthy pallor of my fellow passengers on the crowded Scotrail trains to the Highlands are anything to go by, they are arriving in their droves by rail as well.

I have no idea how many hotel, B&B, hostel and bunkhouse beds there are in the Highlands, but there must be tens of thousands. If each of these beds is slept in every night for even half of the year… Well that adds up to an awful lot of money.

Who would administer the tourist tax? The obvious answer would be for hotels and B&Bs to pay it to Highland Council. Just think of the dent in the Council’s budget deficit that money would make! Could we get these dreaded potholes filled once and for all? Could we get proper car parks, rubbish bins and toilet facilities at beauty spots, and stop the roads being clogged up by tourists parking in passing places to get that Instagram pic? 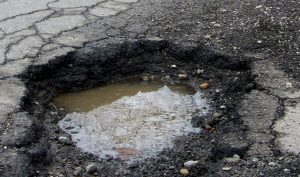 The Highlands and Moray are beautiful. No wonder we live here, and no wonder tourists want to come. And they are welcome – we need them. But it’s you and me, the people who live here all year round, who are having to shoulder the cost of the additional strain that tourists put on our local services. The Highland Council would warmly welcome this additional income – they have said as much. It would take the strain off already stretched budgets, and – who knows? – might even mean more money left in the pot for education, social services and – yes – those flaming potholes. I hope they have the courage of their convictions and follow Edinburgh City Council’s example.

What can you buy for £1? Not much. But add those pounds all together? Now you’re talking.

This post first appeared in Seven Days, published by SPP and issued with The Inverness Courier, The Northern Scot and four other titles across the north of Scotland, week ended 24th August 2018.