It’s almost a week since the royal wedding and the dust is beginning to settle. Those who are offended by the idea of the monarchy (yet wasted their Saturday bleating about it on social media) will no doubt be returning to something approaching normality.

Those who got the bunting out and were moved to tears by the sight of a woman walking up the aisle to be joined in matrimony to a man who could barely conceal his glee, will have washed their commemorative mugs, and carefully filed them away for posterity. Or eBay.

And those of us who were somewhere in the middle, who enjoyed the spectacle then got on with something else for the rest of the weekend, are just the same as we always were. 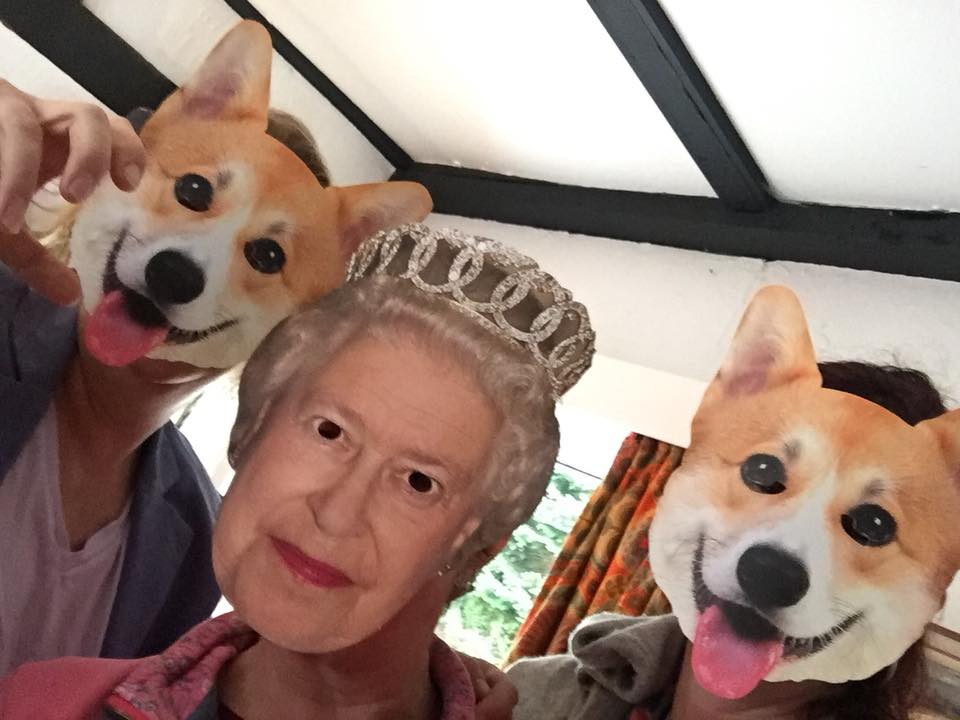 No Corgis were harmed during the ‘pin the tail’ game…

For me the royal wedding coincided with a long-planned girlie weekend away to celebrate a close friend’s Big Birthday. A dozen of us descended on a house in the Cairngorms National Park, armed with casseroles and barbecue ingredients, and enough fizz to (almost) fill the hired hot tub that had been delivered the day before. Realising that the weekend coincided with the wedding we also packed a portable TV and a home-made ‘Pin the Tail on the Corgi’ game.  And we amended our shopping list, so we could enjoy cucumber sandwiches (triangles, crusts removed) and Pimm’s during the ceremony.

It seemed only right to dress up for the wedding, even if we were only watching it on TV, so a few posh frocks were thrown into the mix, plus a single stunning feathered hat which had been picked up from a charity shop. But in any crowd of friends there is always one… in our case there were two. The invitation to ‘dress for the wedding’ was taken to the extreme and they pitched up wearing their wedding dresses, both from 25 years ago. I am forbidden from sharing the photos, but you’ll be relieved to hear that neither of the wedding dresses, nor the inflatable crown, ended up in the hot tub. 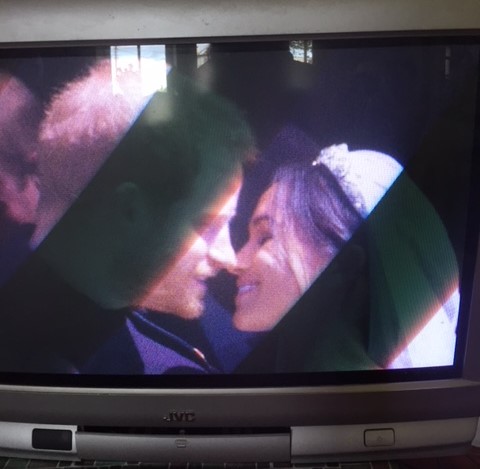 We switched the telly on as the wedding party were arriving at the chapel and turned it off again as the open carriage was processing through the flag-lined streets. And while we talked a little about the preacher and the dignity of Meghan Markle’s mum and managed to murder Ben E King’s ‘Stand by Me’ on our ukuleles, we otherwise got on with our weekend. There were paths through the woods to be explored, and birthday cake to be eaten. There was a hot tub to sing in and a barbecue to be lit. And there were miles of quiet country roads to be explored on two wheels. Our encounter with five bulls, ten cows and a quad bike just outside Carrbridge probably merits a chapter of its own.

Yes, it was expensive, much more so than any other wedding happening last Saturday. Unofficial estimates have put the cost at £32million, of which £30million was the cost of security and will be met by the taxpayer. The balance will have been paid by the royal family, although they too are funded by the taxpayer. What is not known, and can never be definitively calculated, is whether the royal family are worth the £82million they will officially receive from the treasury in 2018. Your view on that depends upon which side of the Republican debate you sit, and how much you believe they are an incentive for tourists to visit the UK.

I’m not going to get into that; all I know (and I’ve thought this for many more years than I have watched ‘The Crown’) is that despite their money and horses, I wouldn’t thank you for a royal job. The modern-day monarchy is duty without power, protocol without opinion, and privilege without privacy. None of the royals – this new generation excepted, seem to be anything approaching happy with their lot.

But I have high hopes for Harry and Meghan. Among the dozen of us away last weekend I am the only one who believes their marriage might last – but then I’ve always been a romantic optimist. My hopes are that as a divorced, mixed-race, self-proclaimed feminist who was already ‘someone’ before she married her bearded prince, she might help breathe a new modernity into our monarchy. If the influence she had on her own wedding ceremony is anything to go by, we might start to see positive changes. 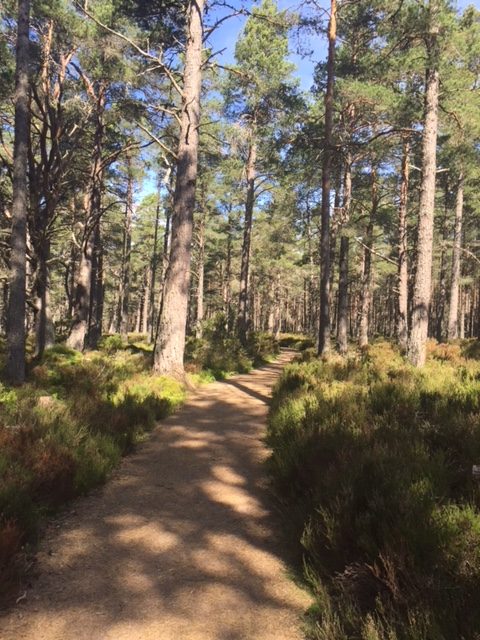 There were paths through the Cairngorms National Park that were crying out to be explored.

This post first appeared in Seven Days, published by SPP and issued with The Inverness Courier, The Northern Scot and four other titles across the north of Scotland, week ended 25th May 2018.