The search is over. Nessie has been found!

Regular readers will know I’m fond of dunking myself into lochs around the north of Scotland. Back in the good old days we used to call it swimming – it now seems to have attracted the tag ‘wild’. But whatever we call it, I like getting cold and wet, and in pretty much all weathers. Loch Ness is one of my regular spots for a dip, so I’m well used to ‘hilarious’ comments from friends about the Loch Ness Monster finally having been found. Ha, ha, ha. Very drole. 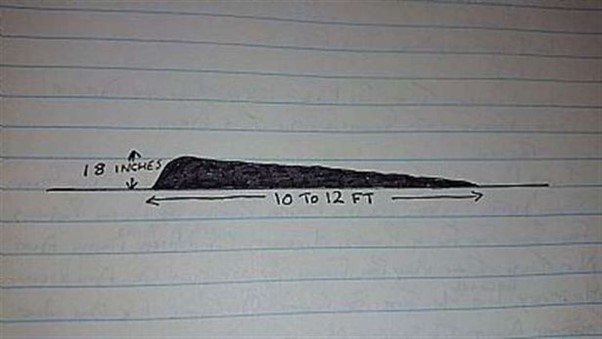 But those jokes can now stop. Because thanks to the eagle eye and impressive artistic talents of a Mr Veacock from the north west of England, we now have conclusive proof that Nessie exists. Cynics, hang your heads in collective shame. Believers, rejoice. How can anyone now fail to be convinced? Nessie lives!

Mr Veacock’s conclusive sighting, witnessed by two other families in the layby at the time, took place on 30th July this year on the shores of the famous loch. Details of his sighting and this wonderfully detailed accompanying drawing were logged in the Register of Official Loch Ness Sightings and became the ninth recorded sighting of our elusive Nessie this year.

Adding to authenticity, the accuracy of Mr Veacock’s measurements was aided by comparing the beast to a passing Jacobite Cruises ship. Whether the vision was also seen, or indeed captured on film, by any of the boat’s passengers is unknown. What a pity Mr Veacock didn’t happen to have a camera on him at the time. 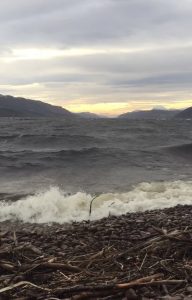 The legend. Alive since 565AD.

The legend of the Loch Ness Monster has captured the hearts of locals, tourists, tourism businesses and monster hunters since the sixth century AD, when Irish monk (now saint) Columba banished a monster from the mouth of the River Ness to the now famous loch.

Since then, there have been thousands of sightings and surveys, hoaxes and hunts, most of them collated by Gary Campbell on the wonderfully comprehensive www.lochnesssightings.com where there’s a Nessie webcam too. I get it; Nessie is of fleeting interest to most, whereas to others she’s a passion or a boost to business. But for one man, she’s his way of life. 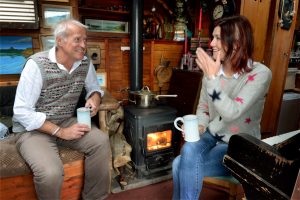 I first met Steve Feltham in 2016, shortly after he celebrated 25 years of his full-time hunt. Steve is the world’s only full-time monster hunter, and the Official Guinness World Champion at not finding Nessie. We had coffee in the cosy converted mobile library on Dores Beach that he calls home.

For Steve, it’s not so much about the monster, or the evidence, but about having spent the last 30 years living out his dream. Not many people have the courage to quit their job and live a life of adventure on the shores of the most celebrated loch in the world.

But are Steve’s days as a hunter now numbered? Time will tell. I sincerely hope Mr Veacock’s drawing hasn’t completely stolen his thunder ;)

I was hugely sceptical about the Tokyo Olympics going ahead. With the city in lockdown, a global sporting gathering seemed like the least necessary thing to be happening. Especially with no crowds allowed. Could sport ever be worth the potential risk to health?

But watching Sunday’s closing coverage, I confess I was wrong. From sailing to equestrian events, climbing, skateboarding and the truly bonkers modern pentathlon, I spent more hours in front on my telly over the 18 days than I am happy to admit.

The minority sports grabbed me more than the mainstream, why the need for more televised tennis and football? What I loved was seeing amateurs compete; their stories and struggles to gain funding, and their commitment to train while working or studying made their achievements all the greater.

Thank you, Tokyo. But the best bit? Only three years to wait till Paris 2024. My telly is ready!

Think you’ve got it all covered, Apple? Hmm..

I’ve finally caved and bought myself a new phone. I was reluctant – the old one was working fine in terms of calls, texts and emails and social media, but too many apps needed a newer operating system than mine would support, so there was no option.

All was going well. I managed to transfer data remarkably smoothly, even remembering to read and follow instructions. Until it rang. And I couldn’t hear my caller. Was the fault with the phone? No. I’d forgotten to remove the protective cover. It doesn’t matter how clever Apple is, they can’t think of everything.