That’s it over again for another year. The turkey is a mere memory, the recycling bin is overflowing with expensive wrapping paper, and you might even have been back to work for a few days, if indeed you got a break at all. The radio has stopped playing Christmas songs so it will be another 11 months before it is acceptable to listen to Mariah Carey again, in any shape or form. Which is probably a good thing, especially when I try to reach those high notes…

But hopefully amongst the presents you spent hours choosing and exchanging your hard-earned cash for, will be a few nuggets that will be cherished by their recipients for years to come. And hopefully you might also have received something to give you joy too; something bought with love and thought and something that will remind you of the person who gave it to you every time you touch, see, use or wear it. That’s what we were all hoping for with those long December hours spent in crowded shops or hunched over our laptops. Sometimes our surprises fall a little wide of the mark, but it’s always better to try. 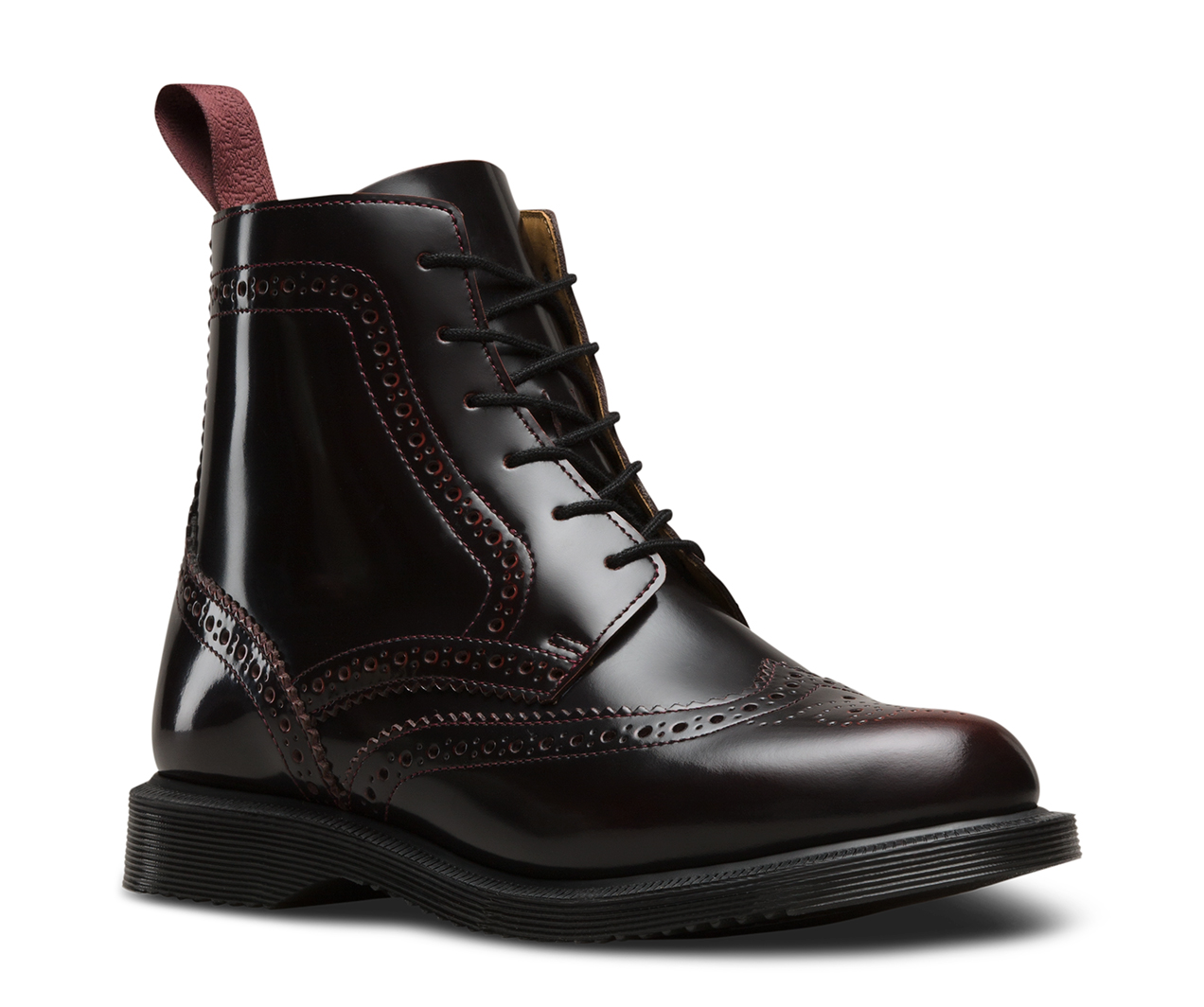 This year the ‘something to wear’ for our daughters – now both studying away from home, but still very much on the family pay-roll – was boots. And to my joy and delight, when Daughter #1 was asked if she had a preference, she chose a classy pair of Doc Marten cherry-red brogue boots. And these are not the first pair of Docs she has had.

Doc Martens, or Docs or DMs if you prefer, are timeless classics. Practical and hard-wearing (although admittedly a bit ropey on ice and in snow) they are effortlessly stylish. Good for your feet too. And the bit I like best about my daughters’ love for their Docs is that I have loved them too (the shoes, not just the girls) since I was in my early teens.

I distinctly remember my first pair, bought in 4th year at school. Fed up with cheap stilettos which needed a packet-full of plasters and gritted teeth to get me through the week, I rebelled and went over to the Doc side. Those first DMs were plain black classic 3-eye 1461 shoes, so called to mark the date they were first made, 1st April 1961. The yellow stitching was gradually turned black by the polish I proudly applied, and I wore nothing else in class till I left school after 6th year. They came to university with me too, and when the soles eventually split I tried to repair them by melting the plastic over the gas flame of our cooker. The operation was none too successful (and the smell was horrendous) but my lack of success didn’t stop me wearing them. I just endured a wet right foot whenever it rained.

My second pair was amazing – a blue suede pair of (relatively feminine) Mary Janes, with a strap and buckle. They lasted for at least five years, probably because I wore them turnabout with a pair of waxy brown classic lace-ups. Those brown lace-ups moved to Inverness with us a good decade after they were first purchased, and were ceremoniously abandoned in a bin in a campsite in France after they gave up and split right down the back. By then I was a mother of two.

Mr Marr has had his fair share of Docs too (always plain black, though, in spite of my efforts to inject colour into his wardrobe) and the girls and I have variously clothed our feet in pink (also mine), scarlet (Daughter #1) and purple patent (Daughter #2). I currently alternate between a pair of knee-high wedge heeled black biker boots and a brown pair of ankle-high boots with a chunky heel…neither available at the moment. I also have my eye on their black and white brogues. January sales? Watch this space.

Few items of clothing have remained in fashion and in demand for as long as Docs. Their heritage as a workwear boot and their associations with the punk movement have done nothing to stem their popularity. Their adaptability to new markets (my heeled pairs are a case in point, and did you know there’s a vegan range too?) has kept them current, yet still classic.

So were those brogue Docs the favourite thing I gifted this year? I guess they must be. And the favourite gift I received? Well, that would be telling. But having my disparate family – from Utrecht, Glasgow, Edinburgh and Stonehaven – together round the table must be up there somewhere as the best bit overall.

I hope your Christmas was a good one, however you spent the time, and that your efforts (and gifts!) were well received. And may I wish you and yours all the best for a happy and healthy 2018? And may your feet be dry and comfortable too.