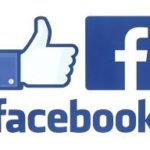 I reached a milestone this week and I’m  conflicted about it. It’s not a birthday – that’s not till later in the year, but an anniversary. Ladies and gentlemen (pause for drumroll) it is ten years since I joined Facebook.

Roll back a decade and a few weeks, and it just didn’t seem like something I’d either be interested in or have time for. From the outside looking in, Facebook was just another way to keep in touch with friends, and I already had ways of doing that… I could phone them, see them for a coffee or a glass of wine, or I could text. What was the point of Facebook anyway?

Ten years ago, I just didn’t think I had the time for it. Co-hosting Breakfast on MFR meant silly-early starts, early nights and an occasional nap in the afternoons. I was writing columns and hosting events, and – according to my 2010 diary – seemed to be doing an awful lot of swimming.

My life was full of mundane stuff – what would I post? 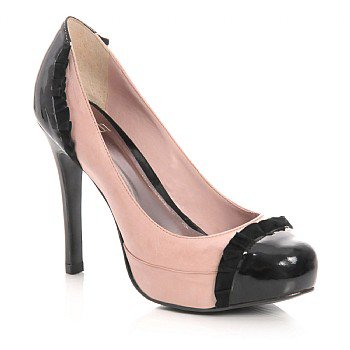 New shoes! My first Facebook photo, four months after I joined. Not much has changed…

And what would I post anyway? I was busy, but it all seemed pretty mundane stuff. After work I was Mum to our two girls of 11 and 13, with all their hockey and Guides, and drama and dance classes. There was homework to help with, School Council to sit on and parents’ nights to attend. I also needed to squeeze in all the domestic stuff; the shopping, cooking, cleaning and laundry. None of that was the slightest bit worth sharing, was it?

So, what changed? It was my first experience of FoMo – the fear of missing out. A colleague was celebrating the birth of a new baby, and I asked to see some photos. He looked at me incredulously, before saying ‘Yeah, they’re all on Facebook’. Not only had I missed seeing the photos, I’d also missed the after-work drinks to wet the baby’s head. Out of Facebook was out of mind. I created a profile and have spent the last ten years trying desperately not to miss anything else.

So…. the downsides.  Facebook dominates my life. It’s the first thing I check when I wake up in the morning (yes, I break all the healthy sleeping rules with my phone right by my bed) and I often check it last thing at night too. It’s open on my laptop all day as I work, driving me crazy with constant interruptions. I show off with photos of holidays and delicious dinners I have cooked. But in low moments I despise the glamorous cocktail-fuelled lifestyles my friends seem to be leading when I’m binge-watching Grey’s Anatomy or stuck in a vortex of cat videos.

Would I be without it now?

And yet, would I be without Facebook now? Absolutely not. And it’s not just because I’m addicted to it (although I freely admit that I am). Facebook is where I do catch up with friends and their families – news of graduations and grandchildren, new jobs and house moves, (and less, interesting) gym sessions and long runs. It’s where (along with Twitter) I hear breaking news, and it’s how I find out what is happening in my neighbourhood, and in places I’d like to visit. Facebook is for hive-advice; ask your network and you’ll get trusted recommendations for local decorators, places to eat in a new city or – as I got last week – ‘cures’ for laryngitis.

I know, it’s a scary place too. A pair of boots I’ve been browsing online have been stalking me in Facebook ads for weeks now, and they (whoever ‘they’ are) probably have enough personal information about me to hack my bank accounts and steal my overdraft. My posts also reveal where I live, when I’m on holiday and even when I’m going to the cinema. But my profile is private to non-friends (or is it?). I can’t worry too much about that. That would induce madness.

I have two rules; I will only be Facebook friends with someone I actually have met in the flesh and would happily meet one-to-one for a coffee or a drink. And the second rule is that I don’t argue. I argue plenty in real life, just not on Facebook.

Facebook has kept me in touch with school friends, former colleagues, and with friends we’ve made on holiday. Thanks to Facebook these holiday friends have become real friends – we catch up every couple of years or so (often arranging to go on holiday together again) and when we meet, because of our Facebook contact in the meantime, we hit the ground running.

So – were the 2010s a decade of wasted scrolling, or a decade of closer friendships and better communication? I’m very firmly in the latter camp. Facebook – if we’re both still here in 2030, I’ll see you for our 20th anniversary.