Walking through the Alvie estate in Badenoch a couple of weeks ago we watched hay being made. Of course, the sun was shining. A tractor was methodically ‘eating’ its way across a field. Freshly cut hay was fed into the baler behind, and beautifully cylindrical bales were ejected in its wake. The sight of the bales against a blue sky took me straight back to childhood and to ‘the tatties’. Back then, hay bales were for climbing on during sunny lunch times, or for sheltering behind when it was windy and cold. 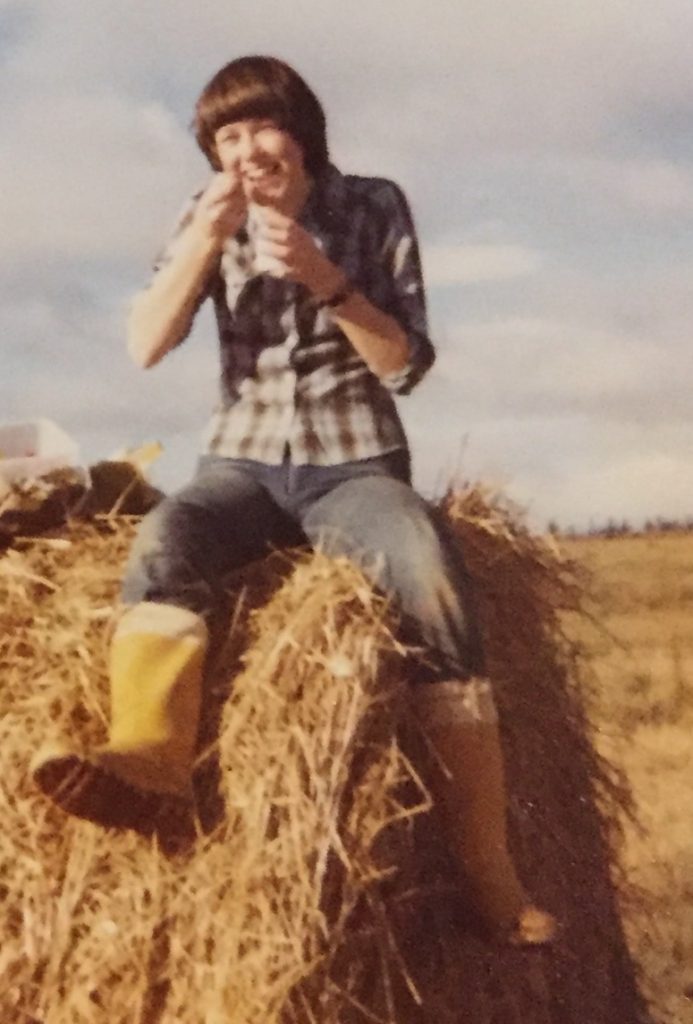 I loved those yellow wellies… and I stick like to rock the checked shirt look!

You had to be 14 to get a job at the tatties, but I was tall for my age, so they took me at 12. We were picked up before dawn from outside the school and driven to the farm in a hosed-out cattle truck. The wind was often bitingly cold, and there was a temptation to break into our sandwiches early.

It was social death to ‘stick the bogie’

At the farm we were unloaded, counted out, and the day’s field was then paced into ‘bits’, one for each of us to pick clean of tatties before the tractor and bogie came round to empty our baskets. It was social death to be too slow and to ‘stick the bogie’. I can still hear the rattle of the digger, turning the soil to expose the next two dreels of tatties to be picked.

It was backbreaking work, but there was never a shortage of takers for the jobs. The pay was £6.50 a day, with a £10 bonus for those who turned out every day of the holidays. On the last day we came home with fat brown envelopes stuffed with cash. Riches. With my first pay I bought the new Blondie album, Parallel Lines. I also bought a blue and brown frilly peasant skirt. Debbie Harry would have been ashamed of me.

The tatties were just one of the jobs we could get on the farms; spring brought ‘the daffys’ (picking unopened daffodils into bunches of ten and securing each bunch with an elastic band) and in summer there were ‘the berries’ (raspberries paid better than strawberries) and ‘the rogueing’ (removing rogue oats from fields of wheat). And although I have clearly not been encouraged by that early hard work into a life of farming, I did learn some valuable lessons. 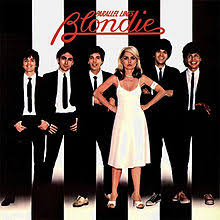 The first lesson was the value of money – it must have been a good half day’s work to earn enough to buy Parallel Lines. The second, was to respect where my food came from, and the hard work that went into producing it. And the third was that no matter how hard you try, it’s really hard to wash the smell of rotten tatties out of muddy jeans. At the end of the season they went in the bin.

Those lessons are lost to most school kids now. The combination of unsupervised young people and farm machinery mean our kids, and their kids too, might never enjoy the delight of playing on hay bales during a lunch break. There was a fair bit of flirting that went on in those fields too, but that’s a column for another day…

But the lessons of farming are not being entirely lost to the current generation. One farmer is bucking the trend and trying to ignite a passion among young people for farming and the food industries, and his efforts were recognised with a win at last month’s Highland Business Awards. 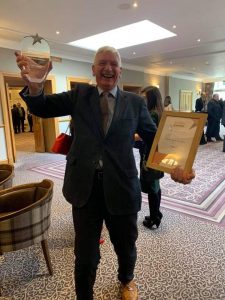 The team at Farmer Jones Academy, winner of Best Social Enterprise, work with young people in schools across Highland to promote every aspect of the food and drink industries ‘from seed to sale’, with hands-on growing projects, cookery lessons and enterprise courses. Their aim is to fully equip the next generation of foodie entrepreneurs. Students learn not just how to grow their own food for market, but how to cook and process it too. They are taught about the importance of food hygiene, branding and marketing, and sustainability. The course, fully approved by the SQA, will give these young people Foundation Apprenticeships which will stand them – and the future of our rural economy and our food and drink industries – in very good stead.

The hope is that, in time, the courses will be rolled out across Scotland and form a standard part of every school’s curriculum. It has certainly attracted the favourable attention of the Scottish Government. I wish them every success, and I’ll hang onto my happy memories of October holidays covered in mud and clambering on hay bales.