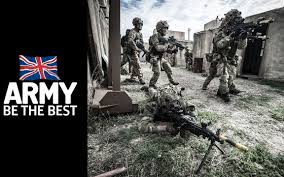 Once again, I find myself in a quandary. I am immensely proud and vicariously excited, yet a little concerned and fearful. Daughter#2, having completed her third year of a degree in Biomedical Engineering at the University of Glasgow and been accepted into the Masters Course, has also been approached by the army. As far as we can tell (and it’s just been a single email so far) they are interested in recruiting her, so that her biomedical skills can be put to good use once she has graduated. And I don’t mind telling you that I’m conflicted.

Of course, should anything come of this, the first thing I need to understand is that it will be her decision. Knowing Rachael, she’ll come to us to talk it through, as she does with most things. Above all, she’s a talker.

Mr Marr and I hadn’t heard of biomedical engineering until we started scouring university prospectuses with a view to helping this offspring of ours choose the correct course. At the time she was swithering about medicine, but her proudly geekish love of maths and physics was calling her down an engineering route. Biomed seemed to be a compromise that would tick all her boxes.

In a nutshell, the discipline is about finding engineering solutions to medical problems. It might mean designing new medical equipment, like the tiny cameras that are swallowed by patients to give surgeons images of their intestines as they pass through. Or it might involve understanding the fluid mechanics of the body, so as to be able to better advise precisely the injection site for radiotherapy to be administered, in order for the drugs to be at maximum potency when they reach a tumour. It’s a course that she is fascinated by, and that we have learned a lot about through our conversations with her.

So why are the army interested in her? At this stage, we can only surmise. She has worked hard so far and seems to be doing well. She is also incredibly fit and sporty and had expressed an interest in signing up from school, before realising she’d be turned down on medical reasons; she has Coeliac Disease. But apparently that is no barrier to this role, whatever it may turn out be.

Why’s biomed interesting to the army?

We couldn’t understand the army’s apparent interest in biomed students at first, but a few conversations later, it all started to fall into place. Many of the medical procedures we routinely benefit from today were first performed experimentally ‘in the field’ by army surgeons who would try anything to save a dying soldier. The very first heart surgery was performed – successfully – on a British soldier during the First World War, and the destructive nature of wars has, since the American Civil War, immeasurably advanced the science of prosthetics. And while it’s a lovely story that Superglue was invented to quickly close wounds during the Second World War, I was disappointed to discover that’s an urban myth. It was widely used during the Vietnam War for that purpose though.

So, here’s my quandary. I am undeniably proud that my daughter’s university career so far has marked her out as a potentially attractive candidate to join the ranks of the Armed Forces. From what I understand of military life, the teamwork, the discipline, the shared goals and the camaraderie would appeal enormously to her personality and her nature. But here comes the selfish part; I worry about any child of mine potentially being exposed to a conflict situation.

I fear for her safety

I know. I admire our armed forces beyond belief. A fortnight spent on board HMS Sutherland on operation in the Caribbean gave me insight and a deep and lasting respect for anyone who dedicates their life to the defence and strength of our country. But – and I know there will be people reading this who serve or have served themselves, or who have lost loved ones, or whose loved ones may be on active service just now – I fear for her safety.

It’s highly unlikely, I guess, that a biomedical engineer would be on the front line. But who knows? And of course, we’re back to the bottom line; it’s her life and her decision.

Whatever the outcome might be of these discussions to come, I am fiercely proud of this young adult of ours. Who knows, if she does sign up, I may be bursting with even more pride – and love – for her service to her country. And yet there’s this reticence. I’ll keep you posted.

Got any feedback for me? For that or anything else, contact me here.