One of my favourite possessions is a small, tattered and stained recipe book. It has a flimsy khaki canvas cover and is falling apart, thanks to years of use. It sits on the shelf in my kitchen alongside the Delias of the nineties, the Nigels and Nigellas of the noughties, and my current ‘most-used’ book, Kirsten Gilmour’s ‘The Mountain Café Cookbook’. But it is dwarfed by them all. I don’t think I’ve ever actually cooked anything from this slim volume but I’ll never part with it, because it belonged to the grandmother I never met.

The title on the front, in faded gold lettering, reads ‘Cookery Book: For Use in School and Home’. It was published by Aberdeen Education Authority in 1929 – that’s 90 years ago – and has just 88 pages, several of which were left blank for pupils to add their own recipes.

I don’t know very much about Violet Elizabeth Anderson, who carefully wrote her name and address on the inside front cover, because she died when my mother was a teenager. As far as I know, no photographs exist of her from 1929. But from her copperplate annotations I know that she preferred to use margarine instead of beef dripping in her Ox Tail Soup, and that she substituted milk for water in her Boiled Pastry.

A snapshot of the social history of the 1930s

This wee book, as well as being a link to my grandmother, is a snapshot of the social history of the time. In pre-war Aberdeen there was no lack of sugar – the bulk of the recipes are for cakes, puddings and sweets; raspberry buns, fruit cakes, baked custards and plum puddings, plus tablet, boilings and coconut drops galore. But Aberdeen in the 1920s was a stranger to garlic and chilli, herbs and wine. And while every second ready-meal in our supermarkets these days contains chicken, one solitary recipe in Violet’s book calls for a ‘boiling fowl’. There’s no mention of cheese either.

What she would have made of the variety of foods and flavours we have these days is anybody’s guess, but she’d have struggled to find some of her favourite ingredients. My local Tesco no longer sells sheep’s heads or fish livers, and I failed recently to find semolina – I like to add it to shortbread to give extra ‘bite’. Rabbit is rising in popularity again, so she might get lucky with that, and it’s now possible to buy pellets of beeswax on eBay – mine should have arrived by the time you read this. I’ll be melting them down to follow her recipe for furniture polish… if I ever get around to it.

But my grandmother’s cookbook merely whets the appetite for Sue Lawrence’s soon-to-be-published new book, ‘A Taste of Scotland’s Islands’.

A culinary journey through Scotland’s islands 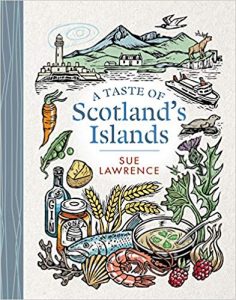 Sue travelled to 20 of Scotland’s islands to research her book, and spoke to some of their best chefs, food suppliers, café owners and restaurateurs, to gather the recipes within its pages. Sue offers her own spin on things – a little less sugar in Lewis oatcakes, for example, or simplifying a ‘cheffy veloute’ into a watercress salad to accompany a scallop dish. The result is a beautiful book which celebrates our natural larder, at the same time as inspiring travel to these far-flung fringes of our nation.

From Orkney’s beremeal breakfast bakes to Colonsay honey-ice-cream and Islay’s Botanist Gin cheesecake, it is a blend of the old and the new – modern ideas for using the best of our natural produce, but with respect for tradition. 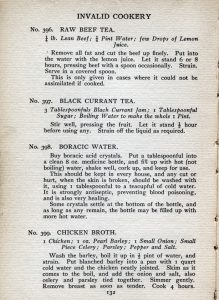 The book tells as many stories as it offers ideas of what to cook for tea. In 1930, at the same time as my grandmother was cooking Raw Beef Tea for Invalids, the last residents of St Kilda, Sue tells us, were air-drying puffin to sustain them during the winter, or adding slices of the bird’s fresh meat to their porridge. There’s a recipe in book for Cormorant Soup from Harris (although little encouragement to try it) and I won’t be serving up her Guga and Tatties; I’ll leave that questionable delicacy to the Men of Ness in North Lewis.

Fashions in food, as with everything else, come and go. Local produce will always be in style, though, and in the absence of an online Tesco delivery, the sheep’s heads, fish livers, guga, puffins and cormorants of the past helped to keep the wolf from the door. This new book is a treat for foodies, and, like my grandmother’s book, a social commentary on the past. Bon appetit. 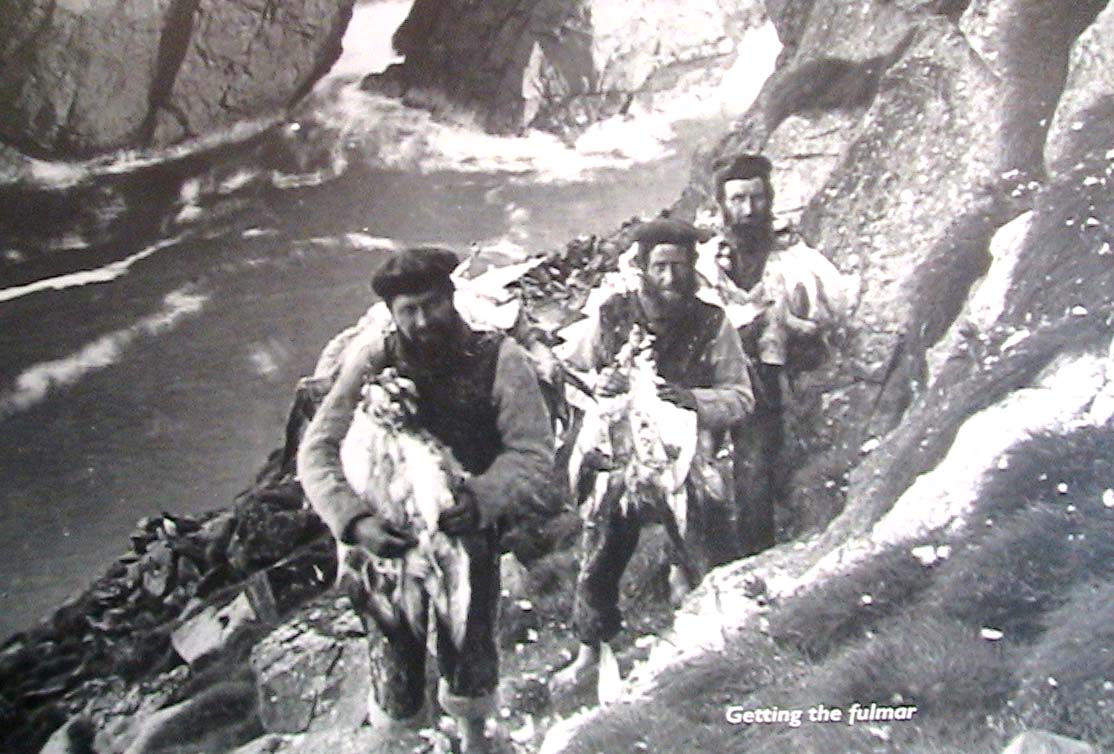 Got any feedback? For that or anything else, contact me here.