As the debate about smacking has been aired in Holyrood, in the press and on the radio, I have been feeling increasingly uncomfortable. Because although I fully support Highland MSP John Finnie’s Member’s Bill to outlaw the physical punishment of children, and am proud that Scotland will be the first part of the UK to do so, the fact remains that when our girls were young, I smacked them.

I smacked them when they were naughty, or had done something dangerous, like running into the road, usually when I was tired and frustrated. When I smacked them – and it didn’t happen often, but it happened too often – it was almost instinctive. There was no time to ‘count to ten’ or ‘take a deep breath’ – my body just reacted, and my hand would make contact with their bottom or the back of their legs.

And every time I smacked, even though the number of times it happened was in single figures, and I never smacked them hard, I instantly regretted it. I regretted that I had caused any physical pain to my child. I hated the pain I saw in her face and the betrayal and confusion I saw in her eyes. I was their mother. I had given birth to these tiny, vulnerable, monstrously frustrating, yet wonderfully lovable beings. In any other situation I would have risked life and limb to protect them from harm, yet here I was, a mother inflicting pain and suffering. I would be wracked with guilt. In fact I still am.

Some of you will judge me for what I did, but your judgement will be nothing compared to the torture I put myself through afterwards.  For hours afterwards I chastised myself, going over in my mind the triggers, my reactions, and wondering what, and how, I could have done better. But my children seemed to instantly forgive – within minutes they would be back for cuddles and stories, wanting help with a jigsaw or with Lego, or looking for a drink or snack.  And their acceptance and unconditional love, in spite of my failings, both made me feel worse, and made me strive to be a better mother.

I’m not going to make excuses, but I found the toddler years hard. Once the girls grew beyond the age of three or four I found better ways to parent. I’m not sure if they have any memory of being smacked – I haven’t found the words to ask them. But over the years – with practice – I learned not to lose my temper. 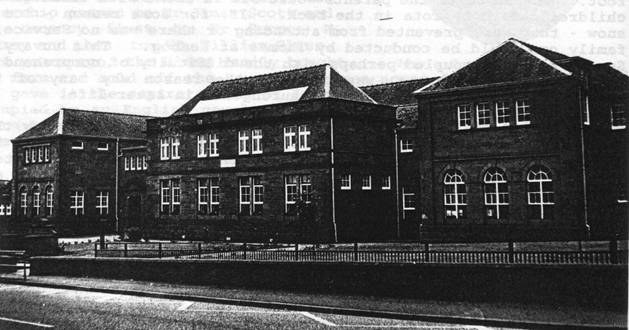 I was smacked as a child. In the early 70s we all were, certainly the kids who grew up in our street. We were smacked and physically chastised at school too – our Primary 1 teacher Miss Jack had a fondness for rapping her knuckles on the back of our heads for even the slightest misdemeanour – using the wrong colour of pencil, perhaps, or fidgeting during story-time. More delinquent actions (repeatedly failing to do homework or throwing snowballs) were met with the headmaster’s belt across the hands.

Looking back it seems unspeakably cruel, but Miss Jack was considered to be an excellent teacher and she delivered tremendous academic results. It would be easy to say that ‘it never did us any harm’, but as with many things from our societal past – smoking in public places, drinking during pregnancy, ignoring seatbelts and cycle helmets – we have learned from our mistakes and now know better.

John Finnie’s Member’s Bill has achieved the support of the Scottish Government and will add Scotland to the list of 52 countries around the world where it is against the law to physically punish children. Not everyone is in favour – the Scottish Conservatives have said they will oppose the move, as do some church leaders; ‘spare the rod and spoil the child’ perhaps?

Studies in New Zealand, where the ban was introduced in 2007, have not been wholeheartedly positive. A 2011 survey reported a quarter of parents feeling less confident about how to deal with their child’s unacceptable behaviour, and a follow-up in 2016 suggested that two thirds of parents would flout the law. So alongside the ban some thought should be given to educating parents about how to better communicate with their kids. Representatives of Family First New Zealand, a Christian, right-wing pro-life political party, have been vocal in encouraging Scots to reject the legislation, saying that it fails to differentiate between ‘good parents who smack’ and ‘child abusers’ and risks breaking families up.

But just because a law is not perfect, or will be hard to police, is no reason not to enact it. I doubt that it would ever have happened, but if I had been caught smacking my children and they had been removed from our care, that would have been a disaster for me – and, I like to think, for our whole family. But if smacking had been illegal, maybe that might have been enough to have stopped me in my tracks, in spite of the red mist I was seeing.

It is impossible to know what happens behind the closed door of any home, but by banning smacking, Scotland is sending out a clear message to its children that physical violence is unacceptable. I applaud John Finnie. I just wish this had happened 20 years ago. And to my own girls, again, I am sorry.