The strength of sibling rivalry

It’s never a good idea to compare ourselves to others. We know this to be true when it comes to filtered posts on social media, and when we sacrifice happiness to ‘keep up with the Joneses’.

But a competitive mindset is ingrained within us all. It’s why we love sport, and why we talk about winning in business. It’s why we strive to be thinner, faster, richer, stronger, and better. It starts young, with the playground boast; ‘My Dad is bigger than your Dad’.

Nowhere is rivalry stronger than among siblings. I’m the eldest of three; with four years between my sister and me, our brother appeared a year later. Growing up I was the bossy one, and the one who did things first. I was first to go to university, to get married and have kids, and first to make monumental mistakes. 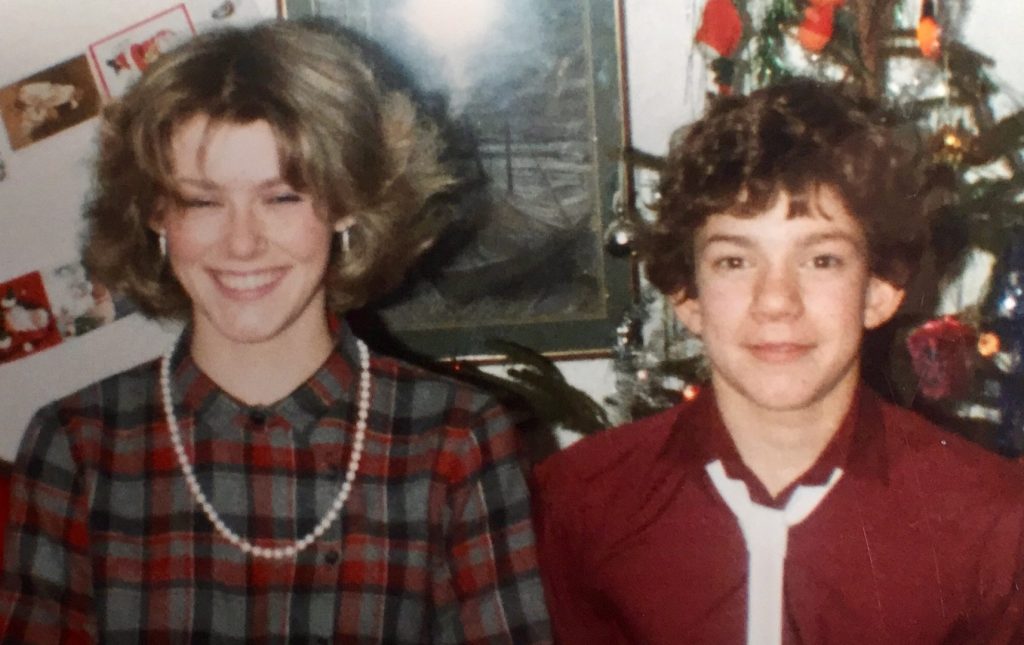 Me and my brother Iain, Christmas 1984. Plastic pearls and white leather ties were the height of (ahem) fashion…

The baby of the family, Iain, was slower to wake up to academia, and there weren’t many hopes that he would get through his Highers. This was the late 80s, and university was our parents’ competitive hope for us all. Iain pulled it out of the bag, was accepted into Aberdeen to study medicine, and found his niche. And boy, has he found his niche.

You might have seen news stories last week about a new-born from Moray, Isabella Whinfield, receiving the world’s most expensive drug to treat a rare form of the often-fatal condition Spinal Muscular Atrophy. The list price of Zolgensma is £1.79 million. In a single dose it replicates a missing gene and restores nerve and muscle function. It saves tiny lives beyond their (up to) two-year expectancy, hopefully rendering future treatment unnecessary.

Isabella was the second patient in Scotland to receive the gene-therapy; the first, a toot who received the hour-long infusion in February, is reported to be doing well. The oldest child to be treated with the drug is now five.

But who was the neurologist leading the team of doctors who treated Isabella in Glasgow’s Royal Hospital for Children? My wee brother, Dr Iain Horrocks.

The decision to treat Isabella wasn’t taken lightly, nor was it Iain’s alone. The gene therapy was approved for use by NHS Scotland earlier this year and is said to be a game-changer. Iain said Isabella was the perfect candidate. Her diagnosis was confirmed at just eleven days old, and she was treated nine days later. She’s now at home with her parents in Archiestown, doing reassuringly well.

I’ve spoken to Iain – typically, I saw the news reports before he thought to mention any of this to his family. He is a little stunned by the publicity – his focus remains on Isabella and the team’s other patients with neuromuscular disorders. 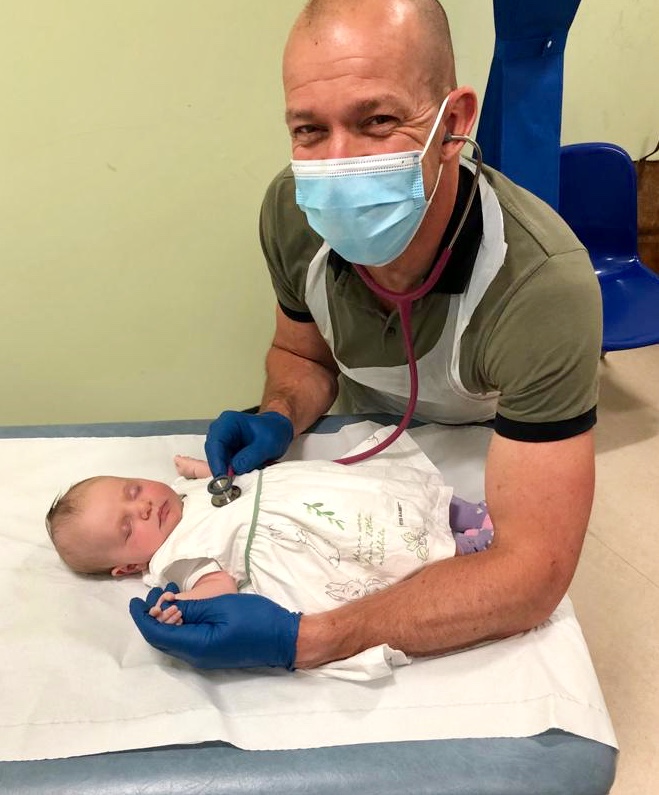 Iain treating Isabella at her six week check last week. Thanks to Isabella’s family for the photo – we’re delighted to hear she’s doing so well!

The ethics of gene therapy and costs of treatment are for another forum. All I can say is that for once, I almost regret our childhood scrapes and how mean I was to him when we were kids. There’s no room for sibling rivalry any longer. Hasn’t my skinny, scabby-kneed wee brother done well?

I’ve had both jabs. My post-vaccine ‘hangover’ is fading as efficacy kicks in. I’m now one of the herd helping to suppress the virus – or at least the known variants of it – to get our economy reopened, get our NHS back to focussing on the care it offered before, and get our social and working lives back to 2019 levels.

But watching the news, I’m struggling to accept apparent anomalies in the rules. Hospitality remains restricted, theatre and live music are still untenable, yet the Wimbledon final is a capacity affair.

My tactic throughout has been to focus on what I can do, rather than stressing about what I can’t. It’s worked for me so far, but for how much longer?

End of the route for Applecross?

Applecross is on the NC500, but with the increase in traffic, particularly over the steep and winding Bealach-na-Ba, some locals are keen to call time and leave the official route. I don’t blame them.

But could a compromise be for Applecross to remain as an ‘optional extra’? That way, finisher-completers could miss it out but still feel they’ve ‘done’ the route, leaving the most fragile communities to those who seek them out because they know, love and will respect them?

Applecross. Beautiful even in the depths of winter.

If you’d like to receive it by email every week, why not sign up? It’s completely free, with no spam, ads or other undesirables. Just pop your email address into the widget on my home page here.