For a country with a population of just over 5 million Scotland doesn’t half punch above its weight. It has been well documented that we discovered, invented or manufactured many things without which the modern world would be very different, from the phone and the TV, through penicillin and anaesthesia, to modern banking, the pneumatic tyre, wellies and the steam engine.

In addition we have sent explorers into uncharted territories (David Livingstone), preserved great wildernesses (John Muir) , been great philanthropists (Elsie Inglis, Tom Farmer and more) and created breath-taking works of art, literature and music (too many to mention). And now the focus has switched from what Scots have done and created to the land in which we live. Scotland has been named, by readers of the influential Rough Guide travel guides, as the most beautiful country in the world. 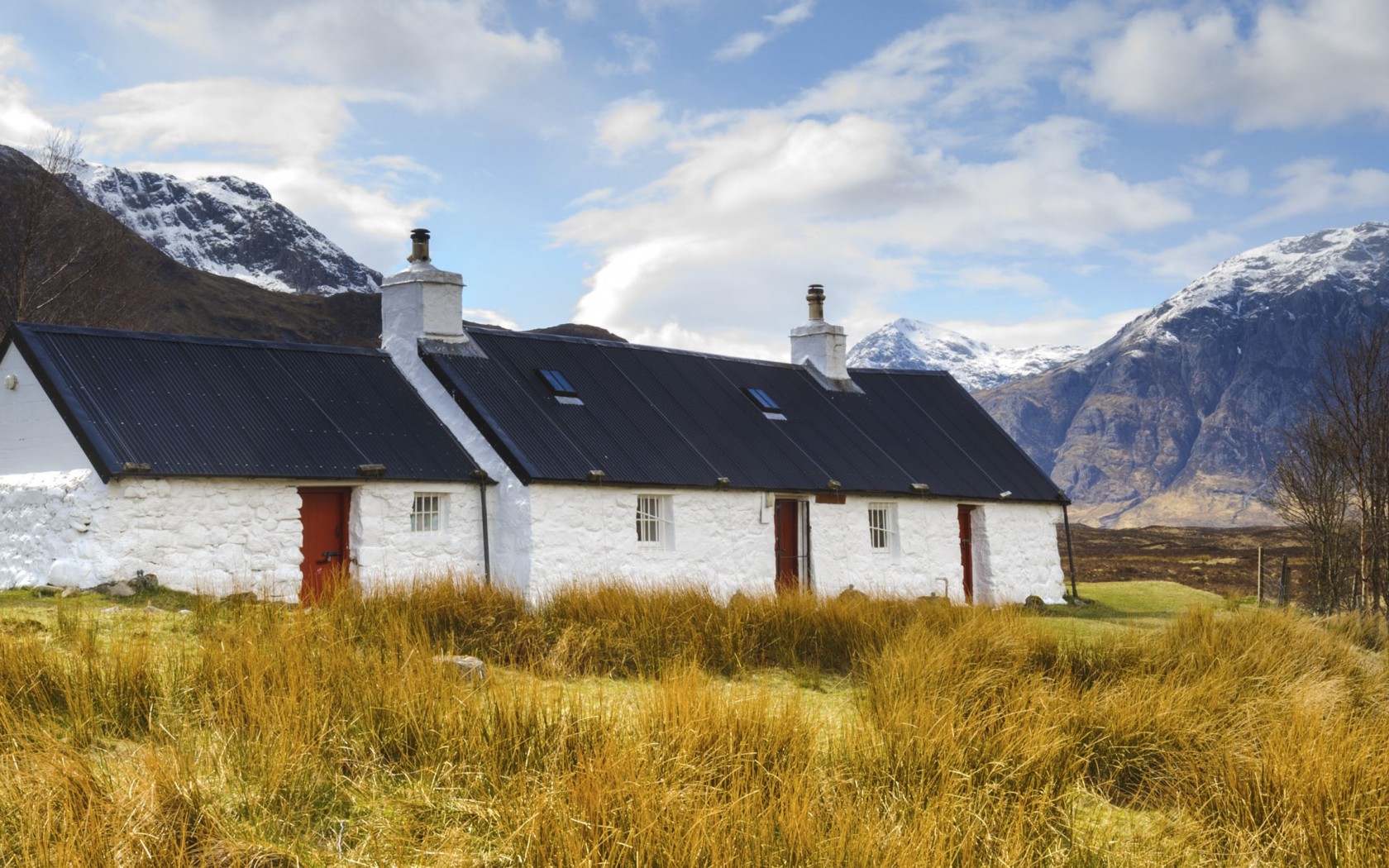 Rough Guides Readers have named Scotland as the most beautiful country in the world.
Image: Rough Guides

Without being too smug about it (but why not be smug about this?) we Scots all knew that already. For years whenever the Marrs have gone on holiday we have loved the adventure, the better weather, the discovery of new cultures, languages, flavours and experiences, but with one or two tiny exceptions the scenery, although beautiful, has never quite matched the variety and beauty of what we have at home.

Boat trips to explore Normandy’s ‘rugged coastline’ have always fallen short when compared with the seemingly untamed wilderness of the west coast of Sutherland. The ‘beautiful beaches’ boasted of in the Greek Island brochures have certainly been beautiful – and their sea warm(!) – but they lose marks when compared with the world class ‘sand-meets-sea’ extravaganzas we enjoy at Lossiemouth, Dornoch, Achmelvich and Sandwood.

Our mountains, while not as high as the Alps or the Rockies, have more variety in shape and geology. I defy anyone not to be impressed by the spectacular scenery of Assynt – Torridonian sandstone and Lewisian Gneiss forming one of the oldest landscapes in Europe. Overlooked by Munro-baggers, the peaks of Quinag, Canisp, Suilven, Cùl Mòr, and Stac Pollaidh, with the myriad of freshwater lochs, rivers and moorland in between, make for some of the best days I have enjoyed in the hills.

But it’s not all about lochs, beaches and mountains, or even cliff-scapes and sea-stacks, or islands and moorlands; Scotland’s created landscape is stunning too. True, there are some architectural eyesores that we all wish could be bulldozed – I’m thinking here of the buildings below Inverness Castle in particular. But the castles and ruins which cling to hillsides, their stone walls dripping with history and secrets and folklore, the grand architecture of our main cities, and the bothies and crofts which stud the landscape, all enhance our wee country.

Of course it’s not just ancient architecture that deserves to be celebrated. The new Queensferry Crossing across the Forth – ignoring its current ability to fulfil its purpose and carry traffic between the Lothians and Fife without tailbacks – is stunning in its elegance, and has once again brought Scotland’s engineering and construction skills to a world stage. If you have six minutes to spare, jump online and watch a stunning short film made by Cromarty film-director Don Coutts. ‘A Love Letter to Scotland’s Bridges’ features 37 of the country’s most distinctive road and rail crossings. There’s a helpful ‘cast list’ at the end it you struggle to identify them all – many are here in the north.

Outlander is bringing more tourists to Scotland than ever. The success of the North Coast 500 route has overwhelmed even the ambitious entrepreneurs who dreamt it up, to the extent that the infrastructure is straining. And it’s no secret that Skye and Inverness have both been full all summer, with reports of astronomical hotel prices and holidaymakers sleeping in their cars because there’s literally no room at the inn. It’s not just the Highlands that are busy – it was almost impossible to hurry anywhere in Edinburgh during this year’s festival.

This latest Rough Guide win for Scotland, and the fact that it has been publicised worldwide, will encourage more domestic and overseas visitor next year – and, I suspect, the year after that, and the year after that too. Vastly improved connectivity at Inverness airport is helping tourists who want to visit Scotland to bypass the central belt and arrive straight in the Highlands, via flights to Inverness from Heathrow and Amsterdam. And VisitScotland are stepping up with their marketing – particularly to the growing band of Millennials who are coming here in search of adventure.

But unless we are ready to meet – and exceed – the demands of our tourists when they get here, word will get out, and visitor numbers will start to fall again. Continued investment in tourism infrastructure has never been more important – we can’t just keep marketing our country if there’s nowhere for people to stay when they’re here.

Tourism is vital to the current and future health of Scotland’s economy, and it is vital that we get it right for every tourist. From whisky to wildlife trips, white-water rafting to golf and live music to epic road trips, our wee nation has it all, and more. It’s in all of our interests that we share our spoils with the world, and share them well.