The Pride of ScotRail

We’re not likely to see The Pride of ScotRail train north of the central belt as it’s electric, so would run out of juice around Stirling. That’s another column for another day… diesel carriages dirtily puffing around the north of Scotland is hardly conducive to achieving net zero. 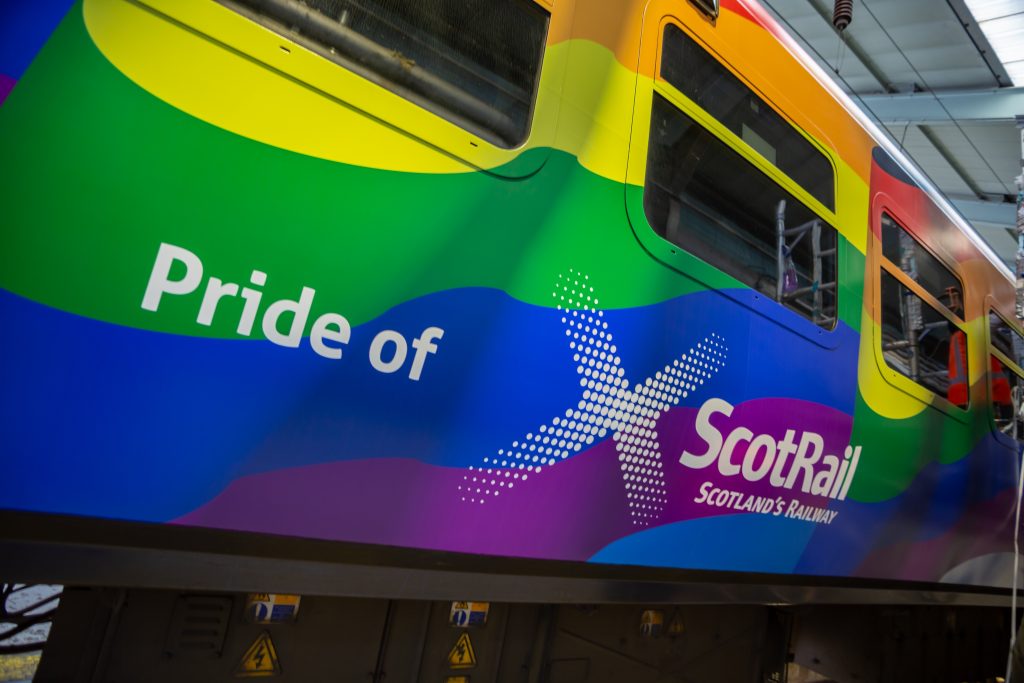 But the launch of The Pride of ScotRail last weekend has hit headlines far beyond the train’s proposed routes between Edinburgh and Livingston, and Bathgate and Helensburgh.

The train looks glorious, painted in the eye-catching colours of the Progress flag, which – I am learning – represents more of the LGBTQ+ community than the Rainbow flag. But this is not a simple diversity box-ticking exercise for ScotRail. The train will be around much longer than the Pride Month of its launch, remaining in circulation till 2029.

‘… we won’t tolerate bigotry or discrimination’

The carriage is, as explained by Lesley Kane, ScotRail Commercial Director, ‘a visual commitment’ to the LGBTQ+ community, and ‘a reminder that we won’t tolerate bigotry or discrimination’.

Lesley continued, ‘Regardless of background or your identity, you should feel welcomed and safe when travelling.’

The press release resulted in a mild flurry of media interest, but the story really started to gain traction after the sharp response on Twitter from the ScotRail social media team to a query from a member of the public. They Tweeted: ‘I take it you’ll also be painting one in straight colours? Or will we be discriminated against?’ 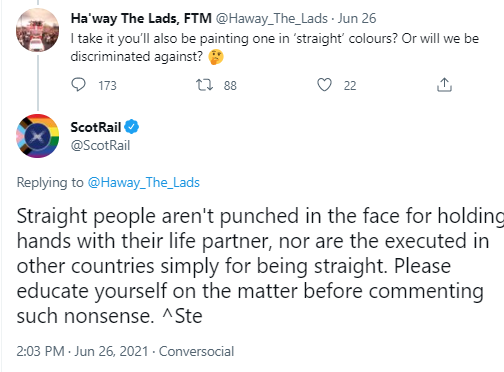 Ste from ScotRail was immediate with his response: ‘Straight people aren’t punched in the face for holding hands with their life partner, nor are the[y] executed in other countries simply for being straight. Please educate yourself on the matter before commenting such nonsense. ^Ste’.

Why we still need Pride

Brilliant. In just 25 words ScotRail Ste managed to articulate why there still needs to be a Pride Month, why there is a #BlackLivesMatter campaign, and why we need International Women’s Day.

Because until non-straight, non-binary, non-white, non-able-bodied, non-male people the world over are treated with respect, dignity, and equality, and have the same opportunities to advance and flourish as everyone else, then the world’s campaigning work is not done. And simply churning out the phrase ‘All Lives Matter’ belittles and denies the injustices that still exist.

I know. Look at me – I’m hardly a symbol of oppression. I’m straight, white, middle-class, and able-bodied. I’ve been blessed with opportunity in my personal relationships, in education and in my working life. I’ve had the tools with which to fight my corner when I’ve (rarely) felt discriminated against or threatened, and although I wish those situations had never arisen, I feel stronger for having overcome them.

But we don’t have to look far to see that there is still a mountain to climb in terms of racial equality, real acceptance of LGBTQ+ lives, and disability rights too. The Pride of ScotRail and Ste’s golden Tweet are an example of lives being made a little better. Well played, all.

We were on holiday last week – remember those? No Mediterranean sun for the Marrs again this year – and quite right too, given recent Covid statistics, but a quiet week for two in Dumfries and Galloway.

To be totally honest, my hopes weren’t too high. ‘Why travel south of Perth?’, has been my mantra for Scottish holidays for the past 25 years. But seeing Instagram posts from friends who live on the Solway Coast, I was tempted. 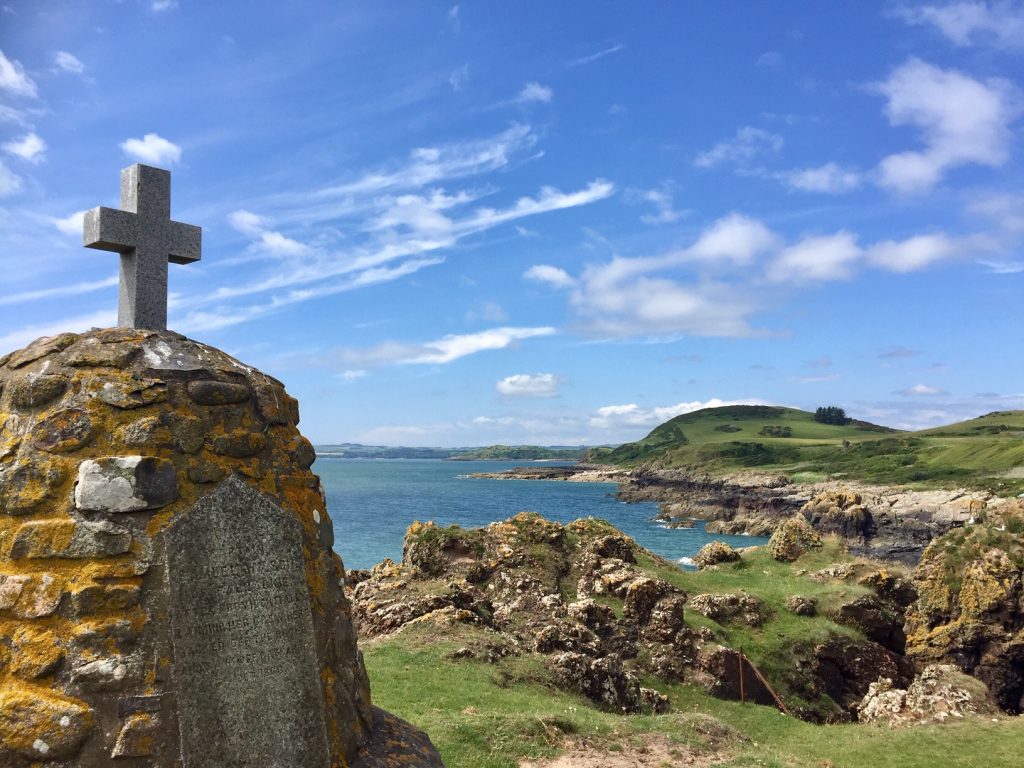 The coastal path between Rockcliffe and Sandyhills.

The air was warm, the landscape glorious, the people welcoming, and the roads, footpaths, bars, and campsites all blissfully quiet. We walked and cycled, ate, slept, and read. All in splendid near- isolation.

Dumfries and Galloway reminded me of the Highlands of my childhood. Quiet and unspoiled. Shops shut on Sundays. It’s a glorious part of Scotland that we should all take time to enjoy. But it wasn’t perfect. DumGal midgies? They made ours look tame.

When Britney Spears burst onto the pop scene in 1998 dressed in a skimpy school uniform, I raised a weary eyebrow and wondered who had put her up to it. During her rambling speech to a Californian Court last week, part of a desperate attempt to have her toxic conservatorship revoked, the answer became clear.

There is no denying Spears’ talent, work ethic or fortune. Her public breakdown in 2007-8 was shocking. But to realise she’s effectively been under house-arrest ever since? And forcibly denied the right to conceive? This is not the era of Victorian Asylums, this is 2021. #FreeBritney. I’m all in.