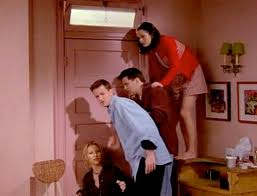 Eavesdropping. It’s not always as funny as it was in Friends…

I’m not one for eavesdropping but sometimes if just can’t be helped. On a train from the central belt back north this week – it couldn’t be helped, as much as I’d have loved to have remained oblivious to what was going on.

Picture the scene – and if you’ve travelled by Scotrail in the past year you won’t have to. We were in a too-short, too-busy train, with no seat reservations and every seat sold more than once. I was lucky enough to find somewhere to perch at a table for four, but with four large dogs in the carriage, the sun burning through the windows and the heating cranked to high, the atmosphere was thick. And then it started. The woman across the table told her daughter (late teens) to put her phone away so they could have a ‘nice chat’. A nice chat it wasn’t.

With no effort to modify the volume of her voice either out of respect for her fellow travellers or – more crucially – out of respect for her daughter – she proceeded to painstakingly, and painfully, start listing every perceived fault in her daughter. It started with her clothes (“so scruffy, what do you do with all the money I give you?”), moved on to her hair (“had it seen shampoo this week?”) and then her phone habits (“is that thing glued to your hand? All you do is scroll – where is your conversation these days?”).

The woman sitting opposite me caught my eye and put her headphones in. And so, the attack continued.

The girl was doing well in school, but in spite of passing exams she was not doing enough. Her current failure was in having not asked for feedback as to precisely why she had done so well. Without fully understanding her strengths, how would she replicate them in future? Was she demanding enough of her teachers? Was she pushing herself beyond what the curriculum required? Was she making the most of her family connections to get ahead?

The questioning was relentless, the remarks were snide. The daughter did her best to defend herself, issuing plaintive reminders that she was getting top marks and was on track to get into her chosen course. But being ‘on track’ wasn’t enough and the tirade continued. Eventually the girl’s will was broken, and she confessed to her failings, promising to work harder and generally be the daughter her mother wanted her to be.

Apart from the exchange between mother and daughter the carriage was silent. Although pretending to be engrossed in books, phones and laptops, it was clear that we were all listening and could hear every word. Even the dogs were paying attention. Furtive glances passed among us asking the unspoked question; was this ‘just’ a pushy parent or was it bullying?

When they eventually reached their stop and got off the train there was relief. We had all felt uncomfortable. There was general tutting and mutterings of ‘poor lassie’, but not one of us has spoken out. But why should we? This was clearly a family matter, and none of our business. We didn’t know the whole story.

And yet… If this is how this mother was happy to talk to her daughter on a crowded train, humiliating her in front of strangers, what goes on when there are no witnesses? The girl seemed used to it, but did that make it better or worse?

If the girl has been spoken to like that by a stranger, I like to think I would have stood up for her. But faced with a parent talking to her child – one who regularly repeated that she was ‘only doing this for [her daughter’s] own good’ – none of us said a word. And I wonder if we should have. 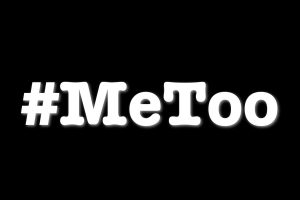 None of us is a perfect parent – there are always things we wish we had done or hadn’t done and situations we wish we had handled differently. Did I push my own girls to achieve at school? I did. But I’d like to think I was a little more understanding and encouraging than the mother we witnessed.

In this era of #MeToo and the serious allegations of a culture of fear and bullying across NHS Highland, we applaud those who have the courage to stand up for what is right. But where were we for that girl on the train? Should we have said something? Was it our place? And what good would it have done, other than earning us an earful to mind our own business?

This post first appeared in Seven Days, published by SPP and issued with The Inverness Courier, The Northern Scot and four other titles across the north of Scotland, week ended 19th October 2018.