Ladies and gentlemen, I have a confession. This week, my column is being brought to you by an outlaw. Since I last wrote, I have had a brush with the law, and been issued with a fine. I feel neither big nor clever, but instead find it reassuring. My rap on the knuckles proves that Police Scotland are paying attention at Christmas 2021, in contrast to the apparent lapses of their Metropolitan colleagues over Downing Street Christmas parties in 2020.

On Sunday morning, while Dominic Raab was on the BBC explaining to Andrew Marr that “the police… don’t normally look back and investigate things that have taken place a year ago” I was in our little red car, Mr Marr beside me, driving from Edinburgh to Glasgow to visit assorted family. The car was full of Christmas tunes and Christmas presents but I was in no rush and thought nothing as I overtook a stationary police car.

Three minutes later, it pulled up behind me, lights flashing.

Clear Communication at its best 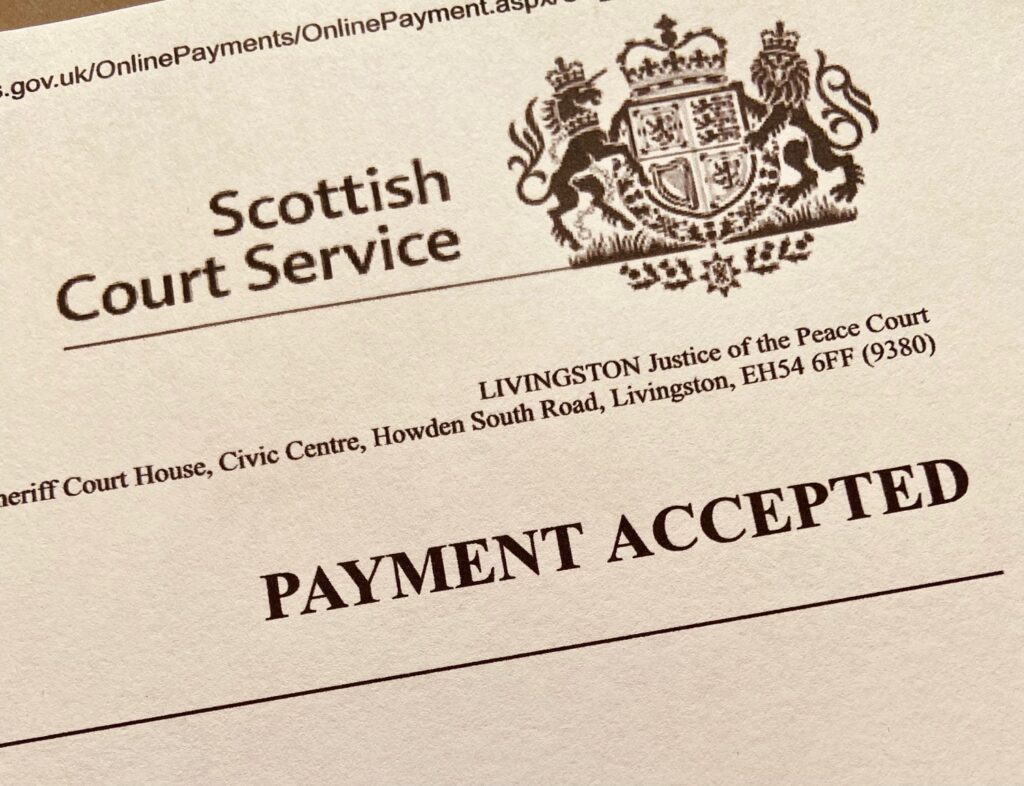 Ouch. That’s £100 out of the Christmas Party budget…

I’d often wondered how drivers know it is them who are being targeted to pull over, but this was clear communication at its best. As I braked, a selection box full of questions ran through my head… ‘When was my last drink? Thankfully, 36 hours before. ‘Was I speeding?’ In this tiny 1-litre engine – are you kidding? ‘When did I last check the tyre tread?! Ah – they might have got me there.

I have no idea what my face was saying as I stepped out of the car but the first thing Cop One said, was not to worry. It wasn’t as though there was a body in the boot, was there? (They didn’t actually check.)

Then Cop Two broke the news. Our MOT had expired. Not just by a day or two, which they might have excused, but by six whole weeks. Mr Marr and I exchanged a look. (If you’ve been married for any length of time, you’ll know exactly the look I mean). It’s his car, but I often deal with the tax, insurance, and MOT. How had we missed this?

Tried booking at MOT on the spot?

It was neither the time nor the place for finger pointing, nor for excuses. But these two enforcers of the laws of the highway, although lovely, were adamant. Our planned trip to Glasgow was a no-no, as was my return up the A9 without an MOT. But have you tried booking one at short notice? I’m writing this on the train back north. The car, and the Christmas presents we’d hoped to deliver, are still in Auld Reekie.

£100 fine is a sting at any time, and especially at Christmas. But it’s our own fault and could have been worse.

I’m hardly an outlaw on the scale of Billy the Kid, or even Christopher Walken. The car will be MOT’d and there’s already a big red reminder in my 2022 diary. But I can’t help thinking £100 would have got us a great Christmas party. Wait… 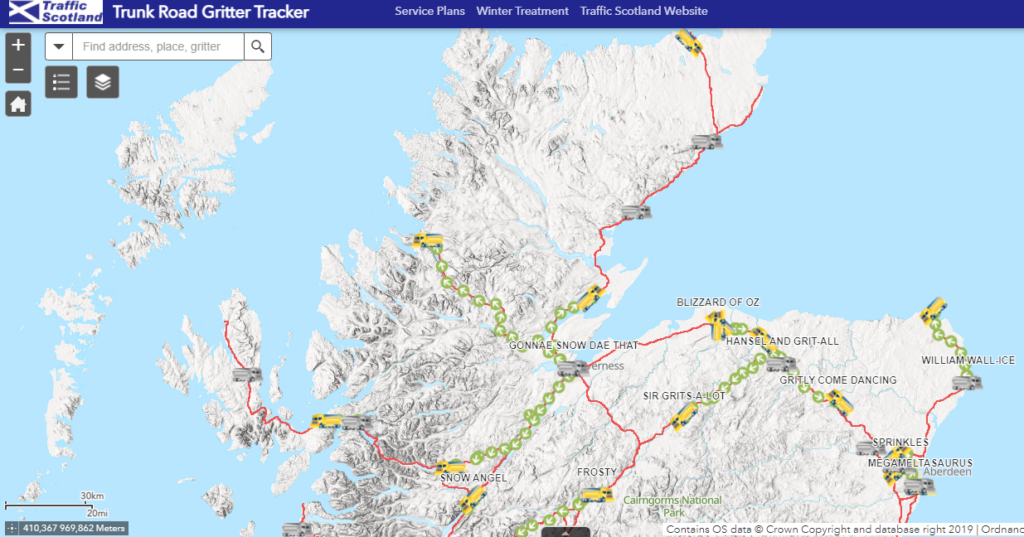 As I write, the final homes cut off by Storm Arwen have just had their power reconnected, and Storm Barra is on its way. In challenging times it’s good to know that help is at hand to keep the north of Scotland moving.

Have you seen the Traffic Scotland Gritter Tracker? Live updates tell me that ‘Gonnae Snow Dae That’ is currently working hard in the streets of Inverness, and ‘Frosty’ is clearing the A9 adjacent to Aviemore. ‘Gritly Come Dancing’ is just east of Huntly on the A96, and ‘The Blizzard of Oz’ is busy in Elgin.

But the gritters to the north and west of Inverness, while working away on the A9, A99 and A835 appear to be nameless. This is a travesty! Can we get this sorted?

I’m chucking ‘Melton John’ and ‘Skid Games’ into the mix, but I know you can do better. Any thoughts? 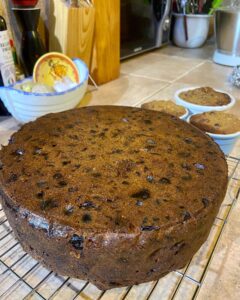 Talking of driving, a warning that my 2021 Christmas cake might send you over the limit. With little else in the way of festive cheer last year, we wellied into Christmas cake and had it scoffed by Hogmanay. I soaked another kilo of dried fruit in port, planning to bake again.

Of course, I never got round to it, but I have kept topping up the fruit with assorted spirits all year. The result, even before it was baked, is delicious. And it’s currently (pun intended) still being fed.

Don’t eat cake and drive. Said no-one ever. Till this year. Hic.

Thanks for reading.
You can also find this column weekly across six of the titles published by Highland News and Media.
Comments, thoughts, feedback and ideas all welcome :)