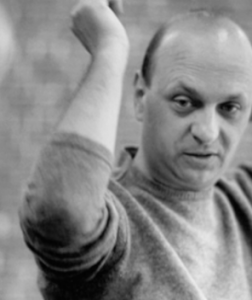 No. My Jonathan Burrows, the one who apparently has the same phone number as me, once filled in a PPI claim form, and scores of PPI collection firms are desperate for him to finish what he once started, presumably so they can earn their share of any PPI he may be entitled to.

Depending on what mood I am in when the ‘Jonathan Burrows’ calls come in, the person on the other end might get Silent Me who just hangs up. Or they might get Angry Me who just yells – that’s usually when I’m in the middle of something else. (I’m not very proud of Angry Me, but she does exist, especially when I’m hungry.) Or they might get Helpful Me, who explains that I don’t know and have never known Jonathan Burrows, that I have had this phone number for about 20 years, and that I get calls for him all the time. Helpful Me suggests they’d be better removing my details from their records, because they are wasting their time. Helpful Me usually appears when I’m in the middle of something boring, when a distraction is welcome.

It was during one of my Helpful Me phases (was I doing my tax return?) that Sam called. In his lovely Welsh accent, he sympathised with the number of calls I receive. He asked where I live, and I told him; he told me of his plans to tour the NC500 in a campervan with his pals. I was about to hang up and block his number too, when he asked whether I had ever made a PPI claim. 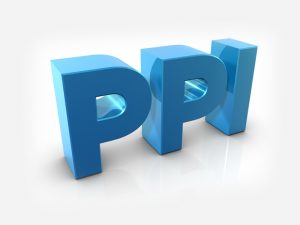 I trotted out my usual answer that yes, I had tried, but no, I had no paperwork left, and actually I didn’t think I’d paid much in the way of PPI anyway. So, it wouldn’t really be worth my while, or his, so thank you very much, and good-bye. But he was persistent, in a nice way, and to prolong the inevitable return to my accounts, I listened more. What was there to lose?

With a little prompting, and from the depths of nowhere, I was able to drum up my last three previous addresses, postcodes and all. I vaguely remembered who I had banked with, and who I might have had loans or credit cards with. Admittedly there was quite a list; my immediate post-student days were financed through overdrafts and loans. That’s another thing I’m not very proud of, but I have always loved shoes… A couple of days later a few forms arrived, I signed them and popped them back in the post box, and then I forgot all about it. The PPI calls miraculously stopped.

A couple of days ago, the PPI calls started again. This time they were not for Jonathan Burrows, they were for me. One bank had accepted my claim and would be issuing a cheque – and so would another one. A third had traced unmarried me in their systems and would be checking their records, and a fourth had no trace of me at all.

Today the first of the cheques landed on the mat. It’s not for a life-changing amount – far from it. A fair percentage of it will need to be sent to the PPI company to meet their fees, but it’s money I would never have had, from a bank that wasn’t entitled to take it from me in the first place. And the best bit is the interest – it’s almost double the amount of the premiums I originally paid back in 1993. I’d forgotten that interest rates were 15% back then.

The PPI complaints deadline is 29th August next year, so if you’ve been putting off making your own claims, or are worried you don’t have the paperwork, the ads are right. You can still get your money back.

Thank you, Jonathan Burrows, for writing down my phone number instead of yours. Whether you did that by mistake, or deliberately changed a digit to duck the inevitable calls, you have done me a favour. And thank you to Welsh Sam, for persisting where others have failed, and for getting me my own money back, with interest. You deserve every penny of your commission.

This post first appeared in Seven Days, published by SPP and issued with The Inverness Courier, The Northern Scot and four other titles across the north of Scotland, week ended 26th October 2018.