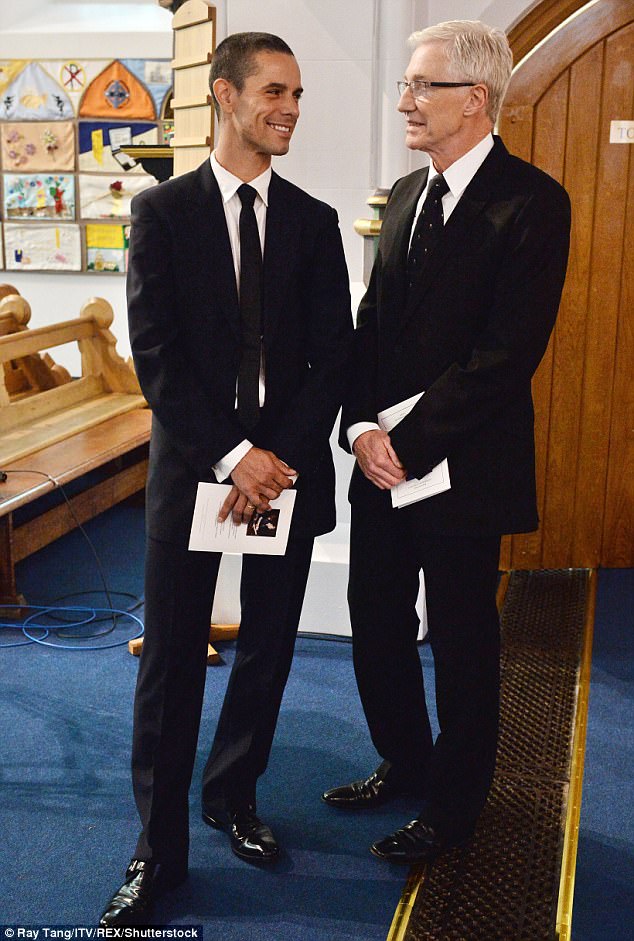 Followers of celebrity gossip may have heard that comedian Paul O’Grady has let slip that he got married in August to his partner of 11 years. The focus of the column inches was not the 25 year age gap between the pair, nor thankfully, that they are both men, but that since their marriage they have not lived together and have no intention of doing so.

O’Grady announced that ‘Living Apart Together’ ‘works a treat’, adding ‘we see as much of each other as any couple, but our relationship is enhanced by knowing we have our personal space to retreat to.’

The story sparked a light-hearted item on Radio Scotland last Friday morning and I was asked to contribute. Because since October when he started a new job in Edinburgh, Mr Marr and I have lived apart, but are still together, me in our family home in Inverness and him in a one-bedroomed flat in Edinburgh. Radio Scotland was curious to find out how it was working out.

I was in a bit of a dilemma. How honest should I be? Mr Marr and I have been together for 30 years (insert ‘child bride’ joke here). Our situation is very different from Mr and Mr O’Grady’s, because they have never lived together. This past fortnight was the longest we had been apart since I worked abroad for a ski-season during our first year together. Because while I miss him – of course I do – there are plus-points to having my own space that I could never have anticipated.

On air with Stephen Jardine we had a bit of a laugh. We talked about the pros and cons of being apart and the ease of keeping in touch thanks to modern technology (we are never off the phone). Stephen even asked whether time apart added a little ‘frisson of excitement’ to our reunions.

I have never lived alone. I moved from my parents’ home into a series of student flats, and then, within a few weeks of meeting him, in with Mr Marr. We got our own place fairly soon after that, and have lived together ever since. We are used to each other and our opposing rhythms – I’m instantly awake in the mornings but love an early night – he takes his time (and caffeine) to warm up, but will stay up late watching obscure movies.

Our domestic talents complement each other – I love cooking and gardening, and he’s quite happy to get the ironing done during those obscure films – he’s also quite good at fixing stuff, and at 6’6”, handy for changing the battery in the smoke detector.

But am I any good on my own? Contrary to my expectations, I’m not lonely. In spite of speculation during Mr Marr’s leaving do that I might want to audition for an ‘Inverness Gentleman’, it would appear that there’s not actually a vacancy. Tucking up in bed at 9.30 with a book and a dram is suiting me quite nicely for now – and with fewer interruptions in the evenings I’m powering through my work ‘to do’ list. Of course that’s when I’m not out with my friends, or haven’t lit the fire and invited them round for gin.

I can also listen to The Archers without headphones (did anyone else guess Pip was pregnant before she told Elizabeth?), sing along to Magic Soul in the bath, and catch up with ‘I’m a Celebrity’ without anyone rolling their eyes. Even my ukulele is seeing more action.

I am managing to feed myself, although admittedly not with much enthusiasm or flair. My experience sharply contradicts Delia’s claim that ‘One is Fun’, so cheese, poached eggs and pots of home-made soup, frozen into sad little one-person portions, have kept me going.  Roasting a whole chicken seems excessive. Maybe I need an ‘Inverness Dining Companion’, or should invite more friends round.

With no snorer beside me I am sleeping better, although I wake up disgruntled because it’s always my turn to make tea. But the hot water never runs out, nor does the milk, and when I go out, everything is exactly – pleasingly – where I left it when I come home.

Of course it helps that I love Edinburgh. Having a base there is a treat, and as long as Scotrail don’t let us down with poor service I’ll be on the train south every few weeks. Mr Marr will head home for weekends when work permits – in fact he’ll be back next week to help decorate the Christmas tree. Having our weeks planned out in advance ruins spontaneity, but it’s a small price to pay for time together. And we do both seem to make a little more effort…

So is ‘Living Together Apart’ going to work out for us? Who knows? It’s only been two months, and the honeymoon period of us each having our own space hasn’t worn off yet. I dare say there will be times when we are cursing the miles between us, but this is just another chapter, and another way of living. Many people live alone, mostly not through choice. We’re lucky to have the option to try it out. And nothing is forever unless that’s the way we want it to be. I just hope I want him back when he retires…