A new function has mysteriously appeared on my phone which tells me how much screen time I have been using. It tells me how many times a day I pick the thing up and breaks down for me how many times I check Facebook or Twitter. And I am horrified. I am too embarrassed to share the data with you but let me just tell you that if I devoted my Spider Solitaire hours to the weekly study of Italian I could be fluent by Christmas.

But last weekend there was a total turnaround – my daily usage hours dropped to minutes and the number of phone pick-ups reduced to single figures, despite the hundreds of photos I took. Because last weekend we drove a borrowed motor home round parts of the North Coast 500. 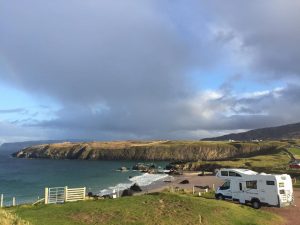 It would not be overstating it to say that my life has changed as a result. I had been looking forward to the experience, but had worried a bit too – where would we stop? How would the whole hot water/shower/gas/chemical toilet set-up work, and – more importantly, would we be part of the perceived problem of rural roads being ruined by slow moving convoys of motor homes? I needn’t have worried a bit. It all worked like a dream and there’s plenty of room for us all. I checked.

‘Freedom of the open road’ is a phrase I had never properly understood before. The fridge was packed. We had full tanks of fuel and water, cosy pyjamas, and every waterproof we owned. I had a complete set of OS maps covering the route, plus a few of the ‘middle ones’ too, in case we fancied a detour. And off we set.

We had no plan, and that was the best part of it all. Night two at the magnificently friendly campsite at Sango Sands, Durness was my trip highlight, with the icing on the cake a wet-suited dip in stormy seas. That was, until we ‘wild’ camped at beautiful Strathy Bay and spent the evening and the following morning watching surfers ride the waves. 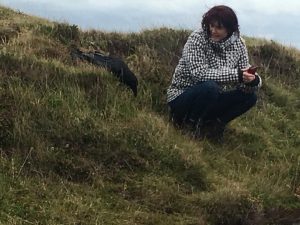 Apparently I have to watch Game of Thrones now…

The tiny Crofter’s Snug site near Castle of Mey was another ‘best bit’ when a neighbour lent us his hose as ours wouldn’t reach to refill our water tank. And meeting a tame raven at the Stacks of Duncansby was awesome. The rain was terrible as we parked at Duncansby Head, but it was rainbow weather and we could see the clouds moving. Ah – the joy of the motor home. We stuck the kettle on and waited for the shower to pass.

Despite the hundreds of photos I took, my phone usage was down; I was looking out of the window or swimming or walking or talking or laughing instead of getting lost in trivia. But since then? Well, I still need to watch my browsing. Would you believe the number of sites there are out there dedicated to life on the road? And how well second-hand motor homes keep their value? 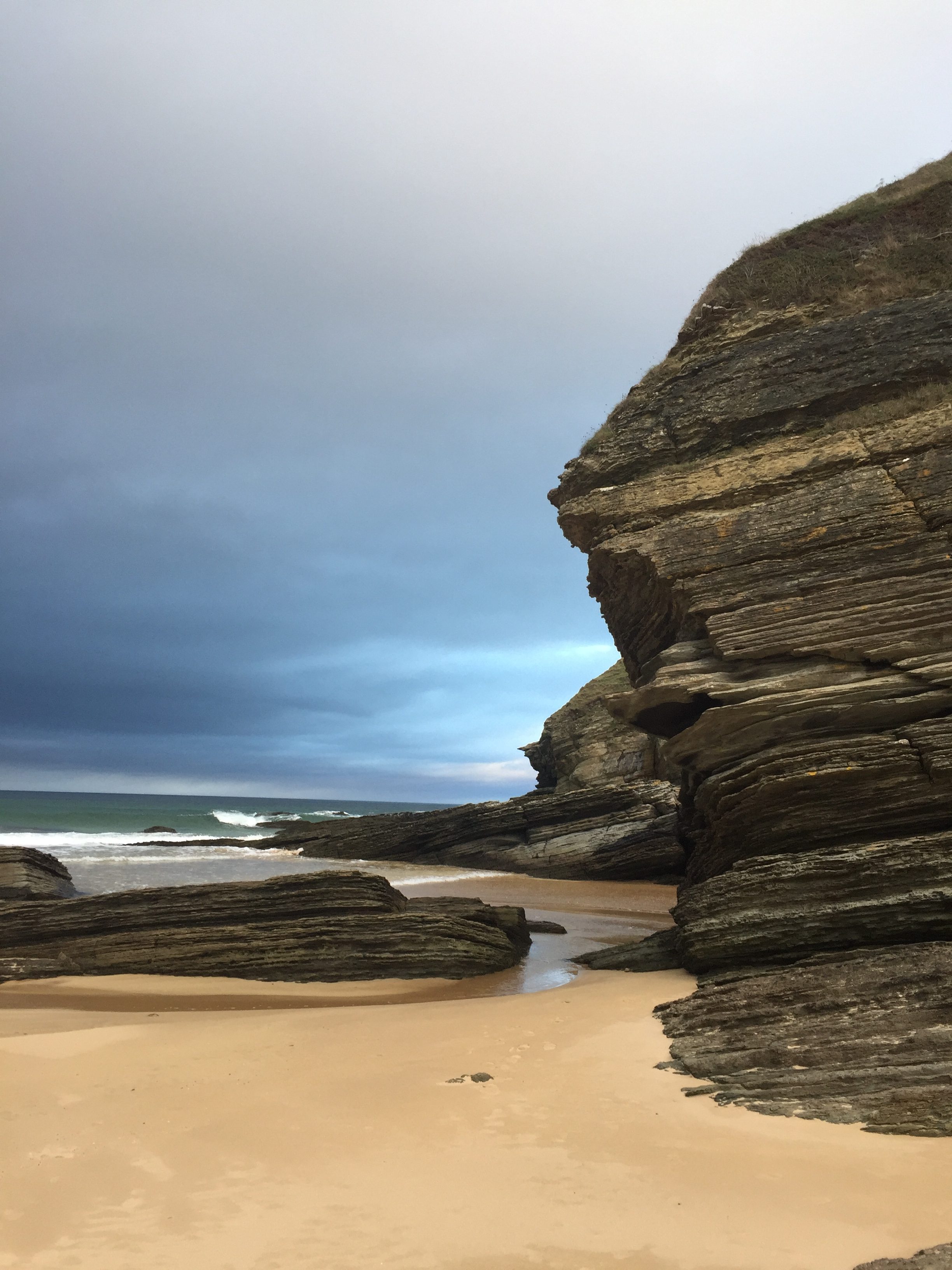 The rocks at Strathy Bay, dusk

Following Des’s example for all the tomorrows we have left 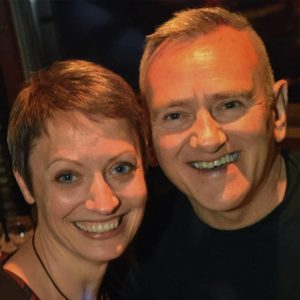 Happier times, but his smile won’t be forgotten.

We said goodbye to a very dear friend last Friday. Over 300 of us packed into the service room at John Fraser & Son in Inverness for a meticulously planned, heart-warming and achingly powerful tribute to the man we had lost. Des was a husband and son, a colleague and a performer and a man who laughed easily.

I always felt better in Des’s company. He was interesting and interested and made me feel as though I was important to him. And always, always, he made me laugh.

Des packed a lot into his 54 years. He had a great career, a fabulous marriage, and indulged his passions for singing, acting, sport and travel. He looked after his friendships, too – which is why so many of us attended his funeral.

There’s nothing like death to put life into perspective, and Des made every second count. The few days since the funeral have been time for reflection. Of course, we can’t have it all, not all the time. With kids, a mortgage and a non-pensionable job I have to make a reasonable effort to earn and save for the future. But maybe there are some lines that can be slackened; a little less worrying about things I can’t change, and a little more focus on fun and friendships would be a good start.

I will remember Des with warmth and fondness; my life was better because, for a while, he was my friend. And I will follow his example and enjoy all the tomorrows I have left.

This post first appeared in Seven Days, published by SPP and issued with The Inverness Courier, The Northern Scot and four other titles across the north of Scotland, week ended 2nd November 2018.