Siblings – we’re 50-something versions of the kids we were 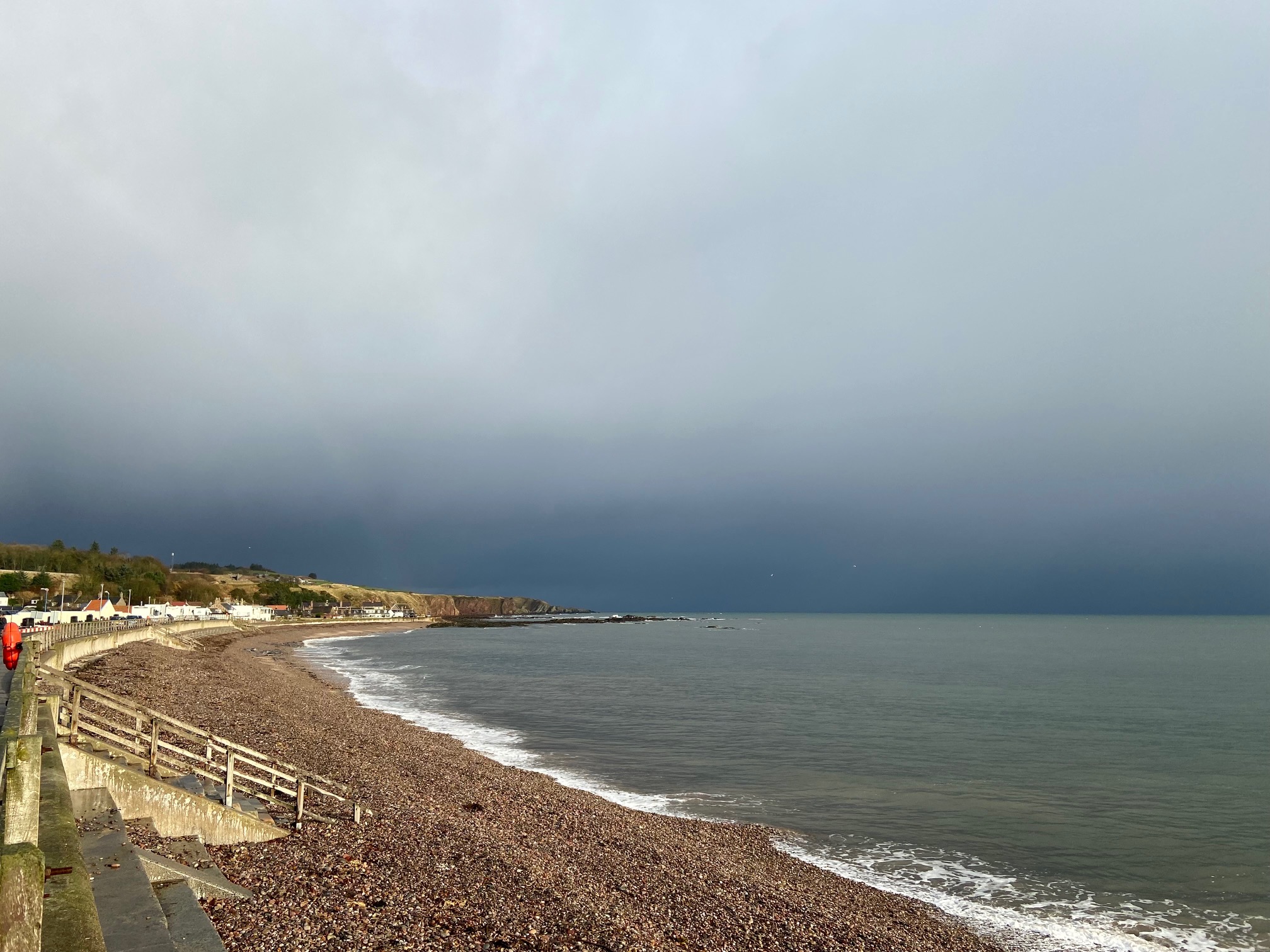 Even in the rain, Stonehaven beach makes my heart sing

We had a family gathering at the weekend. Three generations of a freshly Covid-tested batch of 19 of us, descended upon Stonehaven from all over Scotland. Over cups of coffee, long walks on the beach, a few pints in the Marine and dinner at Molly’s Café, there was easy conversation and lots and lots of laughter.

And – because we are family – there were occasional digs and cutting remarks too. Like most siblings who don’t spend enough time together, my brother, sister and I unwittingly slipped back into our childhood roles and habits. As our brother remarked, “no-one can cut you like your big sisters when they gang up on you”. It’s so ingrained in our behaviour that we don’t realise we’re doing it.

Which underlines what I have long believed; we might imagine we have grown up, but in truth we have just become 50-something versions of who we were as kids, albeit with more responsibilities. Our essence remains the same. Fierce hugs before we parted company, prove the love we have for each other lies deeper and is stronger than any childish squabbles. 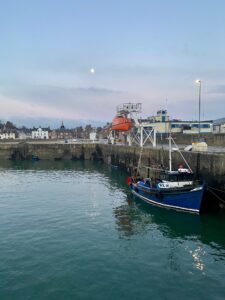 Returning to where we grew up is always poignant, and I seem to feel the pull more strongly each time I visit. I am drawn back to the harbour and to the beach. Waking early each morning, I was out before Mr Marr was awake, breathing in the sea air and diving deep into my past.

Every pebble on that long, beautiful beach seems to be infused with childhood memories. The cavernous beach pavilion where we played pool, fed the juke-box, and practiced flirting with boys from the year above, is now Stonehaven’s Men’s Shed. The old paddling pool where we hung out as tiny kids, gawky teenagers, and everything in between, is now landscaped as a stylish, safer garden. The Amusements, where we played Space Invaders, is now a row of award-winning food outlets. But memories still linger.

I can never resist a detour past the house where we all grew up. What happened to Dad’s roses? Who sleeps in my old bedroom these days? Are my teenage diaries still hidden from prying eyes in a corner of the loft?

What’s it like when you never leave your home town?

I can’t imagine having lived in the same town all my life. Would I still get the same visceral assault on my senses walking past my old primary school, if I did that every day, as opposed to once or twice a year? Would I still get a shock of joy, bumping into an old school friend, if hers was a face I’d watched age, gradually, as mine has?

There’s something important about going back to where it all began. Going back reminds us of who we are, and where we came from. And spending time with extended family reminds us of what’s important in life. Thanks, Mum, for the excuse. Happy Birthday!

Upstaged on Zoom… by Freddie the parrot!

When you get to the grand old age of (ahem) 55, the lists of ‘first times’ is added to on a less and less frequent basis. But I had a wonderful first moment on Thursday night, while hosting the virtual SHIREs Awards, which celebrated the stars of our rural economy. Have you ever had a Zoom call with a parrot? Until then, me neither.

Picture the scene. I’d just congratulated Annie Body from Annie’s Bakery in Caithness on a fantastic achievement, winning the Covid Resilience Award against fierce competition. Although Annie had launched her business just weeks before the pandemic, she pivoted to start supplying food to local and vulnerable people across her local community. Her bakery is now flourishing, and she has plans for permanent expansion.

Annie had Tweeted that evening to say she was watching the ceremony from home with Freddie, her parrot. She’d sent us a photo of the pair of them. It was too much for me to resist – could we get Freddie live on the Zoom call in front of a national audience?

It’s fair to say that Freddie stole the show and has helped Annie put her bakery even more firmly on the map. Thanks to Kresanna Aiger from Findhorn Bay Arts Festival, joint-winners of the Rural Creative Award, for capturing this screen-shot.

Celebratory cake all round, and extra bird seed for Freddie.

Thanks for reading.
You can also find this column weekly across six of the titles owned by Highland News and Media.
Comments, thoughts, feedback and ideas all welcome :)