When you’re in the thick of them the school years seem to last forever, and not just when you are a kid, but when you are a parent too. It was Mr Marr’s job throughout our girls’ 17 years at nursery and school to get them up, ready and out of the door, usually in time for the school bell. I worked early mornings so my role was to ferry them to and from various after-school activities, and make sure their homework was done. 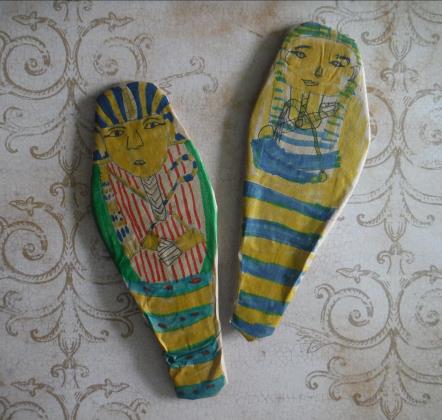 We worked as a team, Mr Marr and I, but even so, in the midst of it all, it seemed endless. Would we forever be chasing the clock, trying to ensure that our girls were in the right place at the right time with the right kit. The week was managed with military precision, with just enough time to get home from athletics for a quick tea and change before Brownies started. And just when we’d think we were on top of the routine we’d be thrown a curveball. One of them would be ‘promoted’ at swimming lessons to a time which clashed with the other’s dance class. Or we’d find out as we kissed them goodnight that tomorrow they needed to bring a papier mâché model of an Egyptian sarcophagus to school.

It’s a year since the younger one left secondary, and how quickly that life is forgotten. If not for the Facebook posts of friends with kids still at school, or the ‘2017 Leavers’ hoodies I have started seeing around town, I wouldn’t have been aware that it was the end of term at all.

As a parent I used to long for the school holidays – an end to the constant ferrying around, and a break from the after-school timetable. The holidays usually meant a camping trip to France. Those days were spent poking around markets buying 2€ necklaces (which would invariably break on the ferry home), playing on the waterslides in the pool, or digging holes on the beach. And once we were home, the holidays meant juggling childcare between us so there was time to hang around in the park, take occasional sunny day trips to Loch Morlich, and spend rainy mornings baking. Rainy afternoons were spent eating fairy cakes in front of Disney movies; I was usually asleep before the princess opened her perfect rosebud mouth to sing.

It sounds idyllic, doesn’t it? Especially when edited through the rose-coloured spectacles of wishful-thinking. The reality was probably far more frantic and less fulfilling for all of us. There will have been fights and arguments, boring hours spent shopping for new school uniform and shoes, and those Disney princesses began to do my head in after the 17th consecutive rainy afternoon of the holidays. I won’t have taken too kindly to the kitchen always being a mess thanks to the efforts of junior bakers either.

I think we did ok by our girls, but their experience of school holidays was very different from mine. Because what our kids missed out on was freedom. A 70s childhood might not have offered the same variety of activities as a Millennial’s did, but what we missed out on  – videos, computer games, cinema trips, foreign holidays and kids’ clubs – we made up for in freedom. 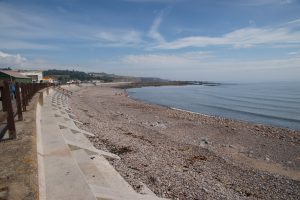 Stonehaven beach. It even looks chilly when the sun is shining…

As if planned by our mothers (looking back I suspect it was) the kids in our street were turfed out of our houses every morning after breakfast, and expected to be ‘out to play’ till hunger drove us home. In gangs of six, ten or more we would fill the saddle bags on our bikes with whatever we could sneak from our kitchens – jam sandwiches, usually – and go off for picnics into the countryside, into the woods or down to the beach. We would build dens and find rope swings, we would swim in the sea (this was Stonehaven, we were hardy) and come home shivering, starving and covered in mud and sand. 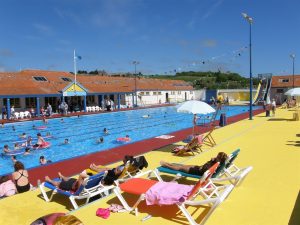 The open air swimming pool in Stonehaven – our second home all summer.

Free from sun-screen our bodies would become nut-brown as the weeks went on – didn’t the sun always shine in the 70s? Days would be spent at the open air swimming pool (every kid in town had a season ticket) and when it rained there would be mammoth board games sessions – Monopoly, The London Cabbie Game and Floundering – when we weren’t too busy writing and rehearsing terrible plays. We camped out overnight in each other’s gardens, we practised tricks so we would be performance- ready to run away with the circus when it came to town, and we ‘helped’ the builders on the site next door by collecting all the nails they left lying around at the end of the day and selling them back to them the next morning for sweetie money.

Asking my adult children about their memories of school holidays, they don’t feel they missed out. Which is a relief. Because holiday time or term time, and whether they are babies, toddlers or teenagers, all we – as parents – can do is our best. And keep everything crossed that the weather might pick up, or at least stay dry enough to go berry picking. 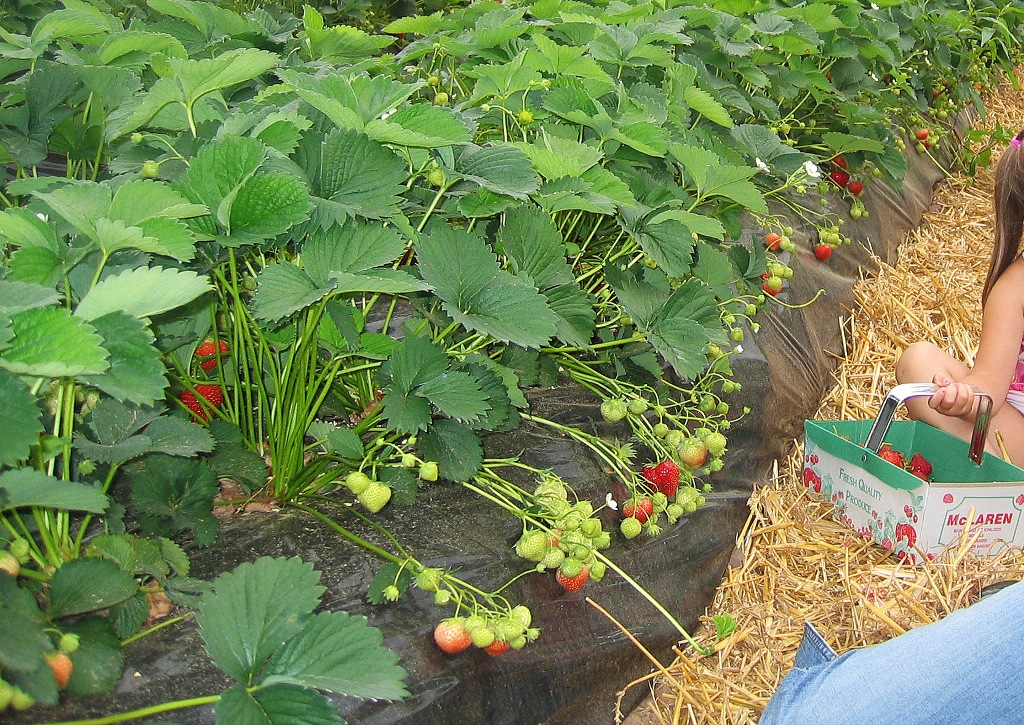