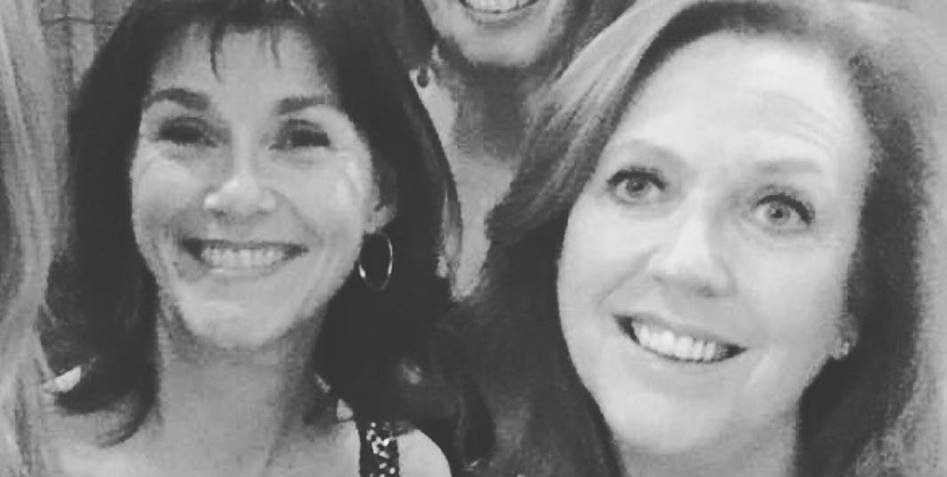 A grainy b&w close up with Jenny Campbell. It’s more flattering that way – trust me. It had been a long day ;)

I found myself with an excellent dinner companion last Thursday evening. Seated to my right was the new star of Dragons’ Den, the funny and feisty Jenny Campbell. After leaving school at 16 she worked her way up in the banking sector, before turning entrepreneur. She sold her business in 2016 for a reported £50million, hence the pile of cash balanced next to her in the Dragons’ Den.

Jenny was the speaker at the awards dinner I was hosting and was as down to earth on stage and in person as she is in ‘the Den’. In fact she’s much, much funnier, and not at all intimidating. It was like talking to an old friend. It was a pity I was working; I had to keep interrupting our conversation to keep the evening flowing.

The occasion was the third annual Investing Women Ambition and Growth conference for female led businesses who are based in Scotland. We had bookended the day with TV stars, having started in tremendous style with a passionate speech from Professor Heather McGregor, aka Mrs Moneypenny from Channel 4’s SuperScrimpers. As well as being a TV star and financial journalist, Heather has worked in the financial markets of Tokyo, Hong Kong, Singapore and London, and now is Executive Dean of Edinburgh Business School. Oh, and she’s also a qualified pilot. 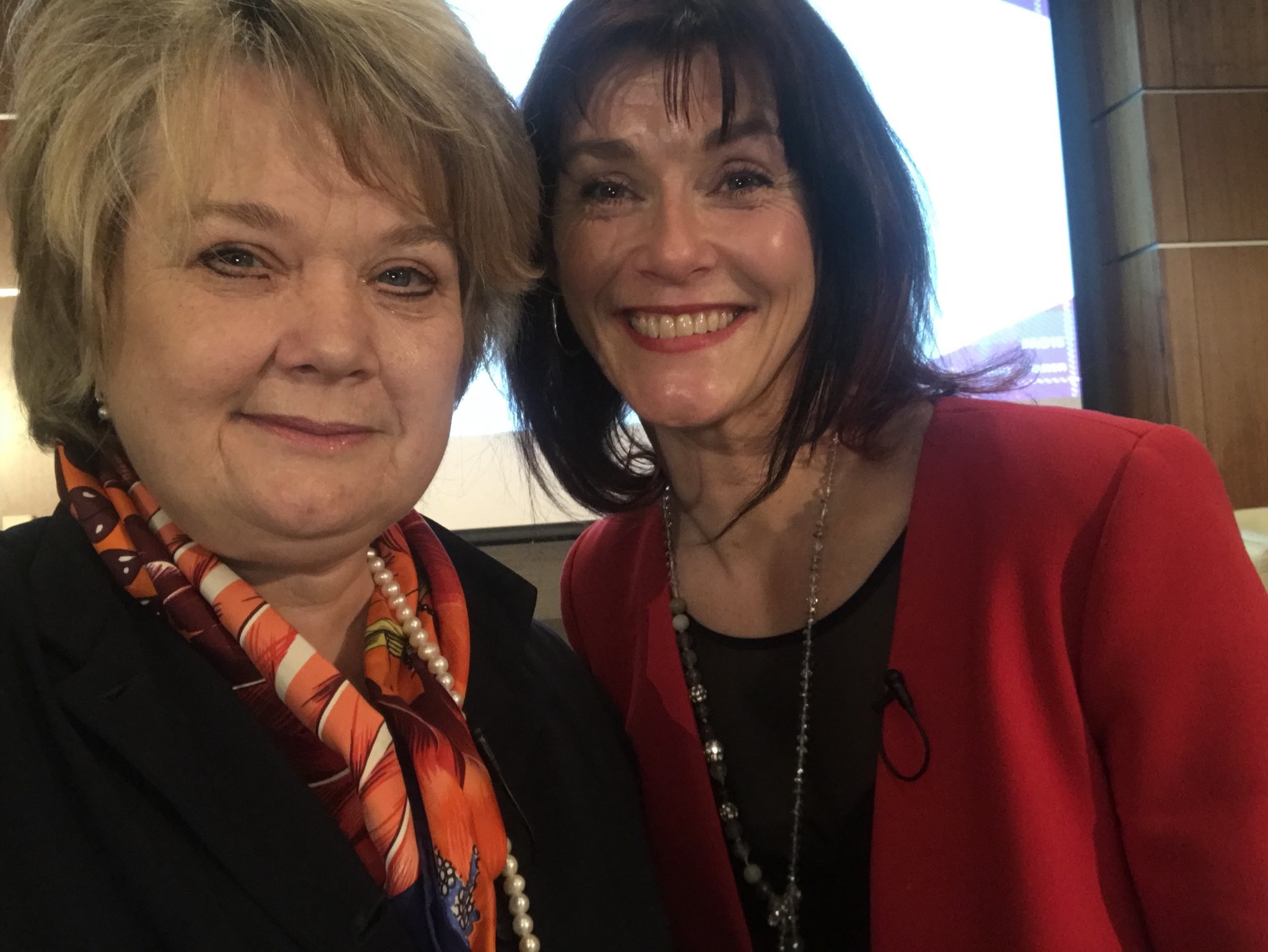 The inspirational Professor Heather McGregor. She insisted on a selfie, you know…

Heather knows how to hold an audience – two residencies at the Edinburgh Fringe helped her hone her presentation skills – so we were kept on the edge of her seats. She spoke about the impact of female led businesses on economies worldwide, and about the importance of setting ourselves new challenges, both in business and in our personal lives, to help us achieve new horizons.

But one of her messages resonated with me more than the others. Talking of the advice she gives to students and those she mentors, she said, “There is no such sentence as ‘I can’t do it’ when you add the word ‘alone’.”

To help boost the coffers of the ‘Help Find Liam Colgan’ campaign, pubs and clubs across Inverness collected money last weekend by allowing their customers to buy ‘One for Liam’ and pop the money into donation buckets. It’s a month since the Inverness man went missing during his brother’s stag night in Hamburg and the search to find him is costly. It’s the sort of thing family and friends couldn’t have funded…alone.

You may have seen the story of the German factory worker who took time off work because his three-year-old son was diagnosed with leukaemia. As he was preparing to go back to work his wife died suddenly of heart failure. With no holiday or sick pay entitlement left, he would have been forced to leave his job. Except that his 650 colleagues from across the factory – many of whom had never met him – stepped up to donate over 3200 hours of overtime. This gave him almost a year at home looking after his son. There is no way he could have managed…alone.

And here’s another example. On Friday night my good friend Davey heard a commotion in the street outside his house. A seriously distressed teenager was in the middle of the road, attempting to step in front of cars and yelling the words ‘finish me’. Davey’s instinct was to help, and he rushed outside. Curtains were twitching, but no-one else left their homes. Davey managed to get the lad out of danger and onto the pavement. Eventually the boy opened up to him – he was 16 and his friend had committed suicide the week before. He could see no future for himself.

Davey stayed with him, talking to him, reassuring him, and hugging him, till the emergency services arrived to take him into their care. Without Davey this boy felt hopeless, and totally alone.

Whether it’s a newspaper campaign to tackle loneliness, a fundraising appeal to provide a much-needed facility or a high-powered business collaboration, it helps when we work – and live –  together. That’s one lesson from last week’s conference that I’m going to try and put into practice. 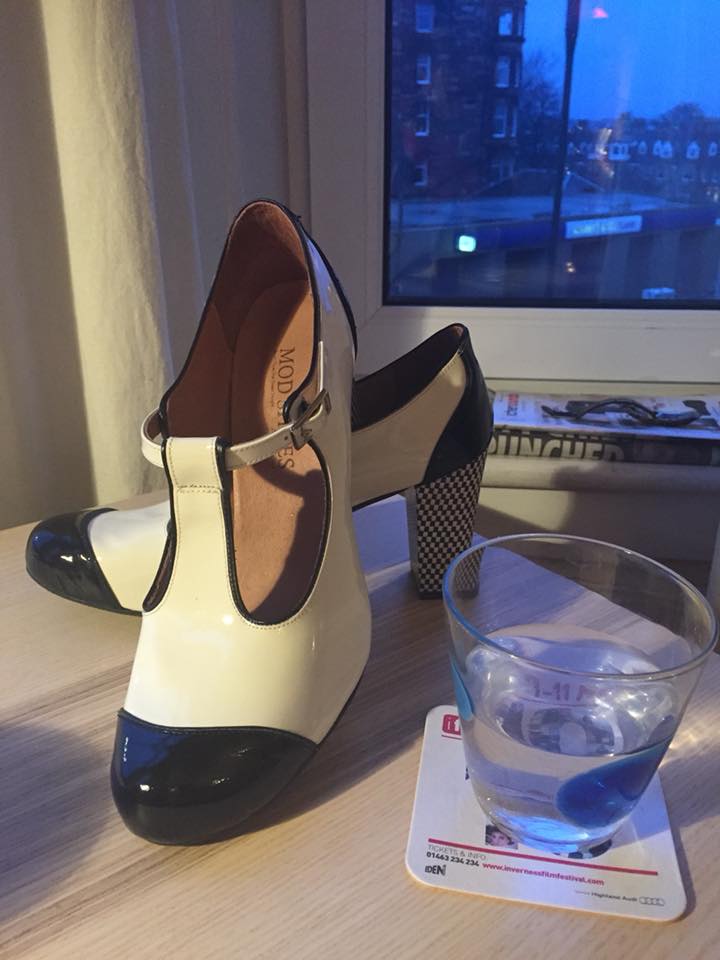 Who knew my friends were such a superstitious bunch? I bought a stunning pair of shoes last week and posted a photo of them on Facebook. The admiring comments immediately started to come through (isn’t that what Facebook is for?) and then the demands started.

‘Get them off the table!’, commented one. ‘SHOES OFF THE TABLE’ shouted another. ‘Are you TOTALLY RECKLESS, WOMAN?’ asked a third. And so it went on.

I’ve heard the old wives’ tale about it being unlucky to put new shoes on the table, but do I believe it? No. So do I follow it? No. No more than I would avoid putting an umbrella up in the house (how else would it dry out?) or would cross the street to avoid a black cat.

This was an eye-opener. Friends I had hitherto considered to be perfectly logical human beings revealed they follow a myriad of superstitions to help them get through the day. No cutting nails on a Sunday or crossing on the stairs, and always saluting single magpies.

Frankly my life is complicated enough. Now excuse me while I crush this eggshell. I don’t dare leave it whole – a witch might use it as a boat… 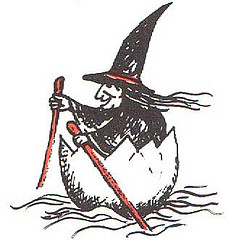