Sad, but true. I love my phone. 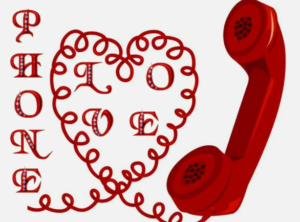 Radio Scotland phoned the other day to ask how much I love my mobile phone. Specifically, does my mobile phone impact my marriage? Because apparently, we are each spending a third of our waking hours each day on our phones, and research suggests that is negatively impacting our relationships.

“Negatively impacting?” I asked? And then I started laughing. If anything, if it wasn’t for our mobile phones, Mr Marr and I wouldn’t have a marriage.

It is five years this week since he accepted a job running The Edinburgh Playhouse, and we decided to try ‘split-city living’. He wasn’t certain the job would be for him (although it is) and I wasn’t certain I was ready to leave the Highlands (I’m not). So, we found him a wee flat, and, after 29 years of living together, started living together apart.

Not all plain sailing

To be fair, it’s had its ups and downs. For various reasons I’ve not spent as much time in Edinburgh as we’d both imagined I would. And I’ve learned that I’m rubbish at cooking when it’s just for one. ‘On toast’ is a common theme.

And at times I’ve been lonely, despite still having all my friends here. I resent having to make my own cup of tea every morning. I find it frustrating having to handle domestic things myself; our smoke alarms are too high for me to reach when batteries need replaced, I’ve just noticed the car has a flat tyre, and I’ve had to deal with the mice that moved in under the sink. But we’ve made it work – so far – and that’s largely thanks to our phones.

The day starts with Worlde – whoever solves it first will share and pile the pressure on. Then there’s a text exchange, and usually a chat while he’s on the bus to work; I’ll head out for a walk at the same time.

Remote doesn’t have to mean distant

There will be more messages and Facetimes throughout the day, plus chat with the girls too on our WhatsApp chat. We’ll comment on each other’s social media., and there’s usually a catch up in the evening too. Yes, our conversations are remote, but that doesn’t make them any less meaningful. Crucially, neither of us will be ‘on our phones’, scrolling social media or reading news sites while we are talking, so the focus is absolute.

And it’s not just my marriage that benefits from my phone. Friendships are stronger through daily contact. Friends who live on the other side of the world – and next door – are no further than a WhatsApp message away. And time can be spent chatting and giggling, long into the night, with people who can’t just be there. A shared meme, a photo memory, or a quick ‘thinking of you’ can take seconds to send but mean the world.

I’m probably a wee bit addicted, but that’s a story for another day. For now, though, I’ll remain glued to my phone, and be grateful for the connections it gives me. 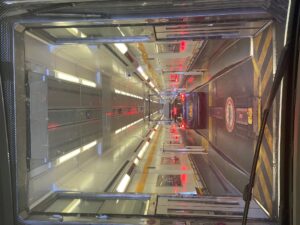 Le Tunnel. Don’t blame the French for the queues!

Having recently driven stress-free through the Channel Tunnel I’ve been following news of long delays at Dover and Folkestone with mixed emotions.

The first is sheer relief that we weren’t caught up in them. The second is sheer frustration that the queues are being blamed on the French. This is not the fault of the French, it’s the fault of Brexit.

When the UK left the EU, we (not the French) insisted on a hard border with Europe, and on external frontiers at our ports. Which means that passports must be checked and stamped. This takes time. if queues build up, as happens at the start of the English school holidays, we can’t just be waved through. That’s not what Brexit Britain insisted upon

It’s fine to be frustrated. But please, make sure we are blaming the right people. This is of the UK’s own making.

I rubbed shoulders twice with Lord Mackay of Clashfern, Scotland’s former senior law officer, who retired from the House of Lords last week. First was at my investiture as a solicitor when he talked of his love for Sutherland. Next, was when a case of mine was appealed to the House of Lords, and he was chair of the judges.

As a 25-year-old I was in awe of his razor-sharp mind, and of all the knowledge he had gained, just in one lifetime. Realising I’d never reach those heights helped me to leave the law. I thank him, and wish him a long, happy retirement.

This column is published by Highland News and Media in newspapers across the north of Scotland. If you can, please support print media and the future of independent  journalism by buying a paper, or subscribing online.

If you’d like to receive it by email every week, sign up free. Just pop your email address into the widget on my home page here. And feel free to share!