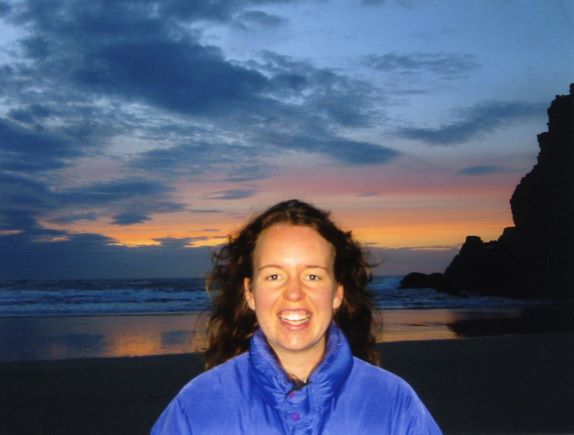 It’s not the right order of things to lose a child, and if the worst were to happen, I can’t imagine how I would react. I’d like to think that, in time, I might be able to create something positive out of tragedy, and it’s on my mind just now having just returned from a few days on the West coast of Lewis.

Daughter #1 and I were guests at Timsgarry Byre overlooking the impossibly beautiful Uig beach – it was the perfect place for us to unwind and spend time together before she starts working full-time in Glasgow. We walked along the beaches (one of us swam… no wetsuit required!) and we cycled to Gallan Head where we watched a sea-eagle being chased off by two furious gulls. 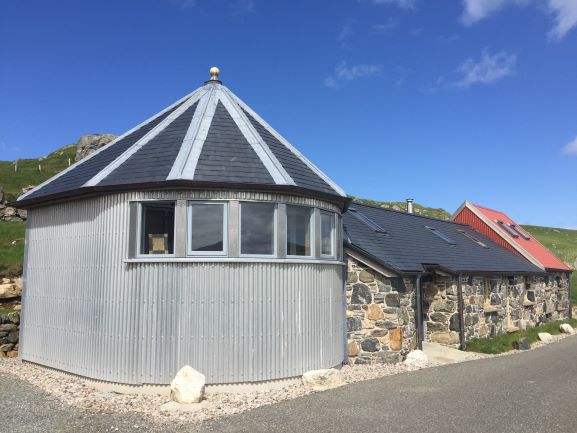 We ate fresh seafood in the newly opened Uig Sands restaurant and read books in the evenings by the peat-burning stove. We slept with the curtains open – the six panoramic windows allowing soft, midnight light to flood the bedroom. The only sounds were of the waves, the birds and the lambs in the field across the road. The TV stayed switched off and I resisted my usual urge to turn on the radio. There was no mobile phone signal but there was great Wi-Fi. We had everything we needed.

The electric bikes provided for our use flattened the hills and made a mockery of Hebridean headwinds, allowing us to explore the area at a perfect pace; we covered more ground than we would have on two feet, and we didn’t need our hire car again till it was time to return to the airport. We slept soundly. We ate well. And we were privileged to spend an afternoon with the owners of Timsgarry Byre, John and Lorna Norgrove. 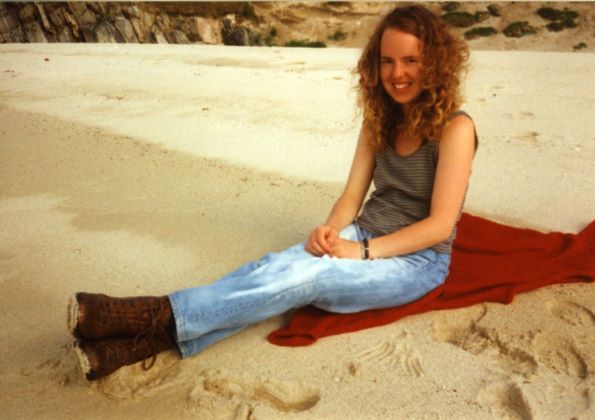 If you are thinking the Norgrove name is familiar and the connection with Lewis is beginning to ring bells, you might remember the news coverage about the Norgroves’ daughter Linda. Linda, who grew up in Uig, was working for an international development agency in Afghanistan in 2010 when she was captured by the Taliban. She was killed during a botched rescue attempt by US special forces. Evidence later emerged that her captors had never intended to harm her, and that a grenade thrown by a Navy Seal after all her captors had been killed was what ended her life. She was 36 years old.

The Norgroves could have been overwhelmed by bitterness and anger and the desire for compensation and retribution, but none of that would have brought their daughter back. Instead they have sought to carry on Linda’s good work in the country she loved. Eight years ago they established The Linda Norgrove Foundation. So far, around £1.5million has been paid out in grants to support women and children in Afghanistan.

In addition to supporting children’s homes, bee-keeping enterprises and paying for life-changing surgery for children, the Foundation is looking to equip the country’s young women to help bring Afghanistan to financial stability and growth; it is reeling from decades of unrest and corruption. The Foundation currently sponsors 40 young women through university degrees in business studies, law and economics. But equally crucially, they sponsor 33 young women to train as doctors. Afghan society is still incredibly patriarchal, and because many men won’t allow the women in their families to be seen by a male doctor, women and girls are suffering – and dying – needlessly. A future hope is to soon start educating nurses and midwives; both professions are poorly thought of in the country.

The Norgroves devote their time and efforts to fundraising. John sifts through applications for support, which are then put before a volunteer board. Agents in Afghanistan – some of them friends of Linda’s – then interview candidates for suitability, and grants are made with fees paid directly to the universities. The Norgroves keep in touch with those who they have sponsored and they’ve been back to Afghanistan three times since Linda’s death. It helps, Lorna says, to have a focus; “You move forward with grief, it doesn’t go away.”

The Foundation’s overheads are commendably low – there are no paid staff and the only costs are office and website overheads, and that’s where Timsgarry Byre comes in. Beautifully restored by the couple over the last four or five years, the income from its rental is donated to the Linda Norgrove Foundation, so donors to the foundation can be reassured that every penny they donate goes to support those who will help to rebuild the country.

Afghanistan seems a world away from the peace and tranquillity of Uig on Lewis, but the two will forever be linked. Afghan lives are being changed, one at a time. Your next holiday could help with that. 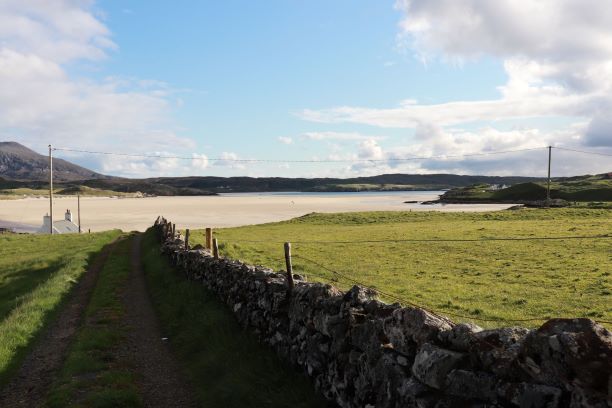 Uig Beach – just opposite Timsgarry Byre. Tempted? You should be!