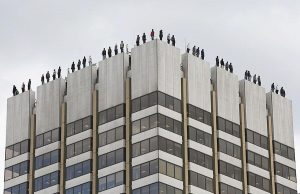 If you’ve seen any coverage of the art work on top of the ITV building in London, you can’t fail to have been moved. Project 84 is a disturbing representation of an even more disturbing statistic; 84 life-size human figures standing perilously close to the edge of the building’s rooftop represent the 84 men in the UK who take their lives each week. Each statue represents a real person who lost their life. The website tells their stories and reminds us that suicide is one of the biggest causes of death among men in Britain.

I’ve written about mental health before; about my own (relatively insignificant) struggles, about the lack of provision for teenagers needing help, and, more recently, about Inverness actress Karen Gillan and her new movie which shines a light on the numbers of young Highland men losing their lives to suicide.

Conversations with friends often come round to worries about our own kids, and wondering whether it’s something that’s more prevalent now than it was when we were at school. Does social media play a part? Is our ‘instant’ society somehow to blame? Or has it always been like this, but we swept it under the carpet? Our conversations go around in circles. But it seems we have never got it right when it comes to mental health. 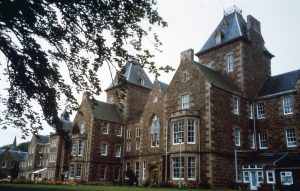 The Victorians poured money into building grand institutions and seemed to lock people up at the drop of a hat. The records from Craig Dunain Psychiatric Hospital in Inverness, which opened in 1864 as the Northern Counties Lunatic Asylum, can be found in the Highland Archive Centre. They make for fascinating reading. The reasons for patients being declared insane include heartbreak, disappointment in marriage and losing a Highland Games competition. There wasn’t much understanding of how to treat or cure the so-called insanity, but patients were well fed, kept safe and warm, and given purpose, with jobs on the asylum farm or in the laundry. The building was extended over time and by the 1960s ‘The Craig’, as it was known, housed almost 1,100 patients.

But that was then, and this is now. Society has changed, and so has our attitude to mental health. Instead of locking people up in institutions we try to treat them at home, and to support them to remain worthwhile members of their communities. But has this balance tipped too far? I suspect so. On Monday, New Craigs Psychiatric Hospital, which sits just down the hill from its Victorian predecessor, announced it would be cutting its bed provision from a mere 48 beds to just 42.

The reason given for the bed closures is a staffing shortage. According to Michael Perera, NHS Highland’s general manager for health services, the hospital has 33 vacancies, with 25 of those being for registered mental health nurses.

Steps have been taken to encourage local mental health nursing students to stay in the area, and recently retired nurses are being asked to consider returning to work part time. But that will only be a sticking-plaster on a deep-rooted problem.

NHS Highland isn’t the only health board in the north to be struggling to recruit; this week also saw the release of a video to encourage more skilled professionals, in healthcare, teaching and more, to relocate to Moray. The shortage of GPS across the north has long been a worry, and the stresses existing GPs are under, in trying to manage their practices while under-staffed and under-resourced, is causing them to seek retirement earlier. Of course, this only exacerbates the problem.

So where have we gone wrong? Are not enough new medical staff being trained? Is it something in particular about mental health care that turns professionals off? Are experienced staff leaving the profession due to stress and poor working conditions? Is there a reluctance from health professionals from European countries to take up vacancies here because of uncertainties over Brexit? And how could the NHS of the 1960s afford to look after 1100 mental-health inpatients in Inverness, when today we can’t even look after 50? 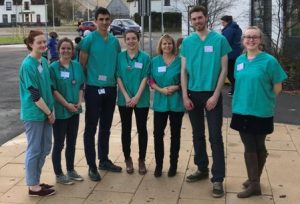 I don’t have the answers, I’m afraid, and neither – unfortunately – do the NHS. A programme has been launched to introduce medical students from Dundee University to the Highlands and that may encourage a few to return to work here, but it’s just the tip of the iceberg. Unless drastic measures are taken to attract more health professionals to the north of Scotland, the situation is only going to deteriorate.

This column first appeared in Seven Days, published by SPP and issued with The Inverness Courier, The Northern Scot and four other titles across the north of Scotland, week ended 13th April 2018.