My life has become marginally less stressful since I started entrusting my fate on public transport to ‘The Gods of Travel’. They don’t exist of course, but that doesn’t stop me from handing over responsibility to them for on-time departure and arrival times. Will my train get there on schedule and will there be a spare seat at a table? It’s in the hands of The Gods of Travel. Will the plane land when it is supposed to and, crucially, will my luggage arrive with me? That’s down to the Gods of Travel too.

It’s nonsense, but it does – believe me – remove some of my stress and worry. Once we decide to travel by public transport there is nothing we can do to influence what will happen. Moaning to our travelling companions about poor service only serves to make us, and everyone else within earshot, more miserable. Moaning on Twitter sometimes (although rarely) elicits an apology.

Instead, try not to worry about what time you were supposed to arrive, and start enjoying the journey. That’s tricky, I know, if you have an appointment or a connecting flight, but remember, The Gods of Travel have decided you’ll be late. Deal with it. 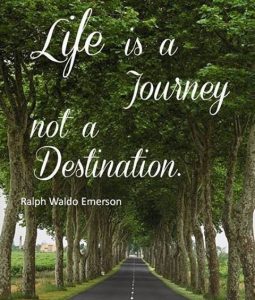 Facebook is liberally sprinkled with life-affirming posts which urge us to appreciate that ‘Life is a journey, not a destination’. And as with all these trite little slogans, there is a grain of truth beneath the cuteness.

If, instead of ranting that the refreshment trolley has run out of hot water again, we metaphorically give in to The Gods of Travel and instead look out the window, we might get lost in the beauty of the Cairngorms, still with tiny caps of snow in their gullies, despite the recent warm weather. Granted, sometimes there is just rain and cloud out the window, in which case, open that book you brought with you and enjoy it. Or get some work done. You’ll get to your destination when The Gods decide it’s time. You might as well enjoy it while you can.

At the risk of becoming overly philosophical (or trite) the past two weekends have shown me, more than most weekends do, that life really is about the journey, not the destination. The last weekend in June, when the sun was hot enough to melt the tar on the roads, four friends and I set off from Inverness on a ‘Not the Etape’ cycle trip to Fort Augustus.

We shunned the traffic on the A82 and instead caught up on all the gossip as we wound around lochs and fields on the single-track roads on the south side of Loch Ness. We stopped to watch the cows paddle near the war memorial at Stratherrick, stopped to refuel with cake and coffee at the very excellent Cameron’s Tearoom, and stopped to catch our breath and chat to everyone else who had stopped to enjoy the view at the top of the Suidhe  – otherwise known as Glen Doe.

There was no hurry – we’d booked dinner at The Lovat in Fort Augustus and our tea and scones would be served whenever we arrived. The journey, and our return trip along a similarly hot and hilly route the next day, was the whole point of the weekend, although the destination itself was – as usual – fabulous.

And last weekend we took things at an even slower pace. With maximum speed limits of 6mph, we pootled around the Norfolk Broads at scarcely faster than walking pace. Our days were filled not with plans for what we could do when we moored each evening, but with the adventure of getting there. We spotted herons, watched fisherman catching nothing, and were regularly over-taken by old-fashioned yachts under sail power. We took turns at the helm, threw down the mud anchor as we ate bread and cheese for lunch, and our only decision was which pub to moor outside for the evening. 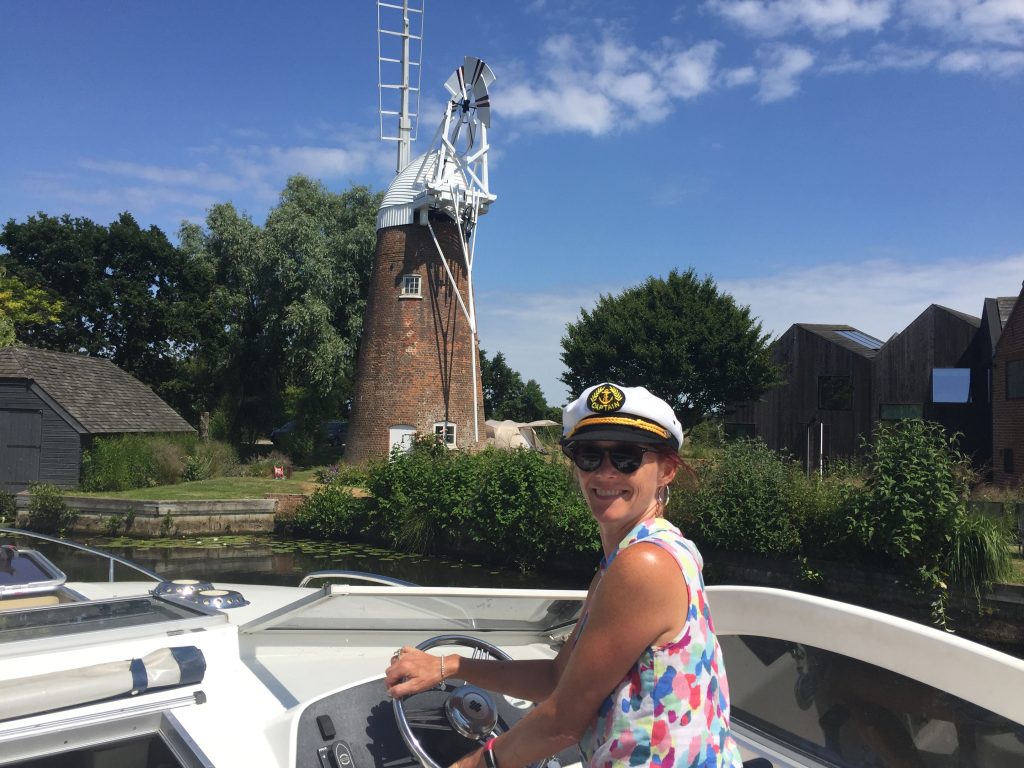 We’re all too busy getting places and ticking things off before moving on to the next thing. I am regularly unable to sleep because tomorrow’s ‘to do list’ threatens to take longer to tick off than the 24 hours that tomorrow will give.

These past two weekends have been a timely lesson in slowing down and enjoying the journey. Thank you, ‘Gods of Travel’. But please, can next weekend’s train to Edinburgh run on time? I’ve got a lot to squeeze in…

This post first appeared in Seven Days, published by SPP and issued with The Inverness Courier, The Northern Scot and four other titles across the north of Scotland, week ended 13th July 2018.