Maybe it’s because I have worked in the media for so long but I wasn’t as surprised as everyone else last week to hear that Chris Evans was the highest paid presenter at the BBC, and that he earns over £2million a year. Is this really news? It might be the first time we’ve had such a comprehensive list of the top salaries paid to BBC top talent, but when compared to the listed salaries (according to website www.wageindicator.co.uk) of top footballers, it’s small beer. Messi is bringing home over £60million a year, Ronaldo over £70million and Gareth Bale over £25million. Can those figures ever be justified? Just for kicking a ball around?

The story shouldn’t be that the professionals who are at the top of their games (football or otherwise) are earning the most – that’s what we’d expect in any industry. The story which is grabbing the headlines is the difference in salary between the sexes. Looking at the BBC list there is only one woman in the top 20, Claudia Winkleman. At £450 000 a year she is paid less than a fifth of what Evans takes home.

This gender pay gap didn’t arise overnight, it is the result of women having being undervalued for decades for the work they do. The BBC is merely a good illustrator of what happens the country over. Buoyed by salary figures now being public, a group of 40 female BBC presenters, Kirsty Wark, Jane Garvey, Clare Balding and Fiona Bruce among them, wrote an ‘open letter’ to BBC Director General Tony Hall (himself paid over £400 000) asking him to ‘correct’ the disparity that has been an open secret ‘for years’. He has undertaken to do so, and I look forward to watching him sort it out.

But just how should the BBC fix this mess? By upping the wages of its female presenters to the £2million Evans gets? Of course not. That would be ridiculous and unnecessary. By cutting the pay of the Vines and Nortons and Linekers? That wouldn’t go down well. They could threaten to leave, but which commercial broadcaster could afford them? Certainly not MFR, in my experience.

Gender disparity in wages is a real problem across all industries, and if publishing BBC salaries achieves anything, I hope it will help to accelerate equal pay across the UK over the next decade. About time too. It’s almost 50 years since the women of Dagenham fought for equal pay. If every woman who has followed the BBC story goes into work and asks ‘do I have pay parity with the men?’ perhaps a shift will come sooner. 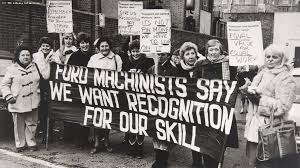 The Machinists of Dagenham at strike in 1968

But there is another story here, and one that is in danger of being ignored as we focus on celebrities. And that is the massive inequality between the wages of those at the top of the BBC and those at the bottom.

Bectu, the trade union which represents workers in the media and entertainment, claims that some BBC employees are earning as little as £16 000 a year. So while it’s important to equate Radio 4 Today presenters Mishal Husain (£200 000+) and John Humphrys (£600 000+) there needs to be a focus on the ‘little people’ too.

There is no doubt that the Radio 2 Breakfast Show could carry on without Chris Evans – it does so, every time he goes on holiday. But could it function without the BBC’s security guards, cleaners or caterers? Or the researchers, production assistants, IT team and engineers who support Evans to create the show? Each has their value.

I’m not a natural follower of Labour, but on this I think Jeremy Corbyn has hit the nail on the head. The Labour Party has vowed to bring in legislation to ensure that in terms of pay in the public sector, including the BBC, high earners could receive no more than 20 times the lowest paid worker. Is any boss worth over 20 times what their staff do? If you think so, I’d love to see some examples.

Let there be light! 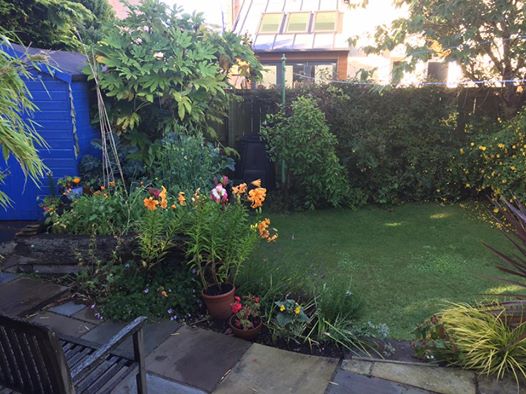 Garden at 7am the day the tree was felled

We have light! With new next door neighbours, a permission form from Highland Council and two men with a chainsaw, the blessing of light has – for the first time since we moved into our house 20 years ago – been bestowed upon our garden.

Of course the tree on the boundary between the two gardens was there (a mere 30 feet of it) when we bought the house, but we didn’t realise, in the one hasty viewing of the property before making an offer, how much of an impact it would have. Last Friday it was felled, and 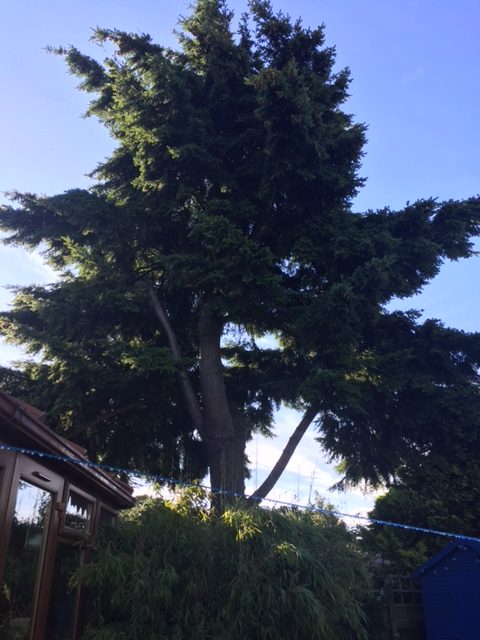 while I’m sad to see any healthy tree chopped down, a domestic back garden in the centre of a town is no place for a 50 foot high misshapen Douglas Fir.

A neighbour across the street said she felt as though her ‘kitchen light had been switched on.’ Others came round with wine to celebrate. Already our garden feels twice the size, and I am excitedly planning to plant up the area beneath the tree where previously nothing would grow. There is fuel for the fire for the next few winters (those logs were heavy!) so it’s a total win-win.

Except for one thing. The amount of light flooding in is illuminating dust I couldn’t previously see. I may have to clean more often. 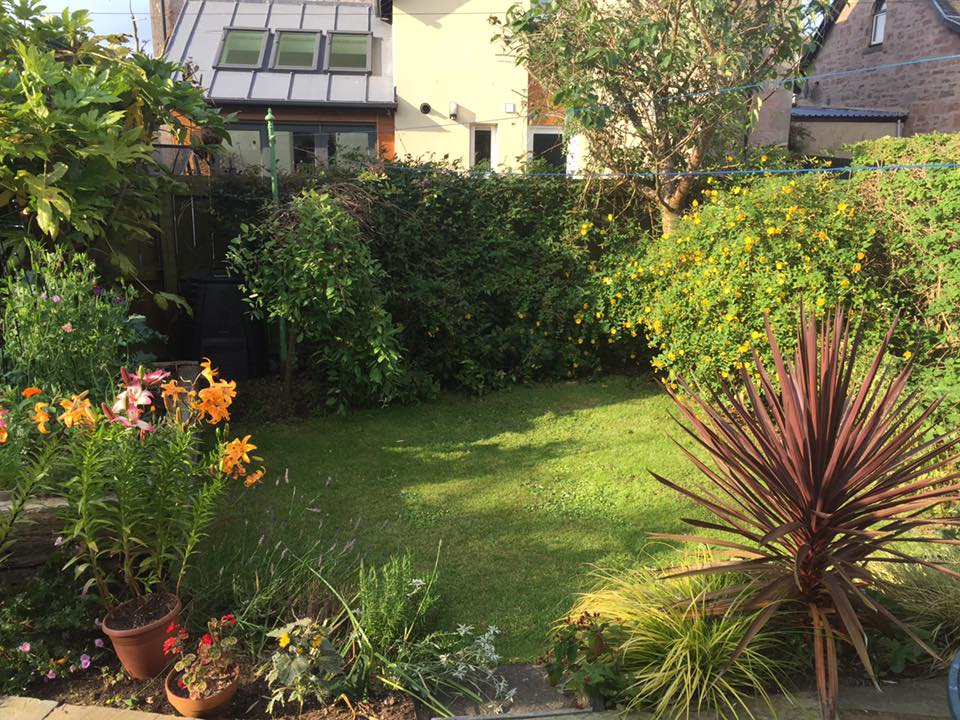 Garden at 7am the day after the tree was felled