Hands up if you don’t sniff the milk before making a cup of tea? I thought so – that’s barely a hand up across the whole of the north of Scotland. Like locking the bathroom door, plugging your phone in to charge before bed, or licking the bowl after baking a cake, it’s just something we do automatically.

Because there’s nothing more irritating than having blind faith in a ‘use by’ date, then seeing those tiny specs of milk solids float to the surface of your first cuppa of the day. What a waste of a teabag. What a waste of standing by the kettle for five minutes, shivering in your nightie, having to start again. Assuming there’s another bottle of milk in the fridge, of course.

So, it makes sense that Morrison’s supermarkets, purveyors of fine ‘wonky veg’ and irritating ‘disintegrate-on-contact paper bags’, are to scrap the ‘use by’ dates on their own-brand milk, in favour of the sniff test. Hooray!

According to recycling charity Wrap, milk is the third most wasted food-stuff in the UK, after bread and potatoes. Apparently, a lot of that waste is unnecessary, with milk that’s beyond it’s ‘used by’ date still being absolutely fine to drink. The charity estimates that 85 million usable pints go down our sinks every year. Anything that cuts that waste gets my support.

But we shoppers won’t be left entirely to our own devices. We won’t be faced with a sea of dateless bottles and forced either to carry out sniff tests in-store, or play the lactose equivalent of Russian Roulette by choosing a carton that’s been ‘maturing’ since last February. To comply with food safety standards, milk will still carry ‘best before’ dates.

The news created quite a stir when it was announced, but in reality nothing much has changed, other than slightly increased chances of white floaters in our tea. What this story does, though, is highlight – again – the hideous food waste we create as a nation. Bread? Potatoes? Is there an excuse?

We waste nothing… almost… 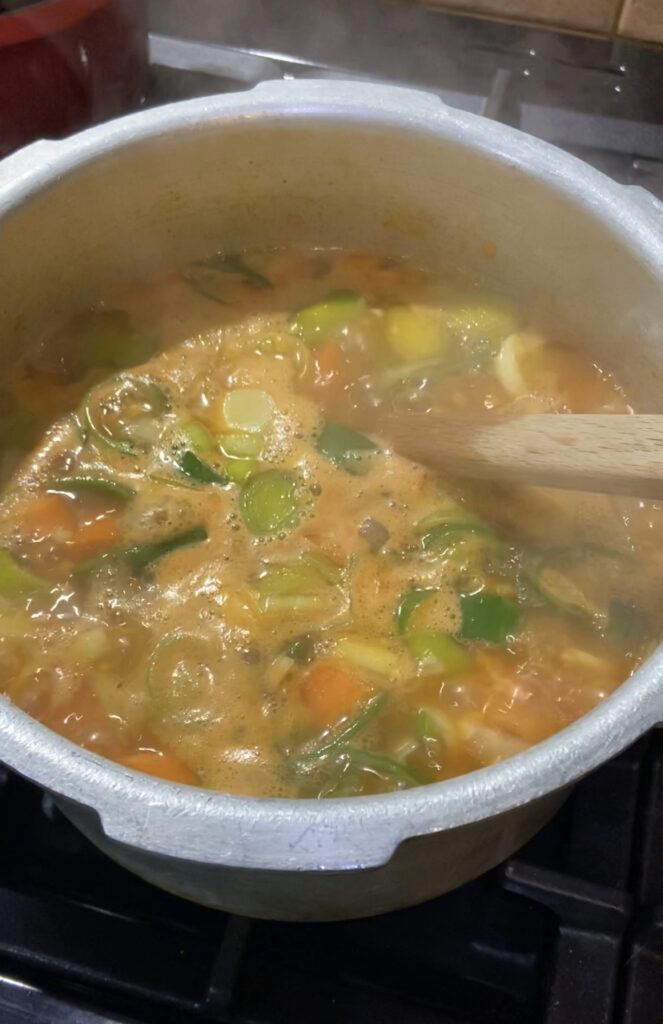 Odds and ends of veg and stalks went into this lentil soup – delish!

In truth we waste very little in our house. That’s not just because I’m tight (hit me with your best Aberdonian jokes – I’ve heard them all) it’s because I love cooking, respect quality ingredients, and get a perverse buzz from making meals entirely from leftovers.

Leftover bread is either sliced into bread and butter pudding (useful for using up excess milk and eggs too) or blitzed with garlic, herbs, butter, and seeds and frozen to sprinkle over veggie bakes later. Leftover veg is cooked in stock, and liquidized to make random soups, and leftover cheese (a rare thing indeed) is baked into cheese scones to eat with that soup. There’s not much that can’t be frozen or salvaged; I’m not beyond burying sprouted tatties in the garden in the hope they’ll reproduce.

My only real downfall is salad; those hopeful, hopeless cellophane-wrapped bags of leaves. Turn my back for two minutes, and they become inedible slime. It’s an expensive way to make compost.

We’ve all spent time playing the waiting game; will we have to isolate as close contacts of someone waiting for a PCR test result? We’ve been clear so far. Has our fully-vaccinated status helped us dodge the virus? The pattern we’ve seen amongst friends would suggest that’s probably the case.

I’m doing my best to follow the rules. I test before I meet anyone else and wear a mask in public places. But still our NHS is struggling, schools are closing, and businesses are unnecessarily impacted.

Ikea have announced they are cutting sick pay for unvaccinated staff forced to isolate because of exposure to Covid. As a died-in-the-wool libertarian, I’m surprised to find I support this. I know there will be exceptions, but as with all aspects of our physical and mental health, we each have to do what we can to help ourselves. Step 1 is personal responsibility. Step 2 is responsibility towards others. Get vaccinated.

What’s the story of the Pink House? 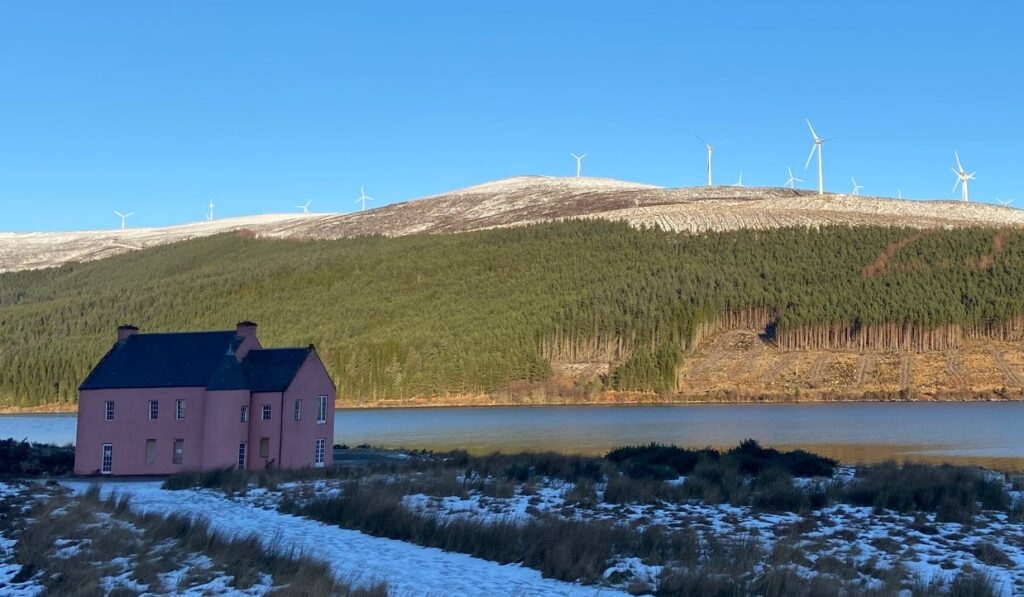 Continuing with my New Year intention that ‘now is as good a time as any,’ last weekend, we followed the wee windy road from Evanton into Glen Glass, on a quest to find the most insta-worthy house in Ross-shire. What a fabulous day.

With a flask, an OS map, and layers of warm clothes, we followed the path to the pink house on the shores of Loch Glass.

Sadly, the house is derelict, but what’s its history? Someone must know. In this, Scotland’s Year of Stories, it would make a vibrant background to a thousand good tales.

Thanks so much for reading and subscribing.

If you’d like to share this with a friend, just ask them to add their email to the wee widget on the left hand side of my home page, or get them to email me nicky@nickymarr.co.uk and I’ll do the rest.
Thanks!