Cases are up – scrap the masks and tests!

We’re just back from a week south of the border, and it was an eye-opener. Because apart from in supermarkets, where compliance was at about 25%, mask-wearing was non-existent.

Aside from a dog-eared QR code stuck to a café table, or the occasional grubby-looking sanitisation station outside a pub, you could be forgiven for imagining the pandemic had never happened. Caving to pressure to fit in, we left our masks in our pockets too. Social conformity overrode caution. 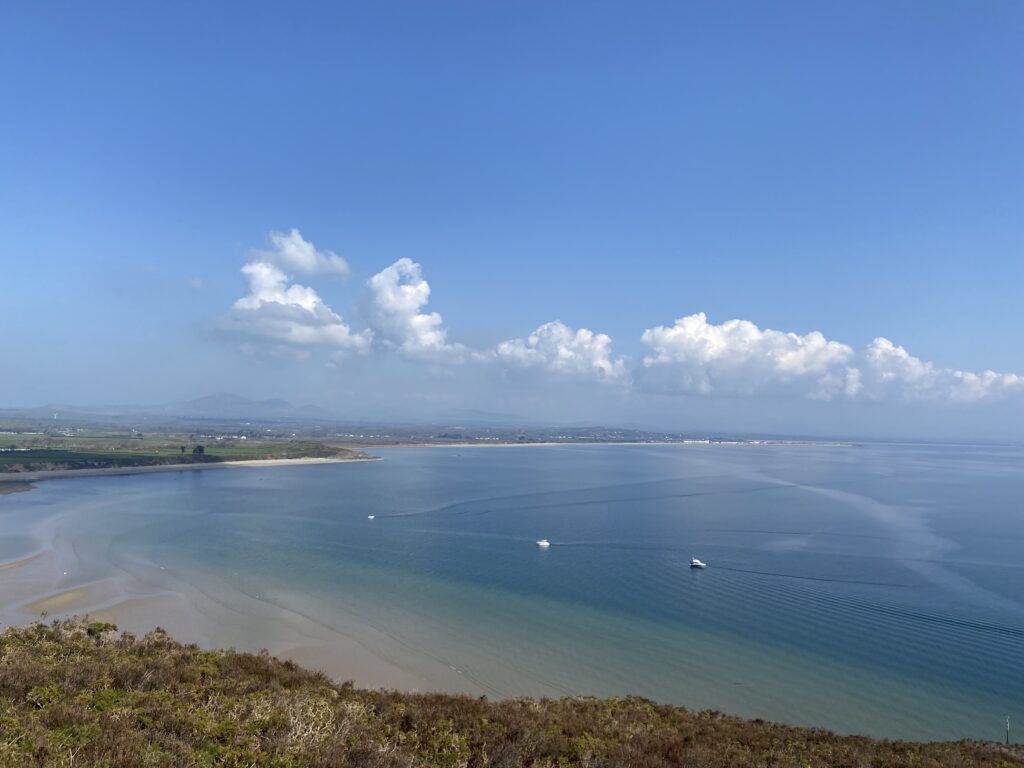 The beaches of the Llyn peninsula are beautiful.

Were we foolhardy? We probably were. But did we get away with it? According to today’s negative lateral flow test results, yes, we did. And with 1 in 12 of the population in Scotland having the virus last week, and similar numbers wherever we visited, it seems we got lucky.

There’s an inevitability that we’ll all catch it, it’s just a case of when. But that doesn’t mean we should be complacent, although clearly, on holiday, we were. Hospital rates are up to record levels, death rates have risen again too.

LFTs are 2020’s pasta and paracetamol

Yet the panic is gone. As a nation we seem to be ‘over it’. In Scotland, mask wearing is being down-graded from a legal requirement to mere guidance, and home-tests will no longer be free from April 19th. Have you stocked up? Just in case?

Believe me, no-one knows which way this is going to pan out. The closest I have to a medical qualification is having watched all of Grey’s Anatomy. But as an interested, fully vaccinated, and generally careful individual (that’s me you see still pointedly sanitising my trolley at the supermarket) I can’t see how, or when, this might end. Each time we lock-down to contain the virus, mask-up to prevent its spread, sanitise to rid ourselves of its spores, or vaccinate against its effects, it mutates, thwarting us again.

Last month, three members of our family, all vulnerable, all carefully shielding for the last two years, became infected. The tragedy is that they were only together because another family member had just passed away. All three have recovered, but each was uncomfortably unwell.

The lasting impact of the virus is unknown

The lasting impact of this virus will be greater even than the many thousands who have died with it, and the thousands more with long-covid. NHS Scotland staff rates are still at crisis levels, due in part to sickness rates, to Brexit, and to decades of chronic underfunding.

But the further crisis is the patients who have stagnated on NHS waiting lists, or who not yet been diagnosed. Many have failed to attend their GPs for fear of being a burden, and are now presenting with acute cases, sometimes no longer curable. And a recent report disclosed that 240 Scots have died so far in 2022 due to A&E delays. The impact on mental health services, already stretched beyond capacity before the pandemic, has been horrendous.

History will decide whether our governments north and south of the border dealt with this pandemic well. I just can’t see that it’s over yet, despite masks and free home tests being scrapped.

Chasing childhood memories in a camp corner of Wales 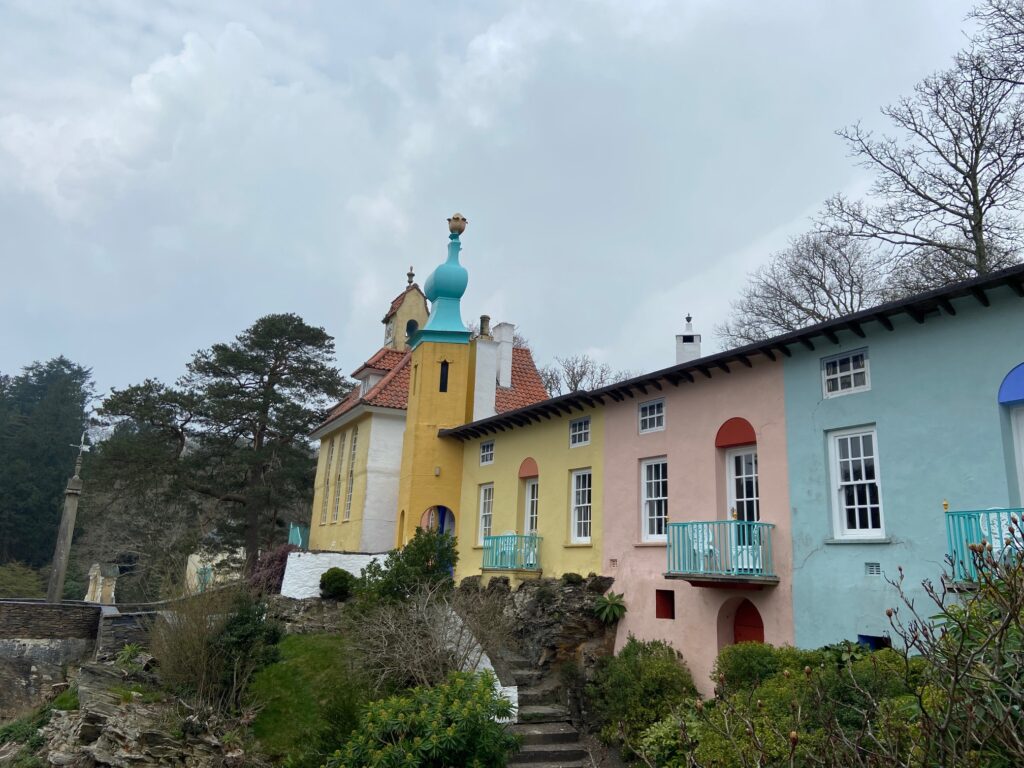 Portmeirion . Colourful, camp, and beautiful – but check out that dome. It’s not all as it seems…

We spent a few days last week in a deliciously warm North Wales. On walks along sandy beaches I chased the memory of childhood holidays. And on our final day, we traipsed, bemused, around Portmeirion.

In case you’re thinking of the pottery that shares its name, let me explain. Portmeirion is a kitsch Italianesque village, built into a Welsh hillside between 1925 and 1975, to the design of architect Clough Williams-Ellis. It’s now a charity-run tourist destination. From its higgledy staircases and grand public buildings, fountains and domes, it’s a vanity project worthy of the string of glamorous visitors it attracted, from Noel Coward to Ingrid Bergman. It also ‘starred’ as the set of cult 60s TV series The Prisoner.

It’s well worth a visit, just don’t look too closely at the statues… you might find that although gilt, some are merely 2D. 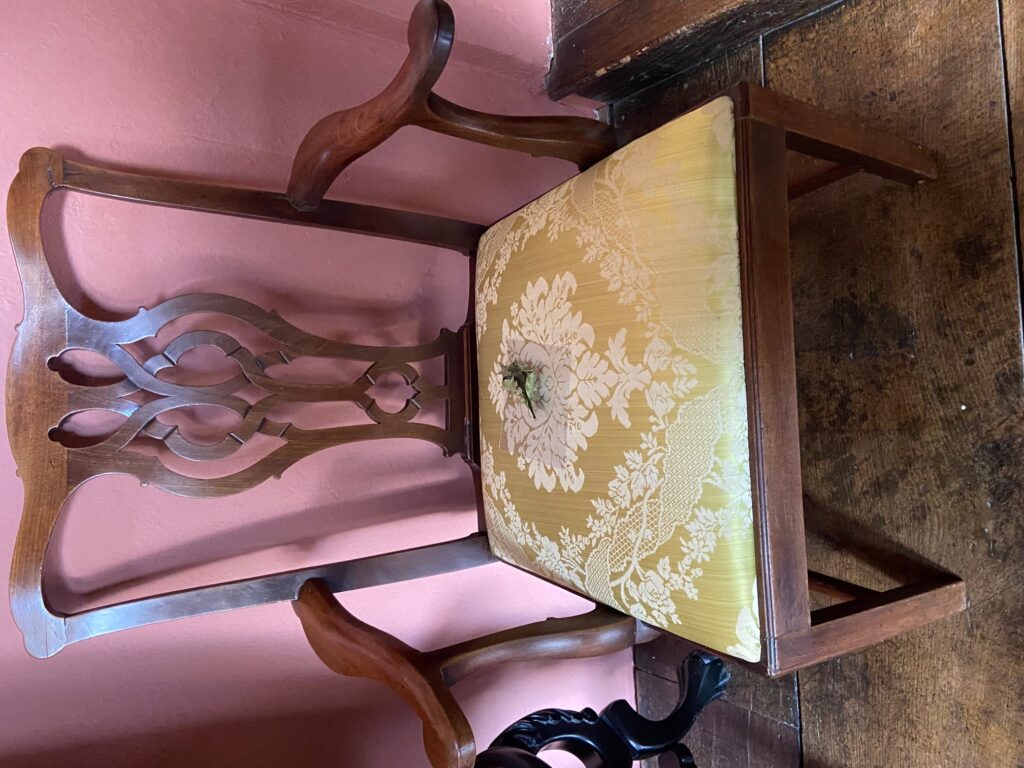 From Wales we headed north to Cumbria, and stayed near Sizergh Castle, home for the last 800-years to the Hornyold-Stricklands. (I should clarify that Hornyold is their name, not a judgement on how they care to spend their free time.)

As with so many country piles, the castle and grounds were gifted to the National Trust, but the current Count Hornyold narrates the welcome film, and seems a wonderful character. Instead of several boring “please do not sit on this ancient chair” notices, there is simply a large sprig of holly adorning each one.

Clear communication at its best.