Before I passed my driving test in the 1980s my instructor – as most did and still do, I’m sure – spent part of my lessons drilling me on the Highway Code questions I might be asked in my test. This wasn’t just to help me pass, it was to ensure I was aware of the rules of the road and would be a safer driver once let loose.

He warned me that there were a couple of ‘trick questions’ the examiners were known to throw in, one of which was “When do pedestrians have right of way?”

The response most learner drivers gave, my instructor explained, was to list various Zebra, Pelican, or other traffic crossings. But the answer the examiner would be looking for was “always”.

In Stonehaven in the 80s, it was considered bad form to run a pedestrian over, even if they were jaywalking, or crossing where they shouldn’t be, like at an unmarked junction. The examiner, I was duly warned, would take exception to any other answer than “pedestrians have right of way all the time”.

Common sense to give way to those more vulnerable 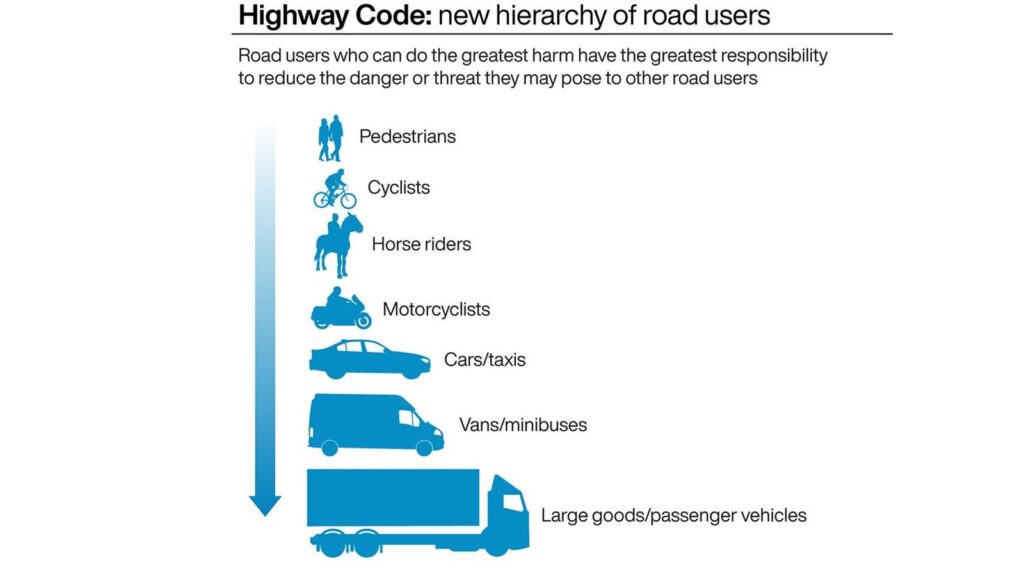 Which is pretty much the attitude that the changes to the Highway Code, introduced last Saturday, seek to underline.

As part of the revamp, car drivers should give way when pedestrians are crossing or waiting to cross at junctions. And to make themselves as visible to drivers as possible, cyclists are advised to ride in the centre of lanes on quieter roads, in slower-moving traffic, and when approaching junctions.

This formalisation of the common-sense approach adopted by my driving examiner back in in the 1980s, and of every reasonable, sensible, road-user before and since, is based on which type of road user is likely to cause most harm in the event of a collision. It means that someone driving will be expected to give way to people cycling, walking, or riding a horse, and cyclists will need to be aware of pedestrians and horses too.

Job done, then, or is it? Not so, apparently. For starters, the changes are only advisory, so non-compliers will get off scot-free. And if you’ve seen anything about the new changes, you’ll have seen complaints from drivers about cyclists riding ‘in the middle of the road’ or two-abreast, and about potential collisions if a driver stops to allow a pedestrian to cross and is rear-ended by a car who wasn’t paying attention.

The new cycling rules aren’t in fact new at all. The Highway Code has recommended for years that cyclists adopt a ‘primary position’ in the road, and that they should also ride two abreast.

The problem lies in education. The challenge is to change the mindset of drivers who think that because they pay ‘road tax’ they have priority. Adult cyclists need to get off the flipping pavements. And group cyclists must wake up to the idea that they don’t own the roads either, just because they’re travelling emissions-free.

All we need to share these spaces safely are courtesy and care. That’s surely achievable. 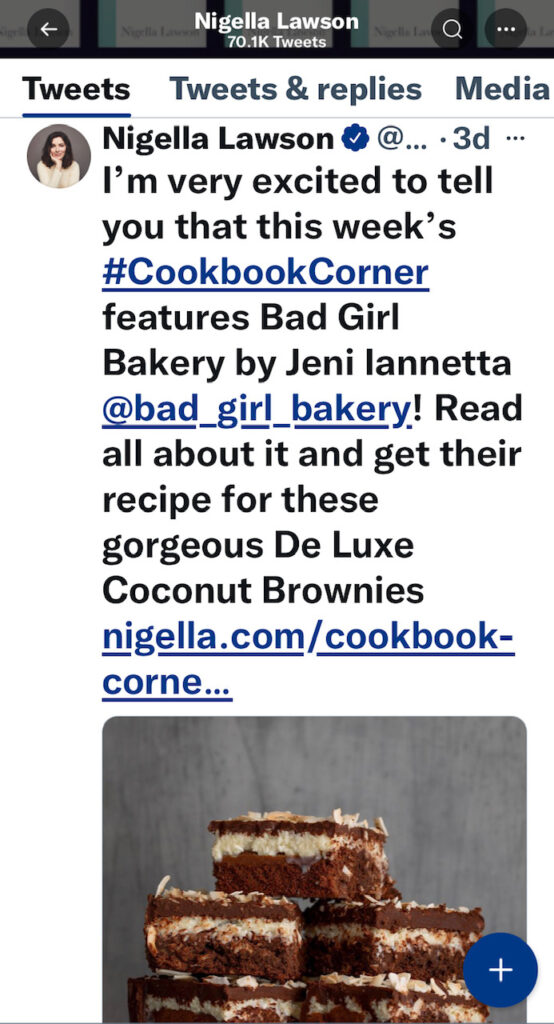 I love Nigella Lawson. Admittedly, I cooled towards her a little when she went through her ‘licky-fingers in the chocolate cake’ phase, but her writing is as delicious as her recipes. Her website is a source of foodie inspiration, and between that, and her social media ‘Recipe of the day’, there’s usually something I can make for tea.

And she’s generous, not just in sharing her own recipes, but in sharing those who inspire her too.

Nigella positively salivated throughout her review, enthusing, “I love everything about this book: its warmth, its down-to-earth voice, and its heavenly recipes.”

Nigalla’s not wrong, and with over 24 million social media followers hanging on her every syllable, I hope Jeni Iannetta’s publishers are ready to reprint.

It used to be so easy. Town centres were where we did our shopping, banking and socialising. We worked there too, and popped out over lunch to go to the shops and post office. But along came the internet, Covid, and working from home. We cemented habits of online shopping, remote working, and supermarket deliveries. To survive, our town and city centres need a radical rethink.

There’s no escaping this or pretending it’s not happening. With Glasgow’s Buchanan Galleries under threat of demolition, and Edinburgh’s Princes Street practically empty, Inverness, Elgin and Wick will need ambitious investment, or they’ll become deserts.

Thanks for reading.
Please share this with someone else who you think might enjoy it, and encourage them to sign up.
It’s free and easy, with no ads of spam, I promise :)