Stunt riders and wrestlers, fortune tellers and a ukulele band, Gaelic duets, 12 foot tall wicker badgers, story-telling and Chinese dragons with the faces of monkeys. Flash mobs and silent discos, book signings and whisky cocktails, yoga, hippies, a giant tin of Spam, and wellie-clad brides. What do all these things have in common? No. They’re not your wild dreams after a night on the razzle; or if they are, you should watch what you’re drinking. They are all ingredients in the wonderful and eclectic mix of performance, art and audience that goes to make The Belladrum Tartan Heart Festival the most fabulous and friendliest of all.

And it’s not just me who thinks that – an online survey last week put Belladrum at the top of UK summer festivals, with a persuasive 68% of the vote. Even the weather couldn’t dampen spirits last weekend, although not for the lack of trying.

As always happens at Bella, I never see half of the acts I plan to see. I might have seen more if I’d been there for longer, but a combination of work and family commitments kept me away till Saturday morning. But in my 12 hours on site (12 of the driest, I was lucky) I saw more to make me dance, laugh, think and wonder, than most of us see in a month of ‘normal’ living. I bumped into friends and former colleagues – some of whom I hadn’t seen since last year’s Belladrum – and I ate the best veggie stovies I have ever had…in spite of the oatcakes having run out. 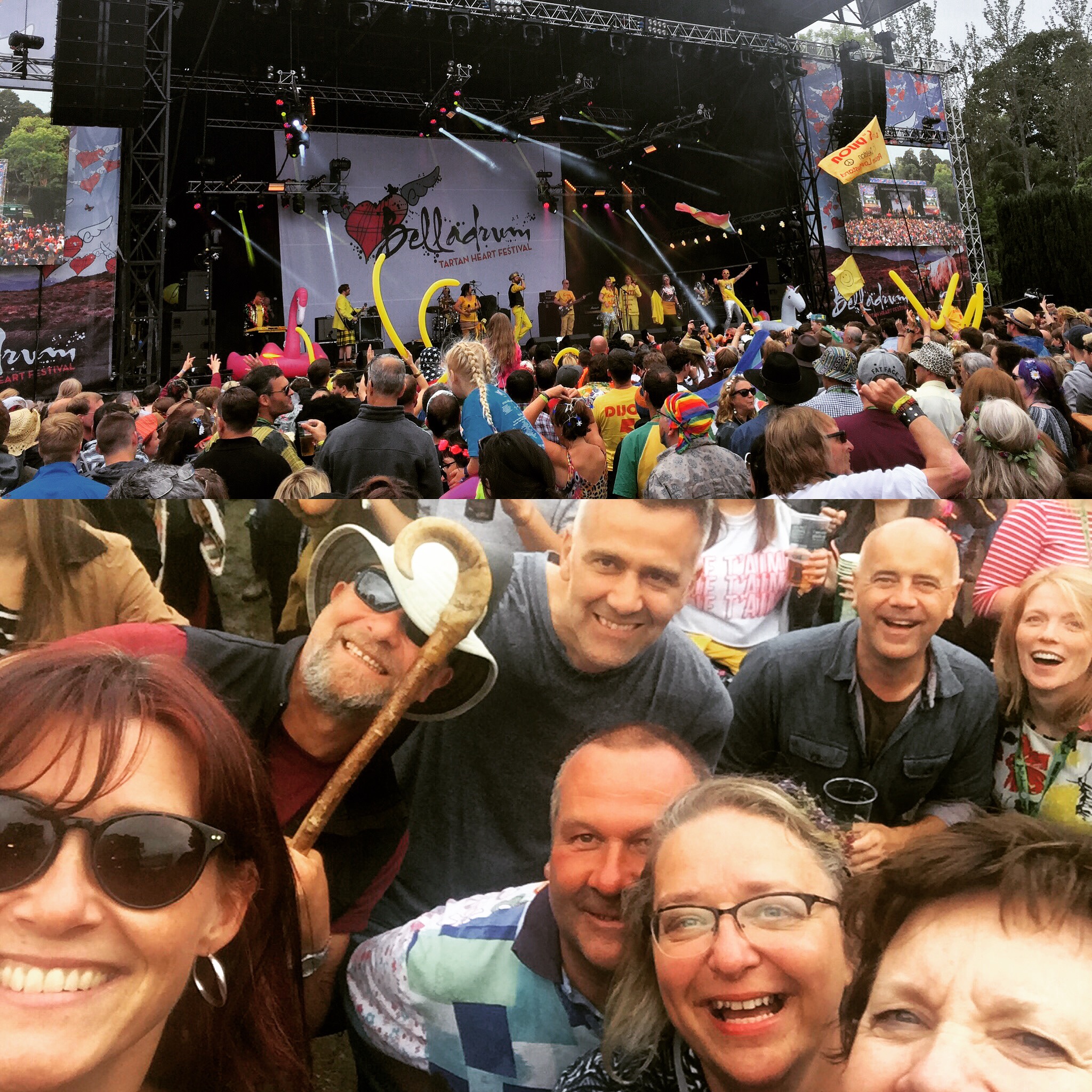 My Belladrum – as ever – was a sober one, which is exactly as I like it – I prefer to drive home and put my 50 year old bones to sleep in my own bed…and to be able to wash off the mud in a hot, private shower. I was there partly to work, but there was enough time between my (very pleasurable) commitments in the Verb Garden tent for me to sing, dance, eat, laugh shop and talk. I did lots of talking, and even a little listening. And the word I heard most often? ‘Random’. One friend, far more experienced in music-festivals than I am (and standing under a huge pink umbrella in spite of the rain having stopped), said he had stopped asking himself ‘why?’ about what’s on the bill at Bella.

“Why have Danny MacAskill’s stunt cycling team at a music festival?” he asked himself a few years ago. “Why have wrestlers or circus skills classes?”

“And the answer”, he said, “is always ‘because it’s Belladrum’. And that’s what makes it so special.” 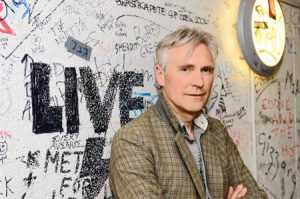 Joe Gibbs has made it his life’s mission to buy back the parcels of land to patch back together his family’s former estate. It was sold by his grandparents and split up by a Dutch investment company, but Belladrum is now back in the family. Creating the music festival 14 years ago helps to keep the estate financially viable, as well as creating, officially, the best festival in the UK.

Chatting to him on Saturday morning he had a wide and easy grin which belied the months of hard work and preparation that had gone into the three day event.

‘Isn’t this fabulous?’ he laughed, gesturing at the hundreds of people waking up across the campsite, being entertained over their breakfast by singer-songwriters at the smaller stages, or picking their way through the mud to catch the ‘singalong Muppet Movie’ in the Verb Garden.

I expressed my concern that his mud-churned garden might never be the same again.

The events I was booked for were eclectic, to say the least, but they gave a flavour of the ‘something for everyone’ attitude that Joe and his team have.

At lunchtime I chatted with Bulgarian born, now Highland-living author Kapka Kassabova, about her journey to the border country between Bulgaria, Greece and Turkey, an area still affected by the atrocities committed there as refugees tried to flee to the West during the Cold War. At teatime I interviewed folk legends Gallagher and Lyle ahead of their performance that evening. Although successful recording artists in their own right they have written some of pop’s biggest hits, Lyle’s co-creation of Tina Turner’s ‘What’s Love Got to Do With It’ was responsible for the revival of her career. And in the evening I was a judge for the Slam Poetry competition – eight of the UK’s finest poets performing their work about feminism, chop shops, nimbyism and – you had to be there to believe it – naked contortionists. 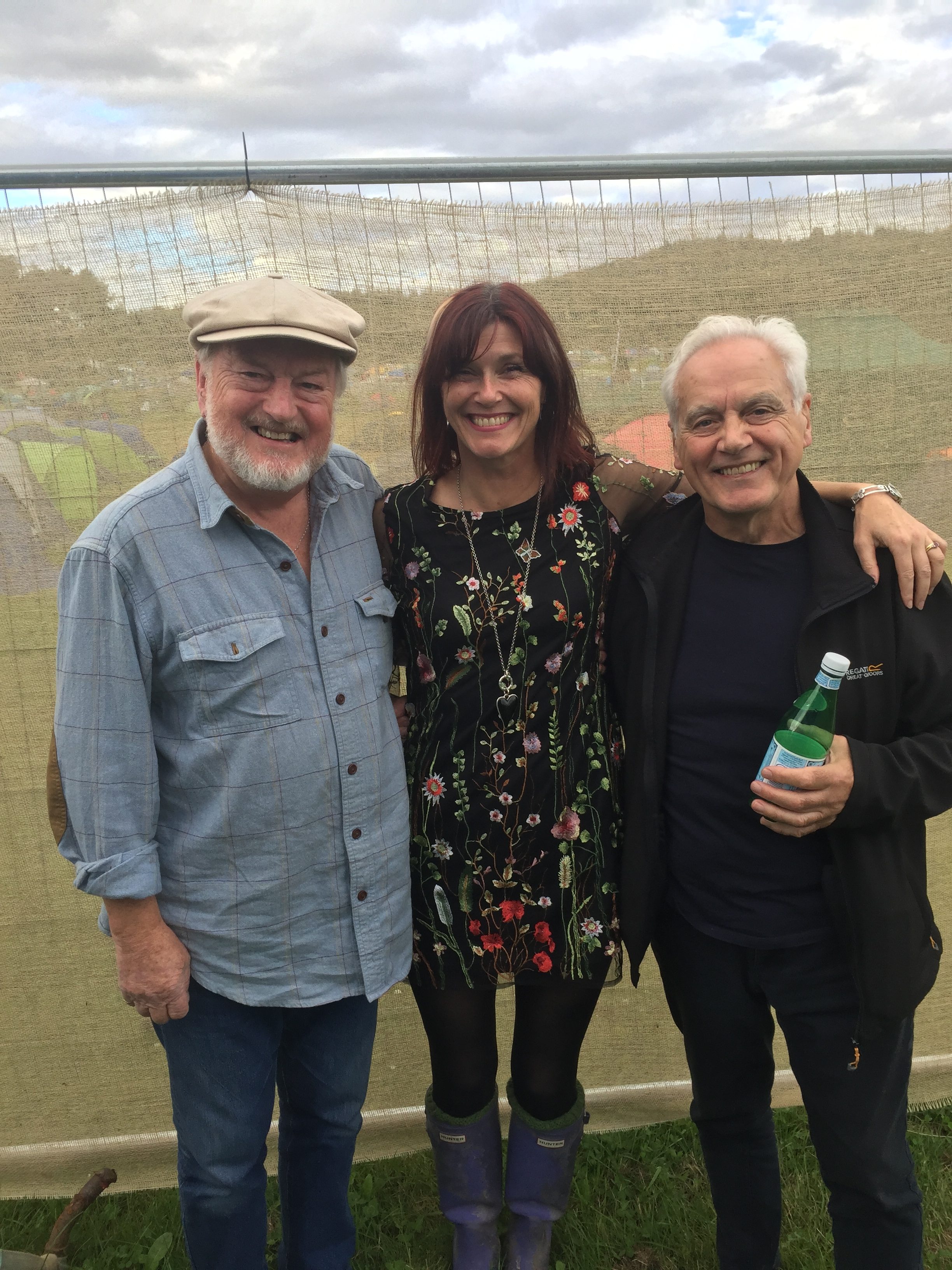 T in the Park is currently ‘on a break’ and Loopallu is heading towards its final outing later this summer. But Belladrum seems to be going from strength to strength, evolving organically, eclectically, artistically and brilliantly, and getting better every year. The music almost seems ancillary.