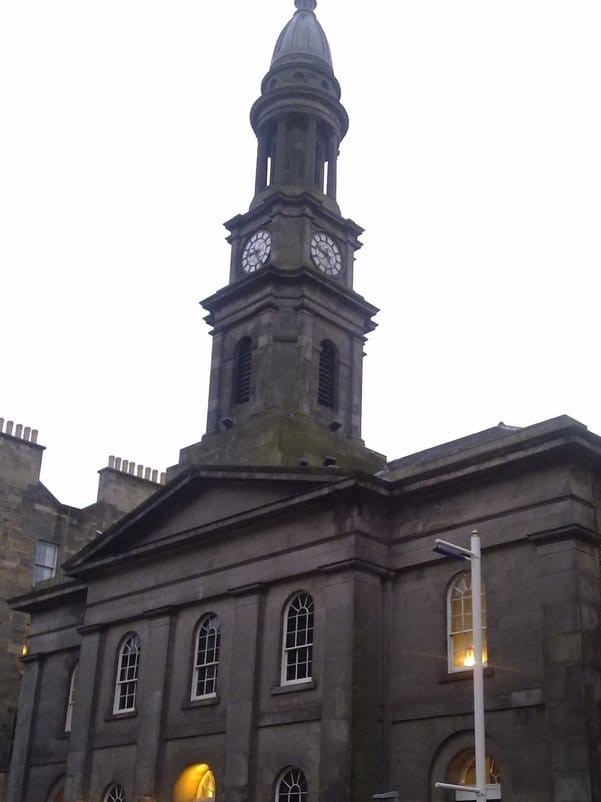 The Queen’s Hall. Back where it all began.

Mr Marr and I met at work… back in the days when that wasn’t frowned upon. I was a student in Edinburgh and needed a part time job. My flat was opposite The Queen’s Hall, and I popped in on my way home from lectures one afternoon. Renee at the Box Office was lovely, but sorry – there were no vacancies. Why didn’t I ask at the bar?

There was a tall bloke behind the bar as I approached – he was cleaning out the beer pipes. He was wearing jeans and a navy polo shirt and could probably have done with a shave. No, they didn’t need any staff either, but I could check with the kitchen… Christine in the kitchen was lovely too, but no vacancies there either. But she did take my number.

Minutes later, as I opened the door to my flat, the phone was ringing. I answered it, and I was surprised to hear Christine’s voice. Apparently, someone had just called in sick – could I start that evening?

We skirted tentatively around each other… 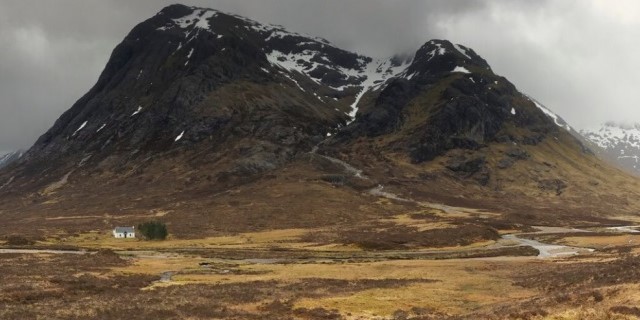 I wasn’t particularly in the market for a relationship, but you know how it works. Mr Marr and I (for he, Dear Reader, had been the tall, unshaven boy behind the bar) skirted tentatively around each other for a while. We dated a couple of times, then decided, on crazy whim, to walk the West Highland Way. At Fort William we called work from a phone box… could we have another week off? After catching a ferry to Skye, then another to Raasay, we hitched back to Edinburgh. We moved in together later that week.

At every place I have ever worked, full-time or casually, there have been couples. Many of my friends and family met their current partners at work too; doctors with doctors, dentists with dentists, teachers with teachers. You get the picture. It makes perfect sense. The chances are that co-workers will have similar interests and values. They’ll spend hours together every day. There will be staff parties and drinks after work, and we all know that a sprinkling of alcohol can help the magic to happen. But could all that be under threat? 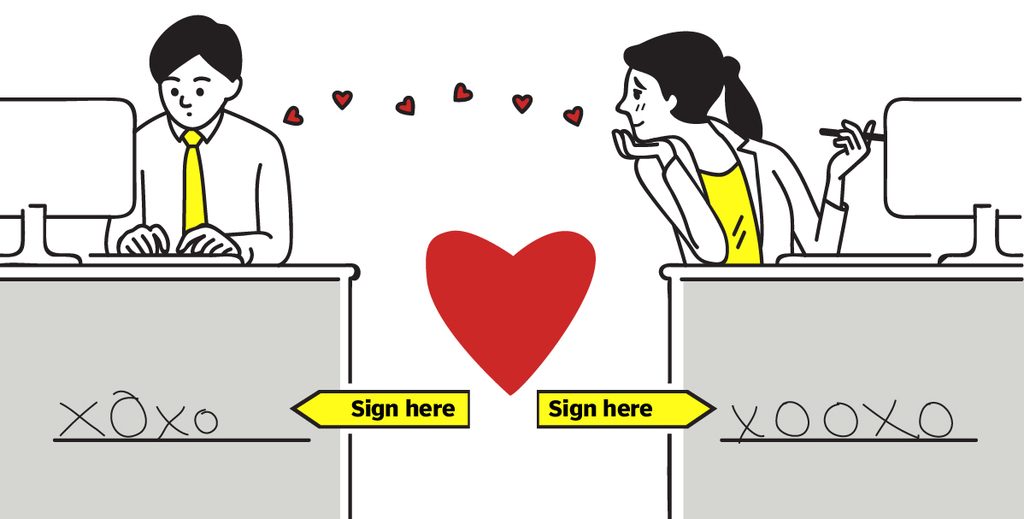 Do we really need love contracts for work?

Over the last few years some larger employers have introduced ‘love contracts’ into employment contracts, either banning workplace relationships altogether, or requiring couples to disclose their relationship status. The idea originated in the US, largely to protect employers from sexual harassment suits and to ensure ‘above-board’ transparency, and it’s gaining traction here. In some organisations, couples will be separated – one moved to a new branch, perhaps – to avoid one having to manage the other’s workload and performance. Love contracts hit the headlines this week after the Chief Executive of Macdonald’s was fired when it transpired that he was in a consensual relationship with an employee.

I get it. There could be situations where a manager abuses their position in the company while ‘dating’ a subordinate. The lines between flirting and harassment can occasionally become blurred, especially when there is an imbalance in power; the #MeToo movement brought that sharply to our attention. And can a boss ever be fully impartial about discipline and performance at work when having to assess their partner?

Stuck between warring exes in the office?

It’s fraught enough when a relationship is going well, but what if you break up? How awkward to have to work alongside an ex-partner when a relationship has soured. Is one of you going to have to find a new job? Which one? And it’s just a little bit tricky for everyone else in the office too. No-one wants to get stuck for 40 hours a week between warring exes.

How soon do you declare your status to HR?

But I have a serious issue with love contracts. Everyone is entitled to a private life – even at work. And while your company may say it’s fine to be together if a relationship is disclosed, at what point should you be turning up at HR with your signed declaration? After the first snog at the Christmas Party? The morning after the first night you stayed over together? And if it all fizzles out quite quickly, do you really want every workplace flirtation on your employment records?

Let adults be adults, at work and at home

I doubt Macdonald’s boss Steve Easterbrook will be fretting much about his sacking. His 2018 salary was reportedly £12.3 million; enough to keep him in Big Macs and fries for the foreseeable future. What has become of his partner has not yet been disclosed. But that’s not the point. The point is that companies who pay adults to do a responsible job should let those adults be adults, both at work and at home, as long as it’s not impinging on their work performance. Our private lives should be none of our employers’ business.