Is that a glimmer of optimism on the horizon?

I’m no economist, as my accountant will confirm, so please don’t quiz me for details about the strength of the economy or the impact of the twin whammies of Brexit and Covid. And whatever you do, don’t hold me to any of my hazy predictions about what’s going to happen next.

We’re not out of the woods yet, certainly not across all sectors. But could that be a glimmer of optimism on the horizon?

I’m feeling hopeful, and that’s partly because I’ve spent the last few days reading through shortlisted entries for two prestigious awards ceremonies that are coming up later this month. I’m delighted to be hosting both events; the Scottish Highland and Island Rural Economy Awards (thankfully known as The Shires!) will take place virtually on 18th November, and Inverness Chamber’s Highland Business Awards will be celebrated – in person, hooray! – on the 25th.

Some fell through the cracks…

Entry numbers for each were impressive compared to pre-pandemic years. And the entries, read in conjunction with discussions at a round-table business dinner I attended at Drumossie Hotel last Thursday, have fuelled my sense of hope.

Of course, not every business has survived these turbulent times. Some fell through cracks of Rishi Sunak’ support and just couldn’t weather the storm. But that shouldn’t stop us from celebrating those businesses who did find themselves agile and adaptable enough to find new ways of working, new markets, and new opportunities. As with many things in business, luck will have played its part. But many businesses have flourished. 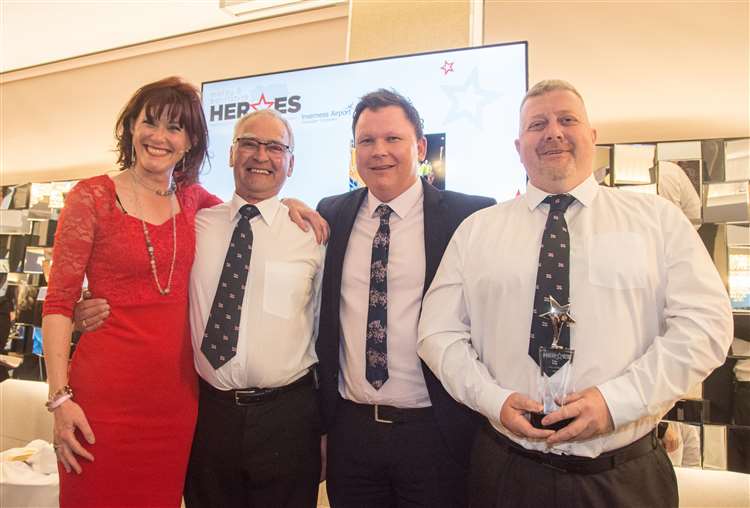 With some of the winners of the last Moray and Banffshire Heroes Awards. Image: Northern Scot

Local Heroes are being celebrated too

And it’s not just businesses that are being celebrated this season. The wonderful Moray and Banffshire Heroes and Highland Heroes awards ceremonies have just been launched. More than any other awards ceremonies I host, the ‘Heroes’ celebrate ordinary people who do extraordinary things for others. And there’s rarely a dry eye in the house on the night.

Heroes finalists and winners are the unsung members of our communities – individuals who do their best to improve the lives of others by helping friends, neighbours, and strangers through difficult times. They are carers, volunteers, and charity fundraisers, and those who take steps to combat loneliness. Or they are public servants who go the extra mile in their jobs in health, education, and the emergency services.

Who has made your life better, this past wee while?

The Heroes awards ceremonies, which will take place in Elgin and Inverness in the spring, rely on your nominations. Details of how to nominate can be found online, just search for ‘Moray and Banffshire Heroes’ or ‘Highland Heroes’ and fill in your 200 words before the deadline.

Times have been tough economically, personally, and globally. But as we tentatively emerge again, it’s important to give recognition to the organisations who are the financial backbone of our communities, to the public servants who look after us and our children, and to those who care, fundraise and volunteer. And let’s shine a light on the children who inspire us too.

Taking a moment to pause, pay respect, and offer gratitude where it’s due, is always worthwhile.

‘Festive Business Casual’. What the…? 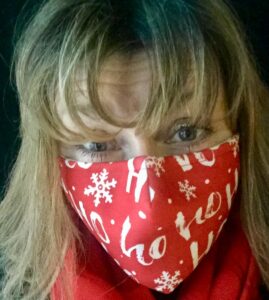 It’s wonderful to be able to properly socialise again. Who’d have imagined 20 months ago, that before every night out or networking event, we’d be sticking swabs up our nostrils, and adding ‘mask’ to our leaving-the-house checklist of ‘keys, phone, wallet’? It feels as natural as if we’ve always done it. Of course, I’d rather not have to, but I’m playing the game. Even without any clues as to when the final whistle might sound.

But can anyone remember what to wear? I have forgotten how to dress for polite company. The clothes in my wardrobe all seem too stuffy, and I’m struggling to interpret that dreadful networking standard, ‘business casual’.

And a new threat arrived in my inbox today; a December invitation to dress in ‘Festive Business Casual’. Short of tinsel or a flashing Santa hat, can anyone help? I’m not sure I can cope…

I’ve taken my time to decide about The Gathering Place, the new artwork that curves out over the River Ness, which has been wildly controversial. But now that it’s here, I like it. Of course, you may not agree. And if you don’t, you’ll probably let me know.

What I will never like, is the way in which it came about – the opportunities and money that were lost due to indecision, lack of consultation, and lack of ambition. There are real lessons for Highland Council from this – I sincerely hope they remember them for the future.