Are petitions ever worth the (ahem) paper they are written on?

The rise of online petition companies like Change.org and 38Degrees.org.uk make it easy for us to add our voices to causes we believe in, and to stand up and be counted. A petition is a hammer in our toolbox of democratic options – if 100,000 of us add our names to a cause, it will be considered by the Government’s Petitions Committee. Isn’t that fantastic? Doesn’t that make you feel listened to?

To be honest, if it does, it shouldn’t. The important word here is ‘considered’. The Petitions Committee might have an obligation to consider, but they have no obligation to act. Looking at the impact of recent petitions, it would appear that the hammer in our toolbox is made of nothing stronger than cotton wool.

Is there any point to petitions?

By March 2019, 6.1 million of us had signed a petition requesting the Government to revoke Article 50 to allow the UK to remain in the EU; we can all see how well that went. 4.2 million of us had previously petitioned for a second referendum; that fell on deaf ears too. And in January 2017, 1.8 million of us called for Donald Trump to be banned from an official state visit to the UK. In response, our nation rolled out the red carpet.

On that record, one might question the point of the Petitions Committee at all. Clicking and sharing is easy, but potentially too easy. Does signing a petition make us feel as though we’ve done our bit, so we can tick ‘protesting’ off the list and go back to our daily lives? It probably does. Is the real role of the Petitions Committee then, to make us feel listened to, in order to stop us from rebelling?

If your Facebook and Twitter feeds are anything like mine (and I’ll admit I follow lots of news outlets, journalists, commentators and politicians) then most days you’ll be faced with two or three petitions and asked to sign and share. It takes seconds to do so. But increasingly, I’m not bothering. In fact, until today, the last one I signed was to pardon Alan Turing and the 49,000 other gay men who had been convicted under gross indecency laws. Common sense prevailed; those pardons were granted. 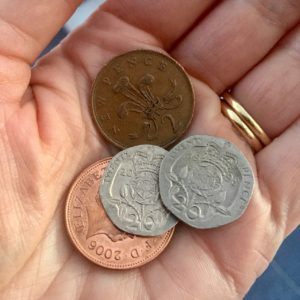 One current petition that I do support, though, is to save the BBC. I love the BBC. It’s not without its critics, but that’s because it is far from perfect. Its news coverage too often follows the pattern of a BBC anchor in the studio interviewing a BBC reporter on the scene, rather than interviewing the people at the centre of the story. It is constantly under fire for left wing bias, right wing bias or anti-SNP bias – almost every bias there is. But for 42p per day per household (not just per person) it is incredibly good value, and I’d like to keep it at least as independent from government and big business as it is.

You’ll have heard the rumours – Downing Street are apparently planning to scrap the license fee, prune down the service and replace it with a Netflix type subscription. I have both Netflix and Prime, but I am a tireless consumer of the BBC too. I turn to it for news, drama and documentaries. I download whole series and box-sets to watch on long train journeys and flights. I check its apps for the weather too. But most of all, I listen to its radio stations and podcasts.

I must declare an interest here – I am an occasional contributor to Radio Scotland – I express opinions, share experiences, and review theatre, books and TV. But it’s not my pocket-money earnings that I’m trying to protect, it’s my precious hours of listening; the podcasts and programmes that surprise me, educate me, and make me think, laugh and change my mind. Where would I be without the brilliant Beyond Today podcast, or my nightly fix of The Archers? I can nosily dip in and out of other people’s lives with 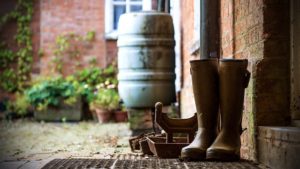 Desert Island Discs and The Life Scientific, experiment with quirky wellness tips thanks to ‘All Hail Kale’, and Sara Cox lets me know the weekend is nearly here with the joyous ‘All Request Fridays’ on Radio 2.

It’s a tough one. We must all stand up for what we believe in, and petitions are quick to sign, are reported upon in the media and do sometimes put pressure on our elected representatives to do the right thing. But with so many petitions being ignored, we can’t think of them as the only way to make our voices heard. And without the BBC, our voices will be a little quieter.